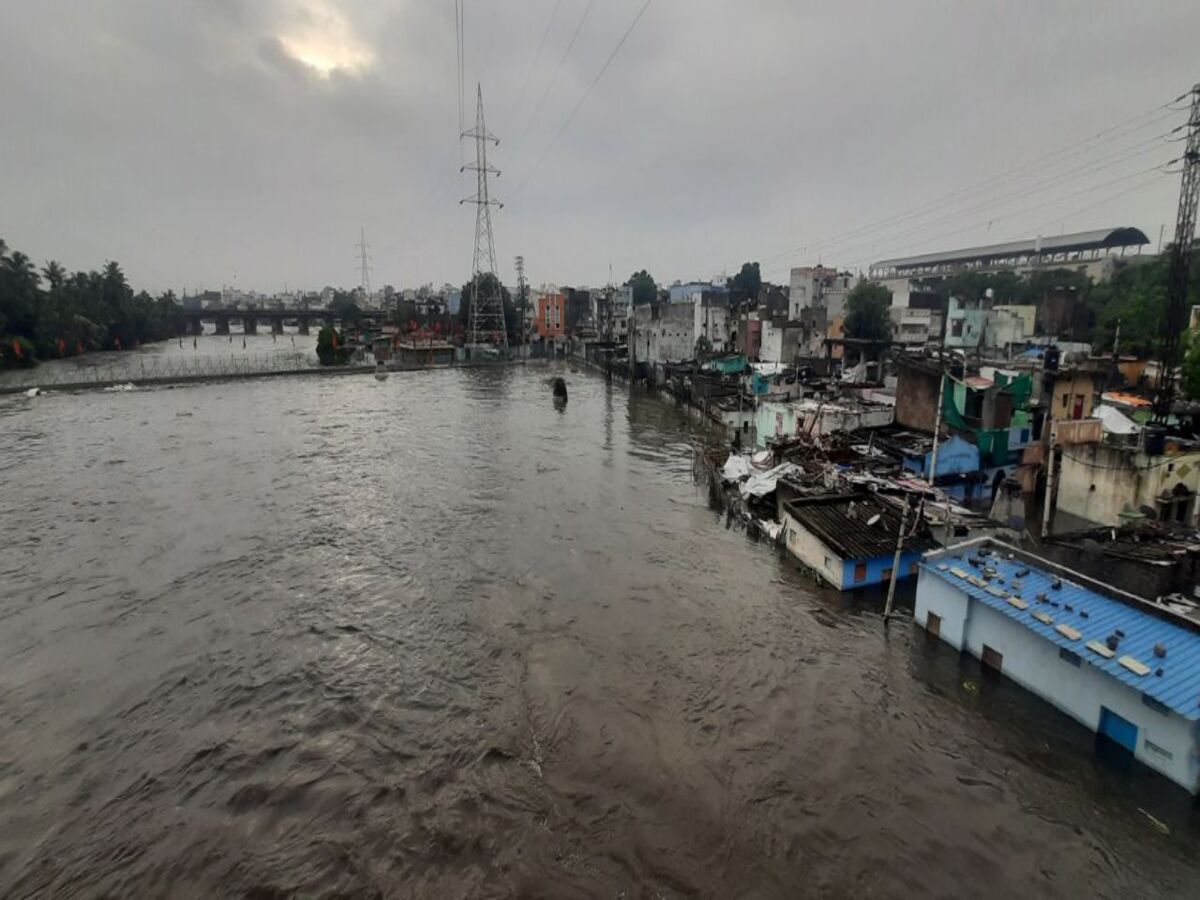 Hyderabad: The water level in the Musi river increased on Tuesday after authorities decided to open more gates of Osman Sagar. The excess water in the reservoir is being released through 12 gates.

Due to the huge inflow of water into the Musi river, the low-lying areas were inundated. Water entered houses located along the river.

Speaking to Siasat.com, residents said that the government had promised them that they will get houses under the 2BHK scheme, however, the promise still remains unfulfilled.

After seeing the rise in the level of water in the Musi River, authorities decided to close Puranapul and Chaderghat bridges as a precautionary measure.

Earlier, the Moosarambagh bridge was closed due to the high inflow of rainwater in the Musi River. Traffic police placed barricades to prevent vehicles from entering the bridge.

After lifting 12 out of 15 gates, the outflow from the reservoir is recorded as 7308 cusecs whereas, the inflow is 6800 cusecs.