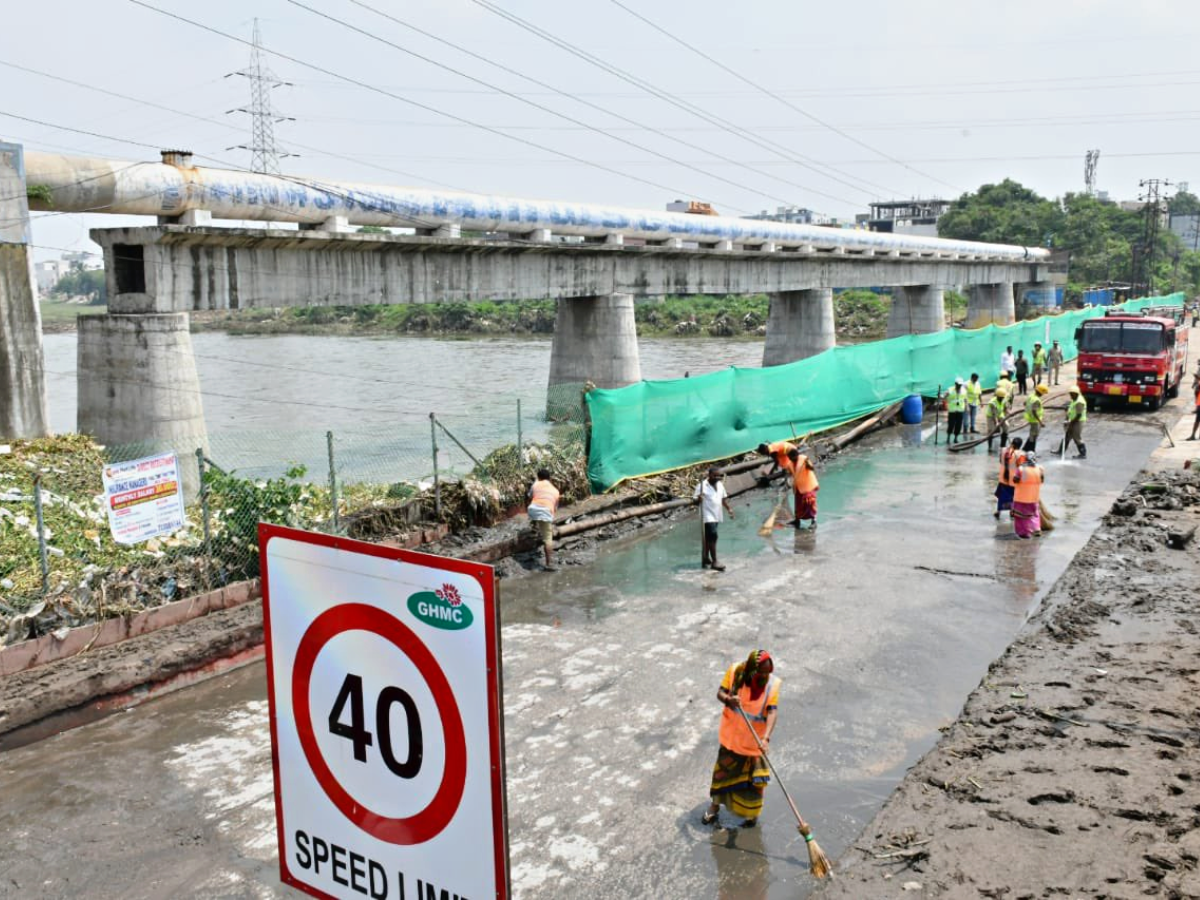 Hyderabad: Telangana animal husbandry minister Talasani Srinivas Yadav on Friday announced that Rs 52 crores have been sanctioned for the development of a new bridge in Moosarambagh after the existing bridge was heavily damaged by the Musi river’s overflow in the past week.

On Friday, Minister Talasani alongside home minister Mahmood Ali and MLA Kaleru Venkatesh inspected the Moosarambagh bridge which was inundated with water following heavy rains in the city. Minister Srinivas said that the construction of a newly-sanctioned bridge will start in 10 days.

Rs 42 crores have also been sanctioned for a new bridge in Chadarghat, he announced. Retaining walls will be constructed along the river if required so that the residential area does not get flooded, said the minister.

Minister Talasani said that due to the flood coming from the upper part of many canals in the city, the water entered the houses in the vicinity and people were facing severe problems.

“In order to solve that problem, under the strategic nala development program (SNDP), full-scale canal development works have been taken up on the initiative of Municipal Minister KTR. The development work of the canals will be completed by next June and July,” he said.

On Tuesday the city police blocked access to the Moosarambagh bridge due to the high flow of rainwater in the Musi river.

Barricades were set up by traffic police to prevent any vehicles from entering the bridge, and they had also issued a warning advising people to take alternate routes through Golnaka or Chaderghat to get to Amberpet and other locations.