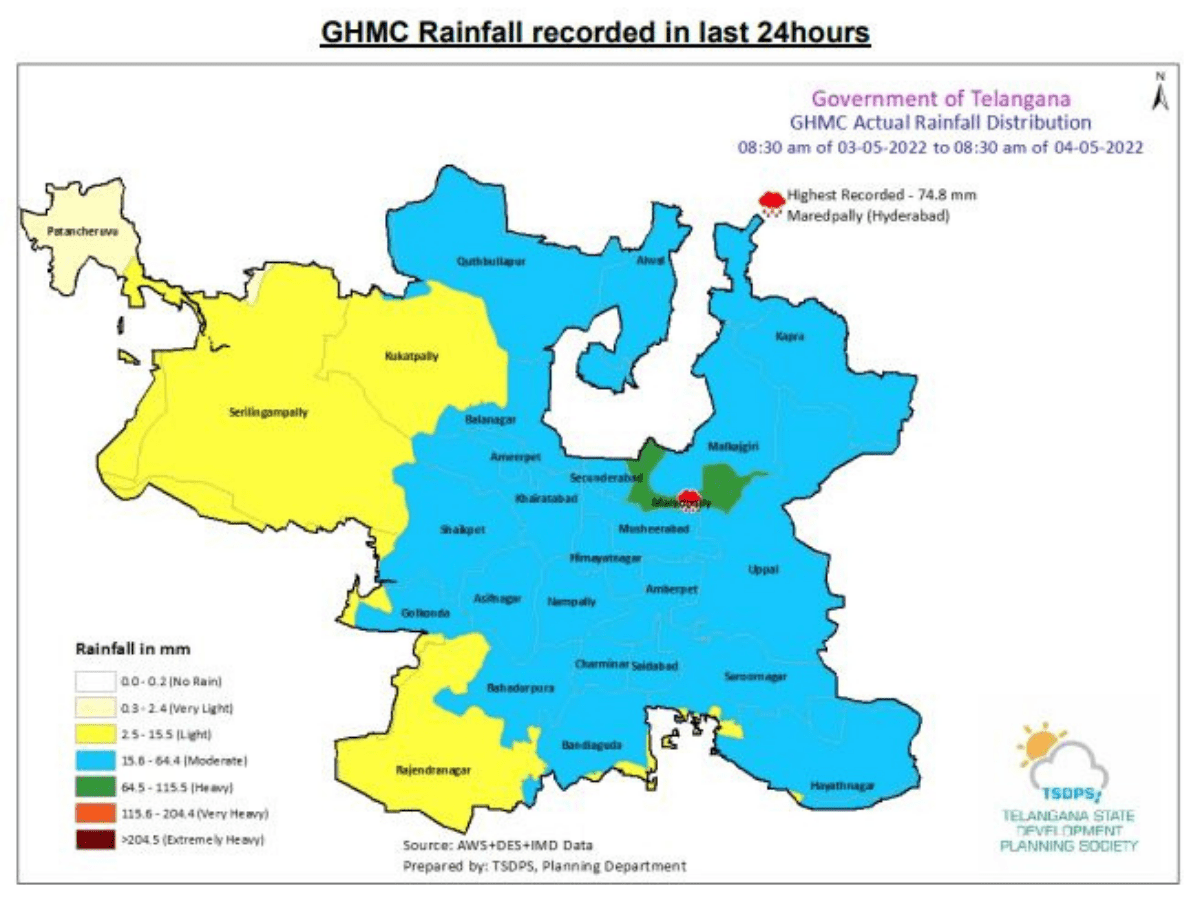 Hyderabad: Temperatures are expected to rise by 2 degree Celsius to 40 degree Celsius in Kapra, Mehdipatnam, Hayathnagar within the next three days according to the Telangana State Development Planning Society (TSDPS).

Telangana also witnessed an increase in average rainfall of 11.0 mm against a normal rainfall of 0.3 mm per day. Yadagirigutta in Yadadri Bhuvanagiri district received the highest amount of rain of 81.6 mm in the state.