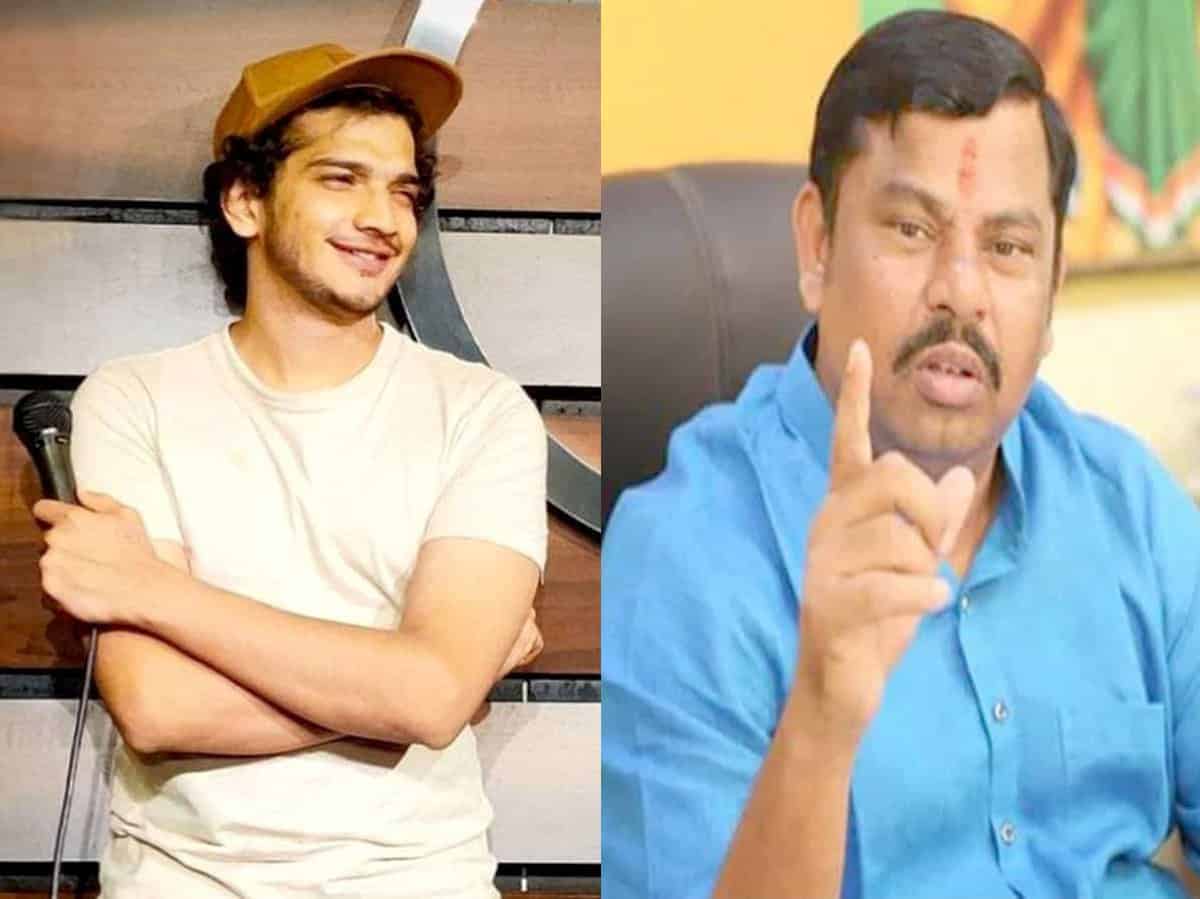 In a fresh video released on Sunday, Raja Singh used abusive words against Munawar Faruqui and said the police did lathi charge on BJP and BJYM workers who reached the venue to register their protest.

All the workers who were arrested were insulted, beaten up badly and made to sit near the washrooms in the police stations, even women were badly treated, Raja Singh said adding they put in best efforts to prevent the show.

“All this happened due to the IT Minister K T Rama Rao, who out rightly supported Munawar Faruqui. The Minister is ‘Rama Droohi and Dharma Droohi’. Our time will also come, we will show them at the right time,” he said.

He appreciated the people who had attempted to stall. “I thank all of them,” he said in the 2.19 second video circulated in social media.