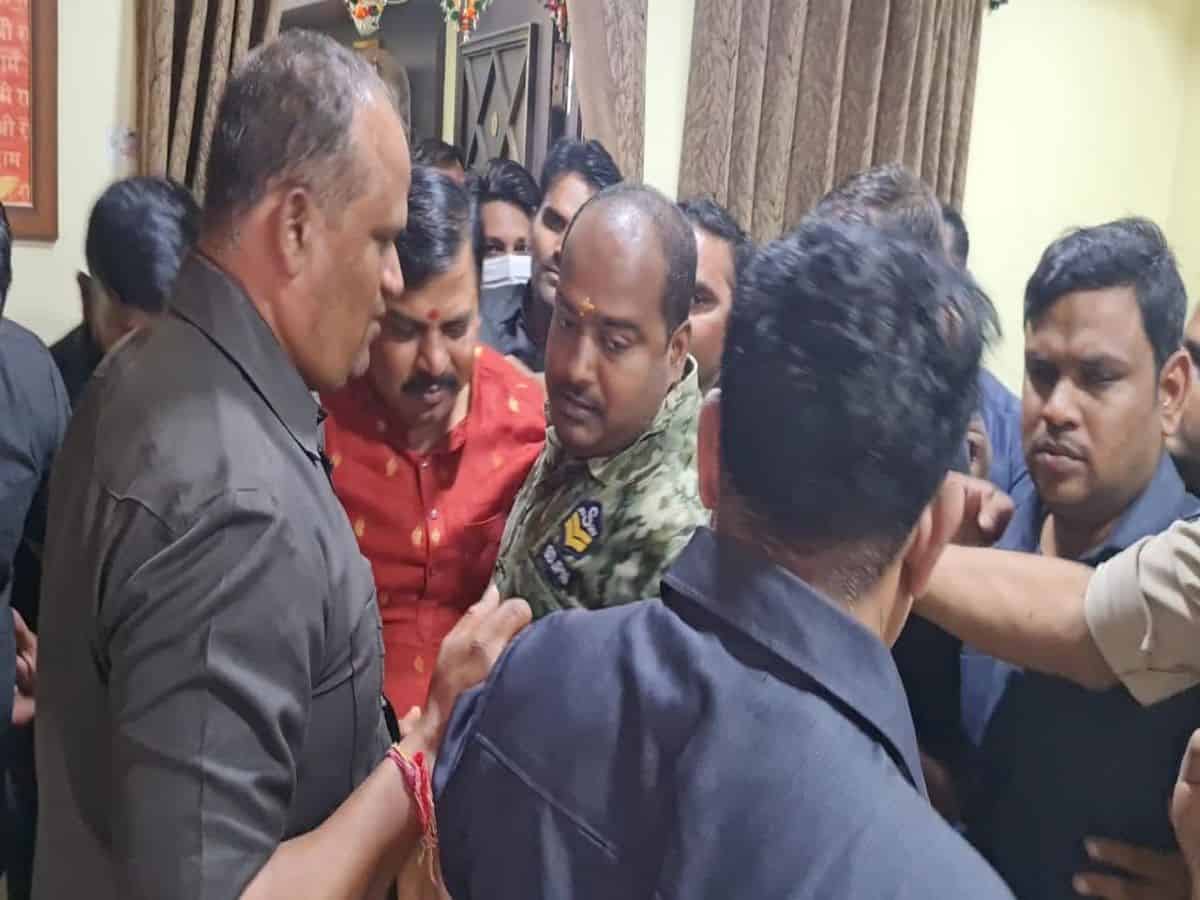 Hyderabad: Just a few hours after the registration of a case for alleged offensive remarks against Prophet Muhammad, the Hyderabad police on Tuesday arrested BJP MLA Raja Singh.

After the release of the offensive video, protests broke out in Hyderabad against Raja Singh forcing the police to register cases against him in various police stations.

A team of the commissioner’s taskforce along with the local police reached MLA’s house at Mangalhat and formally arrested him.

A case under IPC sections 153A, 295A, and other sections was booked at Dabeerpura and Shahinayatgunj Police station limits.

“We have arrested the MLA for hate-mongering and he will be produced before the concerned court,” said a senior police official of Hyderabad police.