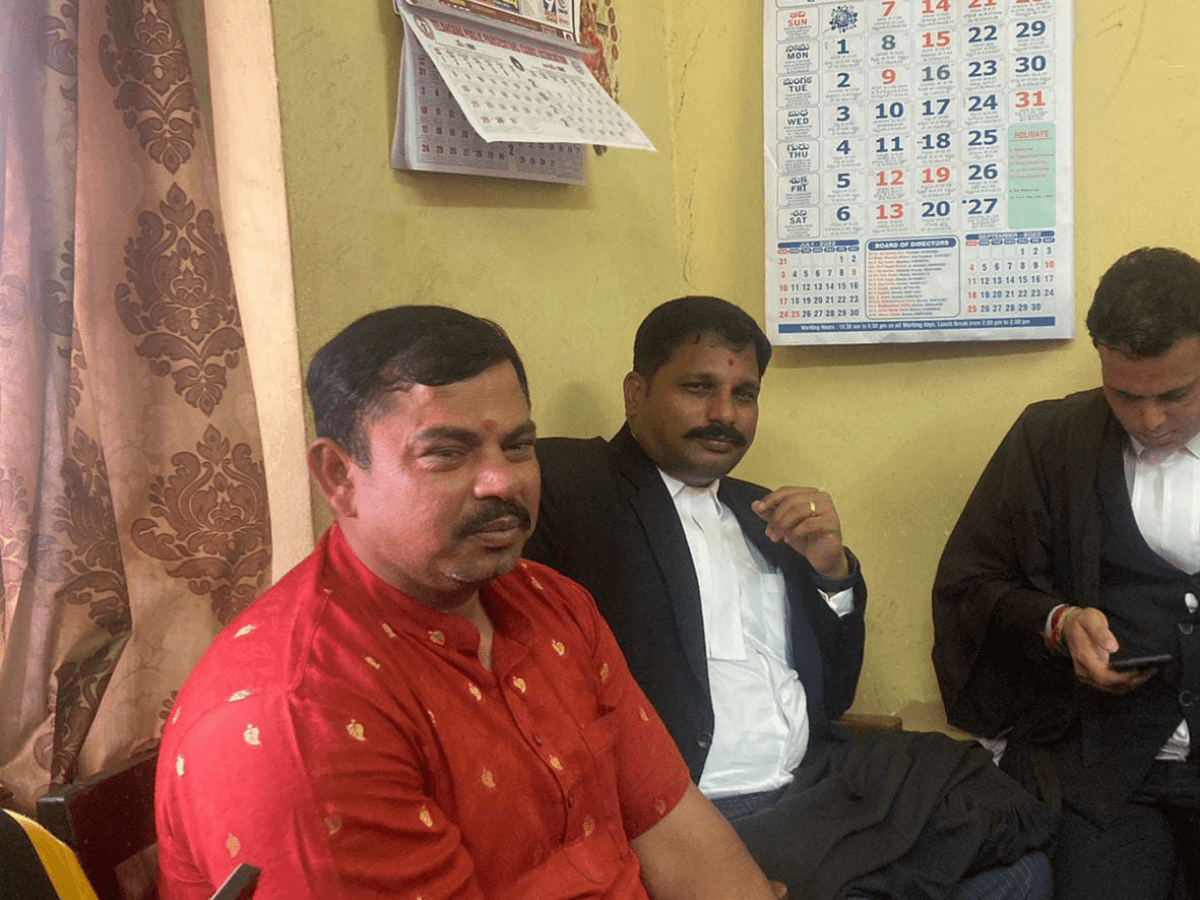 Carrying posters of Raja Singh and banners that stated ‘Raja Singh Zindabad’, the supporters pressed at the public meeting for the demand to release the MLA. He is currently lodge din Cherlapally jail, after he was detained for a year under the Preventive Detention Act by the Hyderabad police. The MLA made derogatory remarks against Prophet Muhammad in a video, which eventually led to his arrest.

Bharatiya Janata Party (BJP) Telangana president Bandi Sanjay, who was addressing the meeting, noticed the supporters waving pictures of Raja Singh and stated “PM Modi went to jail, Home Minister Amit Shah went to jail. What is going to happen will definitely happen,” he said appealing to the supporters to sit down.

Raja Singh’s derogatory remarks against Prophet Mohammed lead to disturbance in Hyderabad and Telangana, as many youth began protesting against him. The MLA has 101 cases booked against him, of which 18 were for communal disturbances. His comments came in retaliation against the state government allowing comedian Munawar Faruqui to hold a show at Shilpakala Vedika in Hyderabad.

After detailed studies, the police explored the option of invoking the PD Act against Raja Singh which did not mandate him to be produced in court.

On August 22, after the video was released wherein he allegedly made derogatory comments against Prophet Muhammad, the police decided it was enough. Keen on maintaining Hyderabad as ‘communal riot free state’, they booked cases in different police stations. The next morning, Raja Singh was arrested.

The suspended BJP MLA passed several derogatory comments against Muslims and Prophet Muhammad in the Youtube video. He was essentially unwilling to let go of the fact that standup comic Munawar Faruqui was allowed to hold a show in the city last week.

Soon after the release of the video, protests broke out in various parts of Old City. Later on, protests intensified against Raja Singh after he was released on bail. The BJP disassociated itself from his comments.

As things were going out of hand, chief minister K Chandrasekhar Rao held a high-level meeting and asked police to initiate tough action. High officials of the police at an internal meeting explored all options and considered invoking PD Act as a super available alternative.

BJP chief spokesperson for Telangana Krishna Saagar Rao earlier told Siasat.com that his party respects all religions and faiths. “We are a national party and we don’t support the statements of Raja Singh or hate speech,” he stated and clarified that the BJP does not support Singh’s remarks on Prophet Muhammad.

However, the court released him on conditional bail on Tuesday itself.

Raja Singh’s derogatory remarks against Prophet Muhammad were posted in a Youtube video on the night of August 22. It has been taken down since. Raja Singh posted it in retaliation to the Telangana government allowing comedian Munawar Faruqui perform in Hyderabad on August 20. He had threatened to disrupt the show, but was prevented from doing so by the police.

Raja Singh then took to Youtube, and posted his own video making derogatory statements on Prophet Muhammad, which he called a “comedy”. Protests erupted the same day around midnight and continued on August 23 following which the BJP MLA was arrested. The situation got worse in the night when scores of protestors remained on the roads. They remained tense on Wednesday as well.