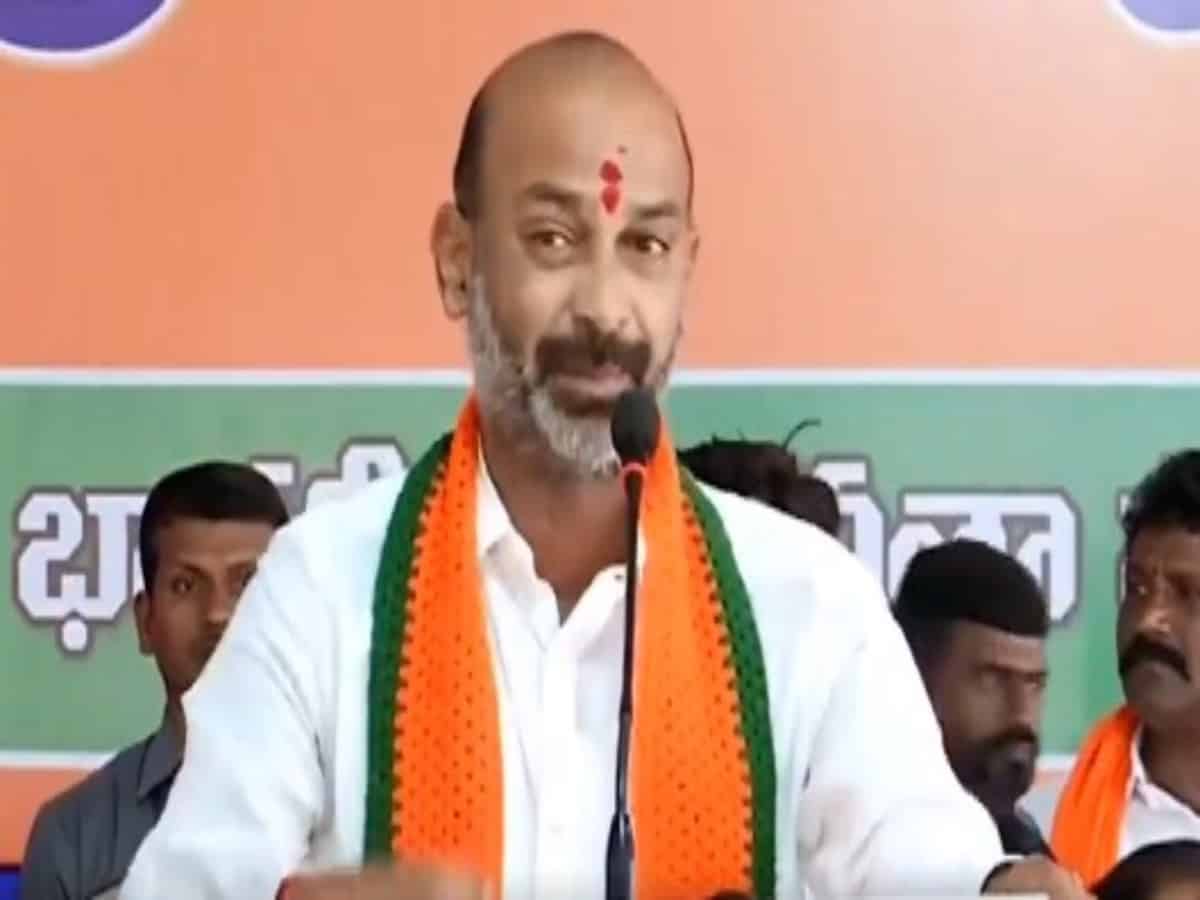 Hyderabad: BJP state president for Telangana Bandi Sanjay on Monday said that the police offered “star hotel biryani” to all of the accused involved in a rape case, including the adult, 18-year-old Saduddin.

Sanjay also alleged that the gang-rape case involving a 17-year-old girl was pre-planned and not an accident.

“Telangana has become a hub for killings and rapes,” Sanjay remarked during a public assembly in Jawaharnagar.

Sanjay went on to say that the TRS and its allies were known for “land encroachments.” Sanjay, who has been harshly critical of the state administration, has challenged chief minister K Chandrasekhar Rao to an open discussion on the TRS government’s eight-year reign and the BJP-led Central government.

Hyderabad Police Commissioner CV Anand had said that on May 28, at 1:10 pm, the victim along with one of the accused went to the pub and danced along until 1: 50 pm. “After that, he left to somewhere for some other commitment. The victim stayed back at the pub along with another friend of hers. At 3:15, another CCL approached her along with Saduddin malik and they behaved badly with her,” he added.

At 5:10 pm, due to increased molestation, she felt uncomfortable, and at 5:40 pm, left along with her friend to the pub to escape the bad treatment. All the juveniles, who reached there by 3 pm, according to the CCTV footage, planned the conspiracy in the meantime,” the commissioner said.

Post that, the accused followed her outside the pub. The victim’s friend had left her house after booking a cab. The CCLs trapped her after speaking to her. At 5:43 pm, the four juveniles along with the victim got into a Mercedes car to go to the Concu bakery. At the same time, four others (Saduddin Malik and three CCLs) got into an Innova car.

Insomnia pub is at Road no 36, Jubilee Hills while travelling to the bakery at Road no 14 Banjara Hills, in rotation, started kissing the victim one after the other forcibly,” he said. The Hyderabad police commissioner also said that the videos that are in circulation online, were taken by the accused and were passed around by them.

“They reached the bakery at 5: 51 pm and at 5: 54 pm, the victim got down from the Mercedes and got into the Innova. At 5: 57 pm, both cars were parked in the parking area. at 6:15 pm, the Innova left the bakery. In the Innova, accused one, Saduddin Malik along with five other CCLs and the victim, a total of seven, left the bakery. At 6:18 pm, one accused out of the lot returned due to a phone call or other reasons,” said Anand.