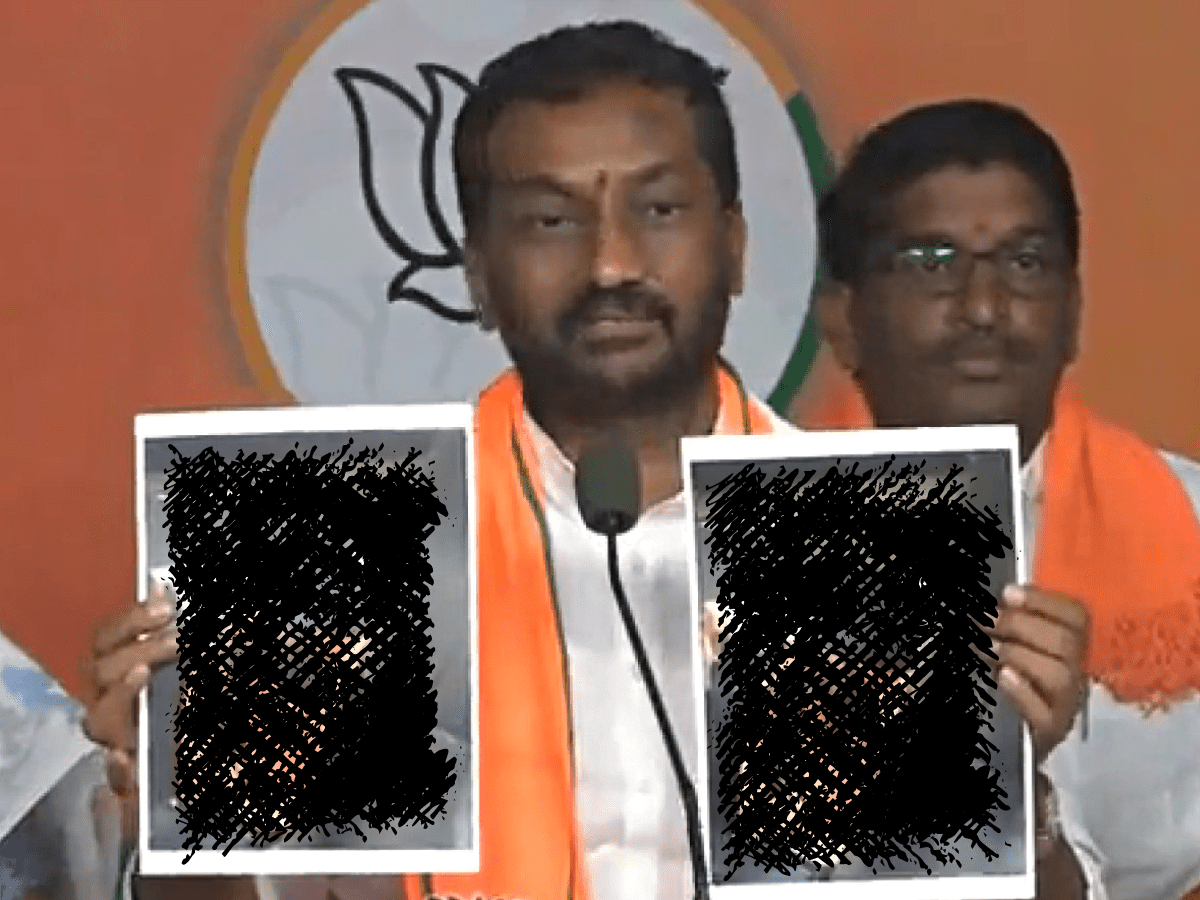 Hyderabad: The Abids road police booked a case against a Bharatiya Janata Party (BJP) MLA Raghunandan Rao for allegedly revealing the identity of a survivor in a minor gang rape case. The case was booked under Section 228A of the Indian Penal Code (IPC).

Last week, during a press meet the BJP MLA had shown a video and a picture of a woman in an intimate position with a person, alleging that three other persons including the son of an AIMIM MLA is seen in the video.

Raghunandan Rao then stated it is “proof” that the son of an AIMIM party MLA was present in one of the cars with the victim and the police were reportedly trying to shield the MLA’s in the case.

Soon after the video clip was released, it went viral on social media platforms and the act of BJP MLA drew a lot of criticism from various quarters.

A 17 year girl was allegedly gangraped in a car by five persons at Jubilee Hills ten days ago when she gone to attend a party at a pub. The suspects had reportedly lured the girl offering to drop her home in the car.

Four persons have so far been arrested in the case.