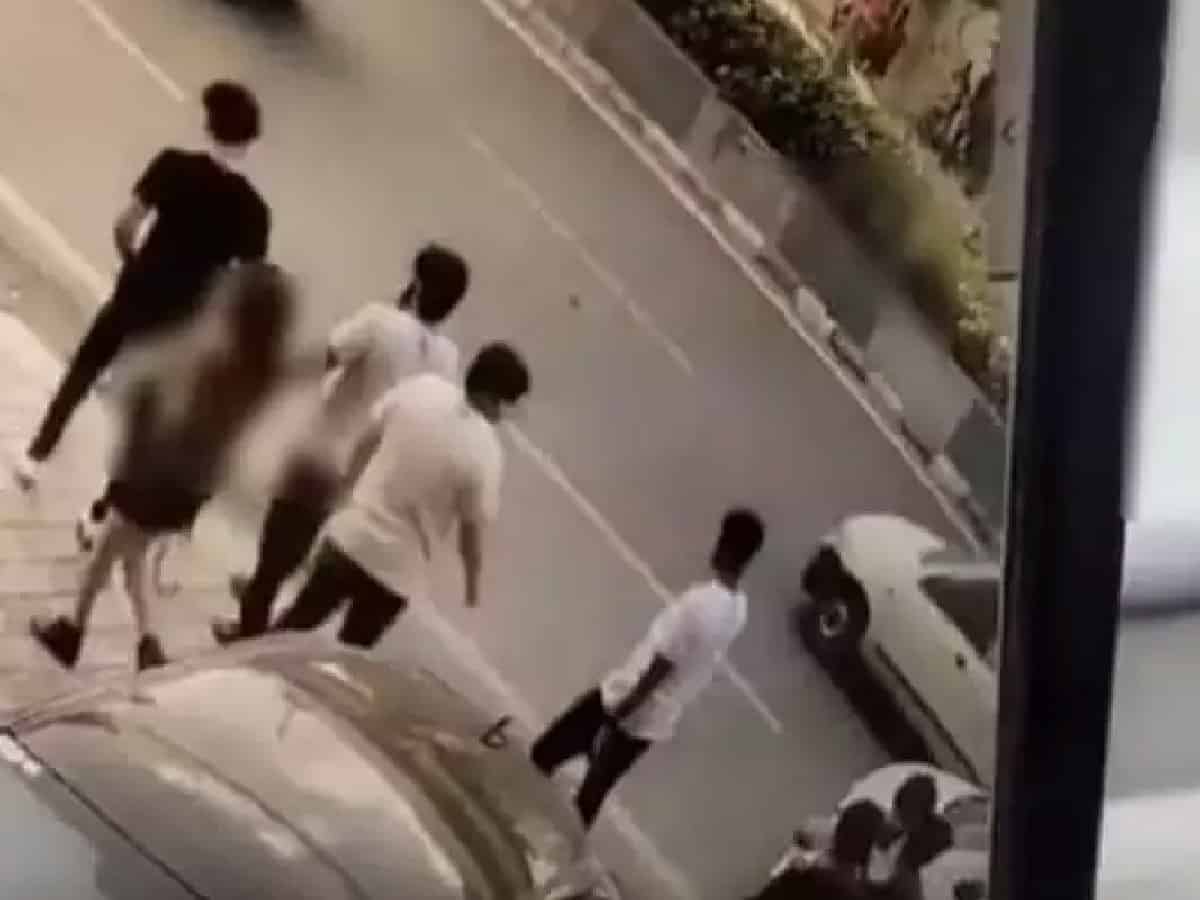 Hyderabad: As the investigation progresses, information about the Jubilee Hills gang-rape of a minor on May 28 surfaced on Monday that the incident was pre-planned.

Analysis of Prima Facie evidence suggests that the incident was pre-planned, police sources revealed to the Times Of India.

“The five accused – including four minors and one adult – committed the crime in a pre-planned manner. They even had condoms on them and used protection while committing the offence,” a police official said adding, “We are trying to ascertain where they got the condoms from.”

Police have also collated the Call Data Records (CDR) of all the accused and will use them to question them further on Monday.

Meanwhile, four accused of gang rape underwent potency tests on Saturday. One of them underwent the test on Sunday. Police are awaiting reports of the same. Police also recreated the crime scene at Jubilee Hills Road number 44.

On Sunday, the accused said during the interview that the victim was ‘affable’, and confessed that they took advantage of her ‘friendly attitude’ to sexually exploit her. “Irrespective of who raped her first and at whose provocation, all the boys ultimately engaged in the offence and that’s the truth,” the official said.

On Monday, the five juveniles, including the son of a Telangana Rashtra Samithi (TRS) leader and that of another legislator of Majlis-e-Ittehadul Muslimeen (MIM) were brought from Juvenile Home to Jubilee Hills Police Station for questioning.

Hyderabad Police Commissioner CV Anand had said that on May 28, at 1:10 pm, the victim along with one of the accused went to the pub and danced along until 1: 50 pm. “After that, he left to somewhere for some other commitment. The victim stayed back at the pub along with another friend of hers. At 3:15, another CCL approached her along with Saduddin malik and they behaved badly with her,” he added.

At 5:10 pm, due to increased molestation, she felt uncomfortable, and at 5:40 pm, left along with her friend to the pub to escape the bad treatment. All the juveniles, who reached there by 3 pm, according to the CCTV footage, planned the conspiracy in the meantime,” the commissioner said.

Post that, the accused followed her outside the pub. The victim’s friend had left her house after booking a cab. The CCLs trapped her after speaking to her. At 5:43 pm, the four juveniles along with the victim got into a Mercedes car to go to the Concu bakery. At the same time, four others (Saduddin Malik and three CCLs) got into an Innova car.

Insomnia pub is at Road no 36, Jubilee Hills while travelling to the bakery at Road no 14 Banjara Hills, in rotation, started kissing the victim one after the other forcibly,” he said. The Hyderabad police commissioner also said that the videos that are in circulation online, were taken by the accused and were passed around by them.

“They reached the bakery at 5: 51 pm and at 5: 54 pm, the victim got down from the Mercedes and got into the Innova. At 5: 57 pm, both cars were parked in the parking area. at 6:15 pm, the Innova left the bakery. In the Innova, accused one, Saduddin Malik along with five other CCLs and the victim, a total of seven, left the bakery. At 6:18 pm, one accused out of the lot returned due to a phone call or other reasons,” said Anand.