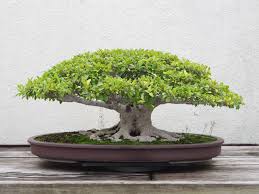 Hyderabad: In a strange case, a 15-year-old Bonsai plant, which belongs to former Director General of Police V. Appa Rao was stolen on Sunday from his residence. About three years back, another rare Jade Bonsai tree was stolen from Mr. Rao’s house

On Monday, his wife V. Sridevi noticed the plant was missing and lodged a complaint with the police.

A case has been registered under Section 379 (punishment for theft) of Indian Penal Code and launched a probe.

V Sridevi, in her complaint, stated that they have a large collection of valuable Bonsai plants in their garden. The Bonsai plant belonging to Saru Casuarina chettee category kept in front of their South-East Gate, had been stolen.

On Monday, while watering the plants, their gardener Devender noticed it and reported to her. She also informed the police that three days ago, when he watered the plants, the missing Bonsai Saru was at its place.

In an investigation, police found there are two CCTV cameras at the house, but they were not working for the past several months.