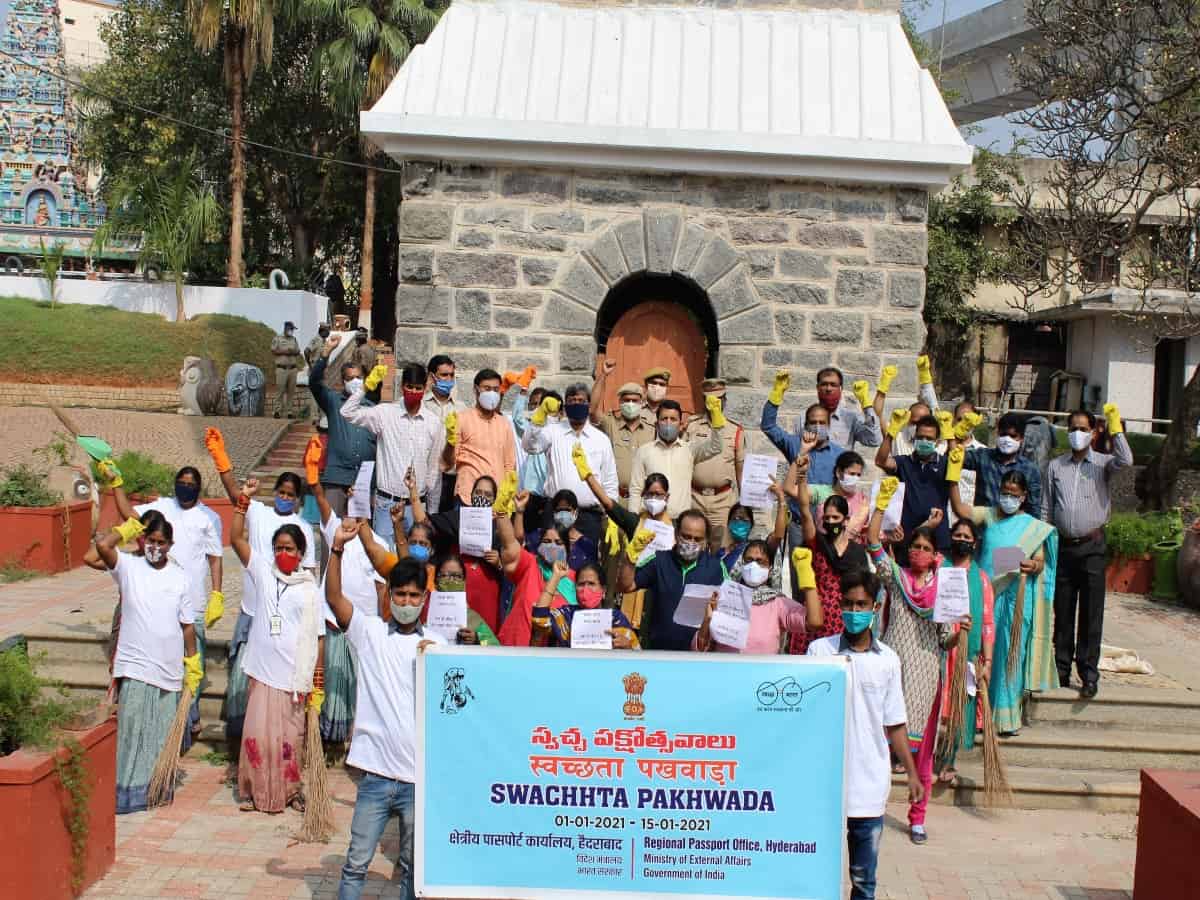 Hyderabad: A step closer to plastic-free India, the Hyderabad Regional Passport Office, Secunderabad has been declared as the ‘Plastic Free Office’ by the Greater Hyderabad Municipal Corporation (GHMC)

The office had actively participated in ‘Swachchata Pakhwada’ which began in April 2016 with an aim of bringing a fortnight focus on the issues of cleanliness.

As part of the Swachchata Pakhwada  (cleanliness fortnight) drive held between January 1 and 15, the RPO office took part and called upon the usage of plastic water bottles to its employees and replaced them now with steel water bottles.

The GHMC north zonal commissioner Srinivas Reddy awarded the ‘certification of appreciation’ to the RPO, under the best government office category.

Apart from this Swachhata activity, the officials clean in and around office premises, raised slogans and distributed pamphlets on Swachchata.