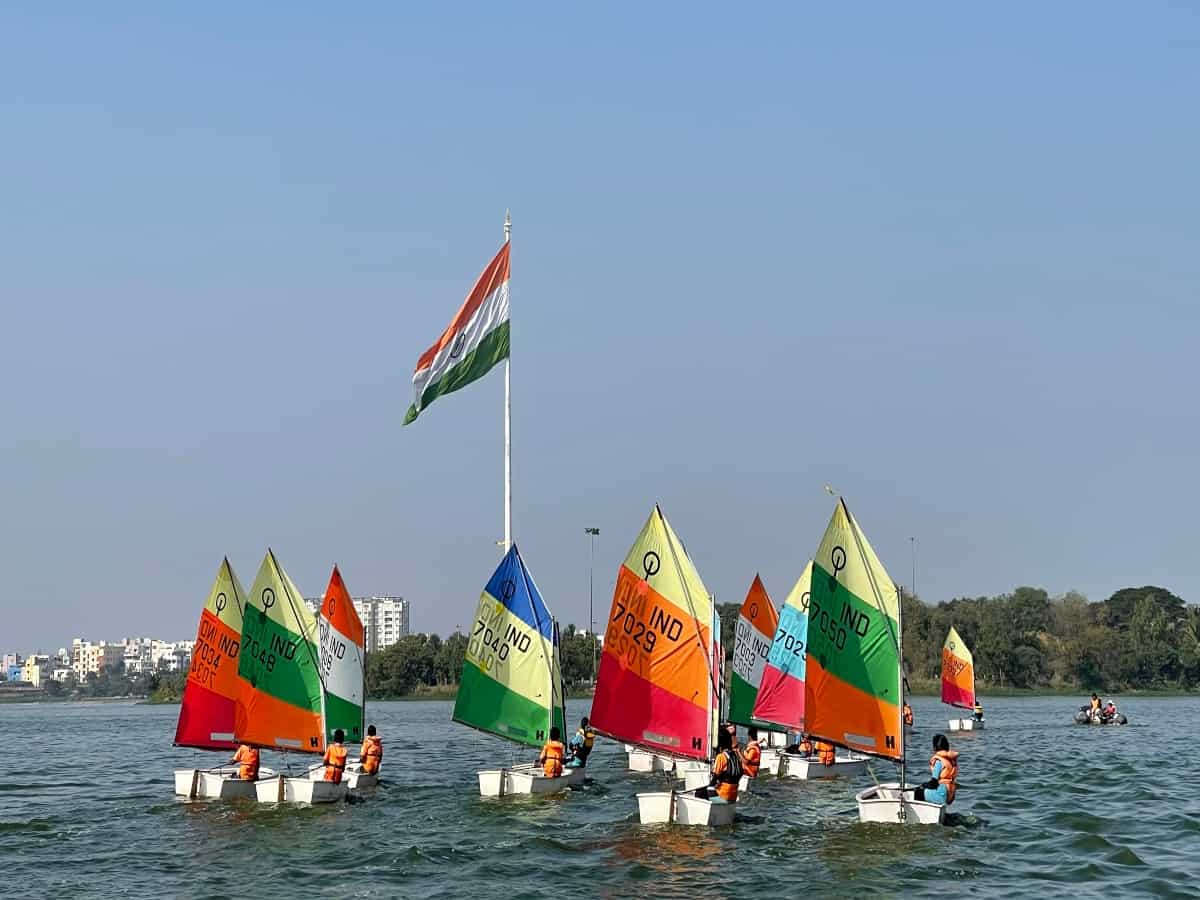 It is the first regatta in the Sailing calendar of India and the largest ever in the junior and sub-junior categories.

The wind conditions on day one at the republic day regatta 2021 at Hussain Sagar continued to be poor but the race officer Gautham Kankatla managed to squeeze in one race for the sub-junior green fleet.

Chiran Deep Perelli of St. Patricks led the race from start to finish to clinch a win on his debut regatta participation. He was closely followed by Daniel Israel of Valerian Grammar High School and Jampanna Arapu of Balamrai Govt School.

Moutameen Mohammad of Udbhav School Rasoolpura who was the winner at all the races at the recently concluded training had a bad last leg and finished 4th overall.

A colourful fleet of around 42 sailors had to paddle back to the Yacht Club of Hyderabad under dead wind conditions.

“We expect better conditions as per the met office in the next few days and the regatta has been extended to ensure a few more races till the 29th of January,” said, Suheim Sheikh the founder president of the Yacht Club of Hyderabad.