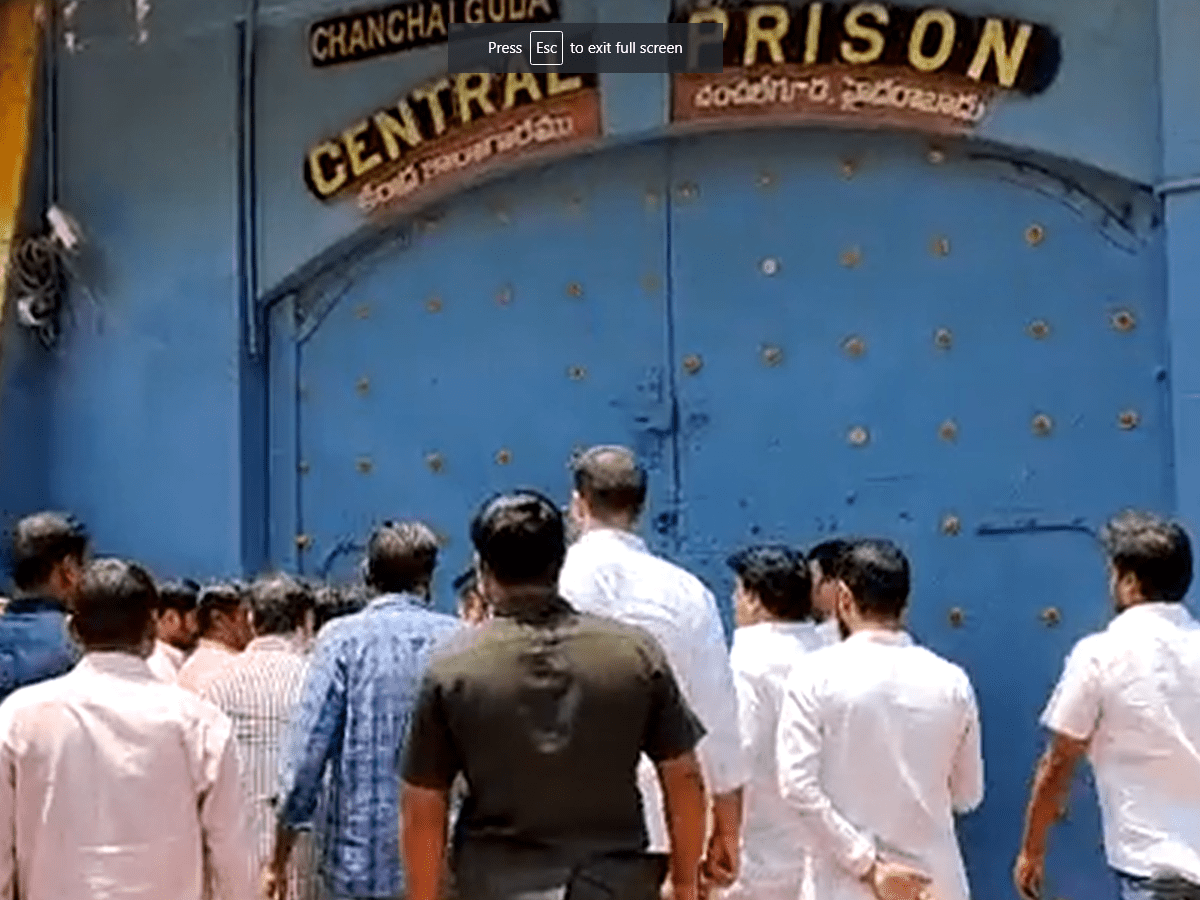 The arrested students were leaders of the OU Joint Action Committee (OU JAC) who staged a protest in front of Arts College on the campus demanding that permission be granted for a visit by the senior Congress leader Rahul Gandhi.

Alleging that the university authorities denied permission for Rahul’s visit at the behest of the Telangana Rashtra Samithi (TRS) government, Congress Youth Wing and National Student Union of India (NSUI) leaders demanded that the Congress leader be allowed to visit the campus to interact with the students.

Following a protest on Monday morning, NSUI state president Venkat Balmoor and 17 other students were arrested and remanded to 14 days of judicial custody. They were booked for unlawful assembly, assault, rioting, trespass and preventing public servants from discharging their duties.

The TPCC president said in a tweet that the TRS Government is in a state of panic with Rahul’s visit to the state.

Along with Revanth Reddy, senior Congress leaders Jaggareddy, Geeta Reddy and Anjan Kumar Yadav also met the jailer and sought permission to meet with the students. Speaking with the media at the jail, Revanth said, “Telangana is turning into a mound of corpses as a result of farmers suicides. The farmers are struggling as the crop is not being sold. Rahul Gandhi is coming to stand by them in support. His visit to the ancient Osmania University is being denied by the TRS government.”

Revanth Reddy has stated that Rahul Gandhi has decided to meet with the jailed students during his visit to Hyderabad.

Their student wing leaders who sought permission were jailed. Revanth Reddy said that Rahul Gandhi had decided to meet the students in jail.