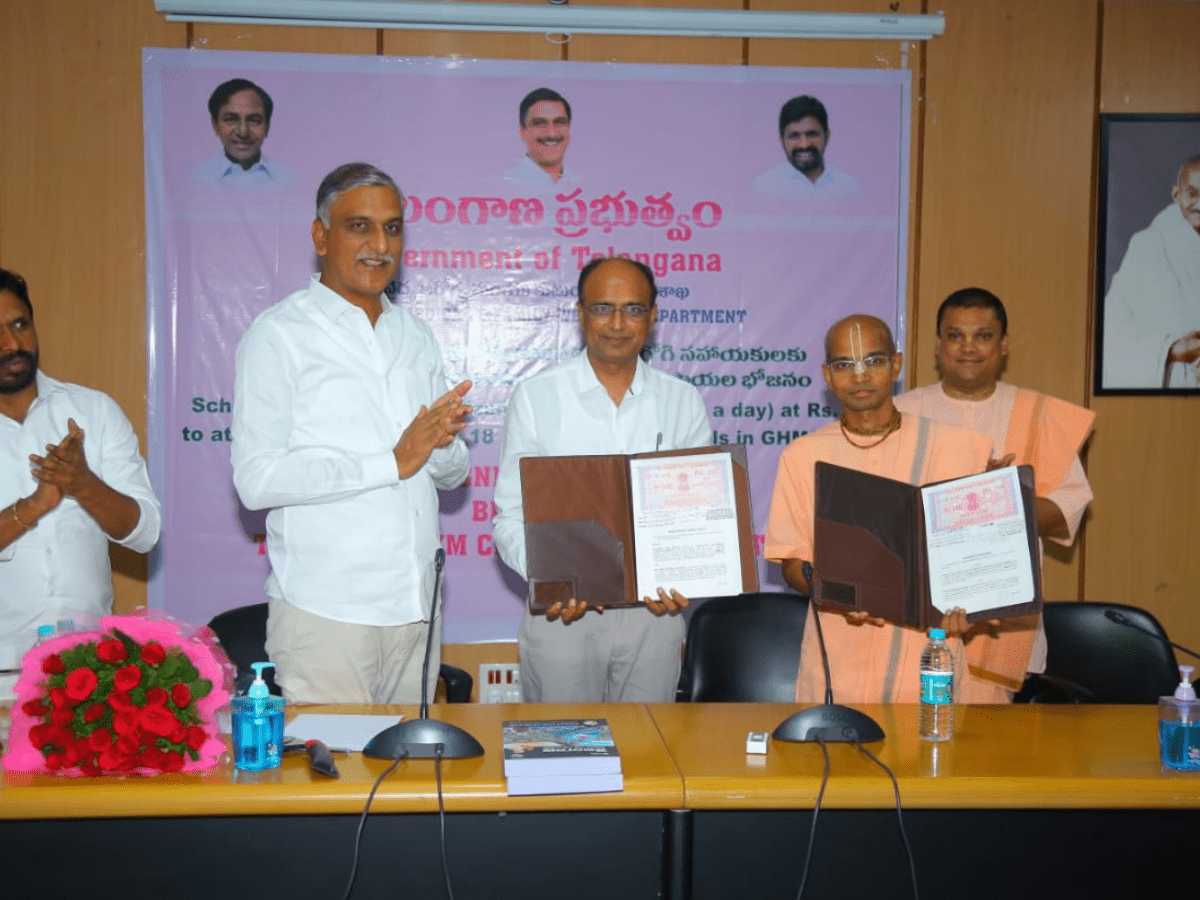 Hyderabad: The Telangana state medical services and infrastructure development corporation (TSMSIDC) signed a memorandum of understanding (MoU) with the Hare Krishna Movement on Tuesday to develop a budget-friendly meal for the people who stays with patients in hospitals.

In the city, around 18 hospitals have initiated selling meals for rupees five only to the attenders of the patients.

The menu of the meal for breakfast is curd rice, pulihora, vegetable pulao, sambar rice, and pickle, for lunch and dinner rice, dal, sambar, and vegetables will be served on a disposal plate with a glass of water.

The state government has maintained Rs 38.66 crore for the meal as it will be paying Rs 21.25 per plate to the mission for the subsidized food. This will be separate from the free meals being given to admitted patients. An estimated 20,000 people will eat food daily with the service.

The state health minister T Harish Rao was quoted by several media houses as saying that a large number of patients and their attendants come to the 18 hospitals in GHMC and are made to stay for months in the hospital as per the severity of the disease.

The state chief minister K Chandrashekar Rao gave an assurance in the Assembly and as per his announcement, the meal was being provided to the attendants of the patients.

“The Hare Krishna Movement has a hygienic kitchen in Sangareddy and it also maintains quality and has been serving the Rs 5 meal for the last seven years in Hyderabad,” Harish Rao added.