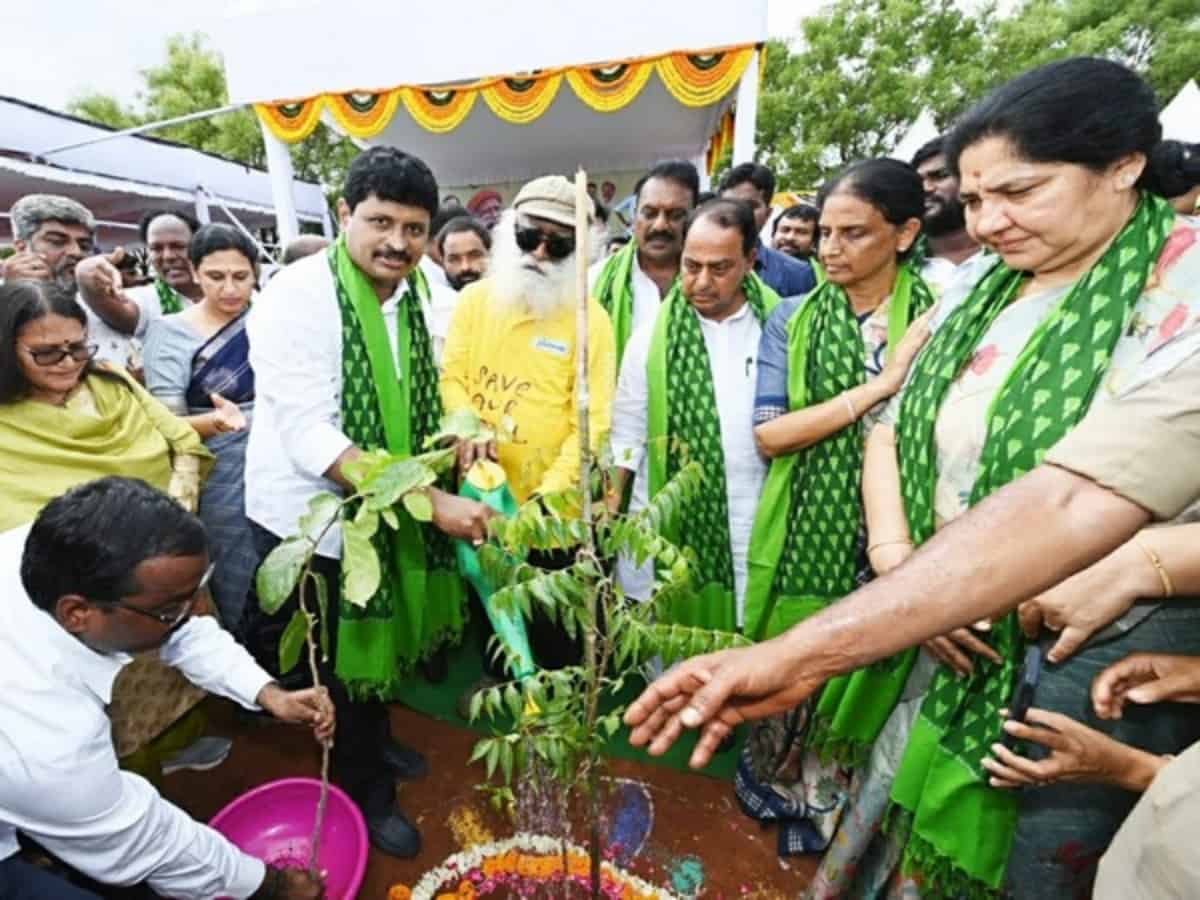 “Increase of Green Cover in Telangana and Green India Challenge are role models in the country. No alternative to nature and soil. Need to conserve it for future generations.” said Sadhguru

“It is appreciable that MP Santosh Kumar launched the Green India Challenge to make India a complete Green Country,” he added .

Sadhguru said that the ‘Telangana ku Harita Haram’ and Green India Challenge stood as role models in the country and asserted all other states should accept the challenge.

Vasudev said he was overwhelmed to see lush green cover while entering the Telangana.
He warned against the indiscriminate use of chemicals.

“It will be a big threat to the future generations”. Vasudev said that there is no alternative to Earth and Soil.

He strongly hoped for the conservation of earth and soil to gift future generations.

As part of the Save Soil movement, Vasudev started his journey to Bengaluru from Hyderabad on Thursday (today). On his way, the spiritual guru planted saplings in Golluru forest areas at Shamshabad and announced the Green India Challenge- 5.0.

State Forest Minister A Indrakaran Reddy presented a report on ‘Telangana ku Haritha Haram’ and explained the government’s endeavour to increase Green cover in the state.

Sadguru praised Santosh Kumar for taking up the big task of the plantation programme and playing a role model for the youth. He asserted the need to educate people about the importance of the conservation of Nature and the Environment.

With the inspiration of ‘Telangana ku haritha haram’, the brainchild of Chief Minister K Chandrasekhar Rao, MP J Santos Kumar launched the Green India challenge four years ago to spread the awareness on greenery across the country.

Along the lines of the Yadadri Natural Forest (YNF), the Green India challenge with the support of the Telangana State Forest Department has taken up the task of improving green cover by grooming biog plants in Golluru where the forest-covered depleted.

In the first phase, the fencing of 900 acres of forest area was already completed. To revive the forest cover, 10, 000 big saplings have been planted at one go under Green India Challenge 5.0. Sadguru, his supporters, Isha foundation members, school students and locals also participated in a big number in the plantation program.