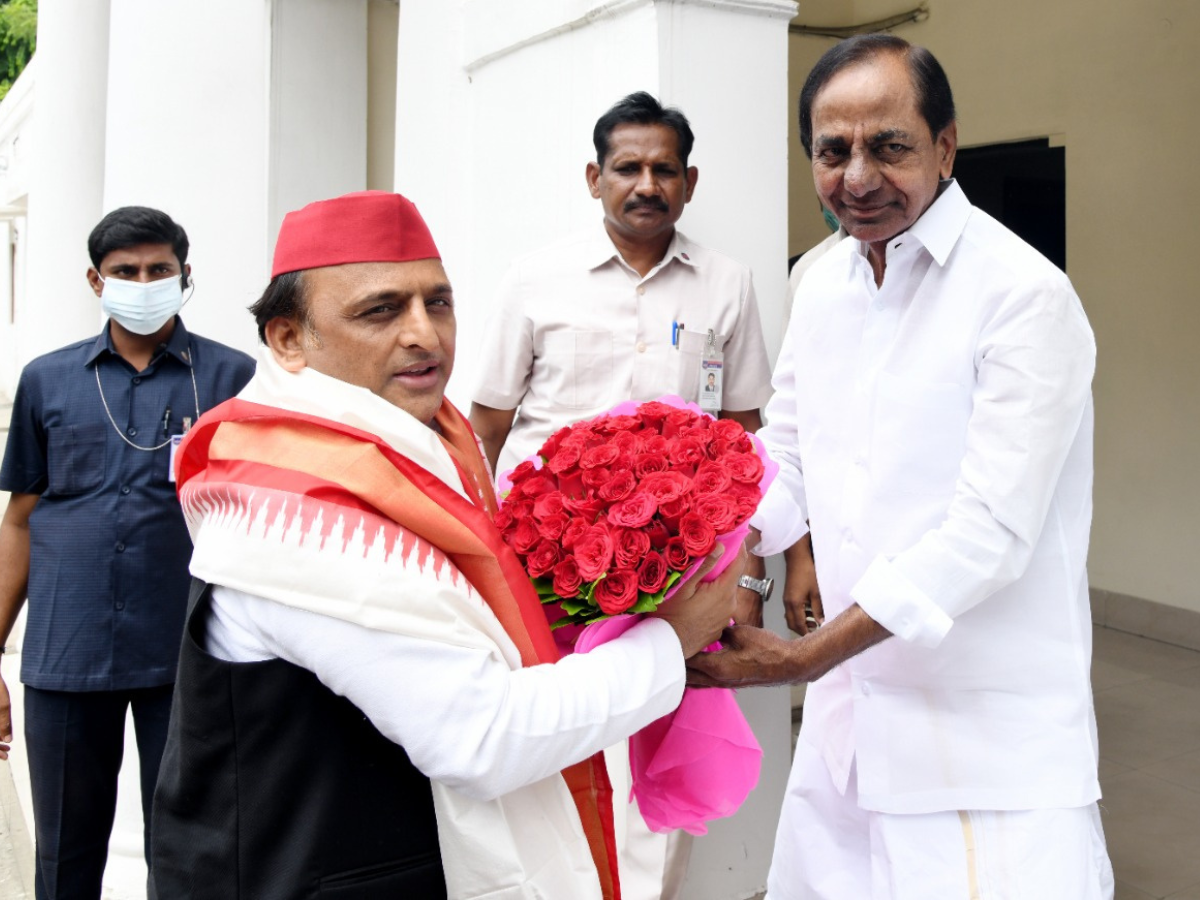 Hyderabad: Samajwadi Party (SP) supreme Akhilesh Yadav on Friday met Telangana chief minister and K Chandrashekhar Rao (KCR) at the latter’s residence. The latter once again set-off speculation with regard to his national ambitions, and reported plans to turn his TRS into a national party.

SP leader and ex-Uttar Pradesh chief minister had earlier also met KCR when he had floated the idea of a federal front before the 2019 Lok Sabha polls. KCR had then talked about starting a non-BJP and non-Congress front. The Telangana chief minister had met several opposition leaders, including Yadav, in the run up to the 2019 general elections.

However, nothing came off it. After Akhilesh Yadav, KCR is likely to also meet other opposition parties as well. It’s mostly in tune with him building an image of himself as someone who is taking on the BJP and Prime Minister Narendra Modi.

KCR and his Telangana Rashtra Samithi (TRS) have aggressively begun to take on the ruling Bharatiya Janata Party (BJP) at the Centre. From social media attacks to putting up public hoardings across Hyderabad against the BJP, the TRS is leaving no stone unturned.

KCR had dropped hints of turning the TRS into Bharatiya Rashtra Samithi (BRS), during the TRS’s plenary held last in April this year. The Telangana chief minister said that he had received suggestions from leaders to do the same, in order to float an all-India party. This statement of his took many by surprise at the event, where KCR also said that forming a new or alternative front to counter the BJP isn’t his plan.

However, that plan is unlikely to materialise any time soon, it has been learnt from TRS sources. KCR and the TRS are also working with the political consulting firm Indian Political Action Committee (IPAC). TRS sources said that KCR has been advised to ‘go slow’ with his national party ambitions for now.

While the TRS and KCR confident of winning the next state elections in Telangana, the party however does not want to take any chances. The BJP, which had won only a single MLA seat in the 2018 polls, managed to win four Lok Sabha seats in 2019, and 48 seats in the 2020 GHMC polls as well. The saffron party also won the Dubbaka and Huzurabad by-elections in 2020 and 2021 as well.