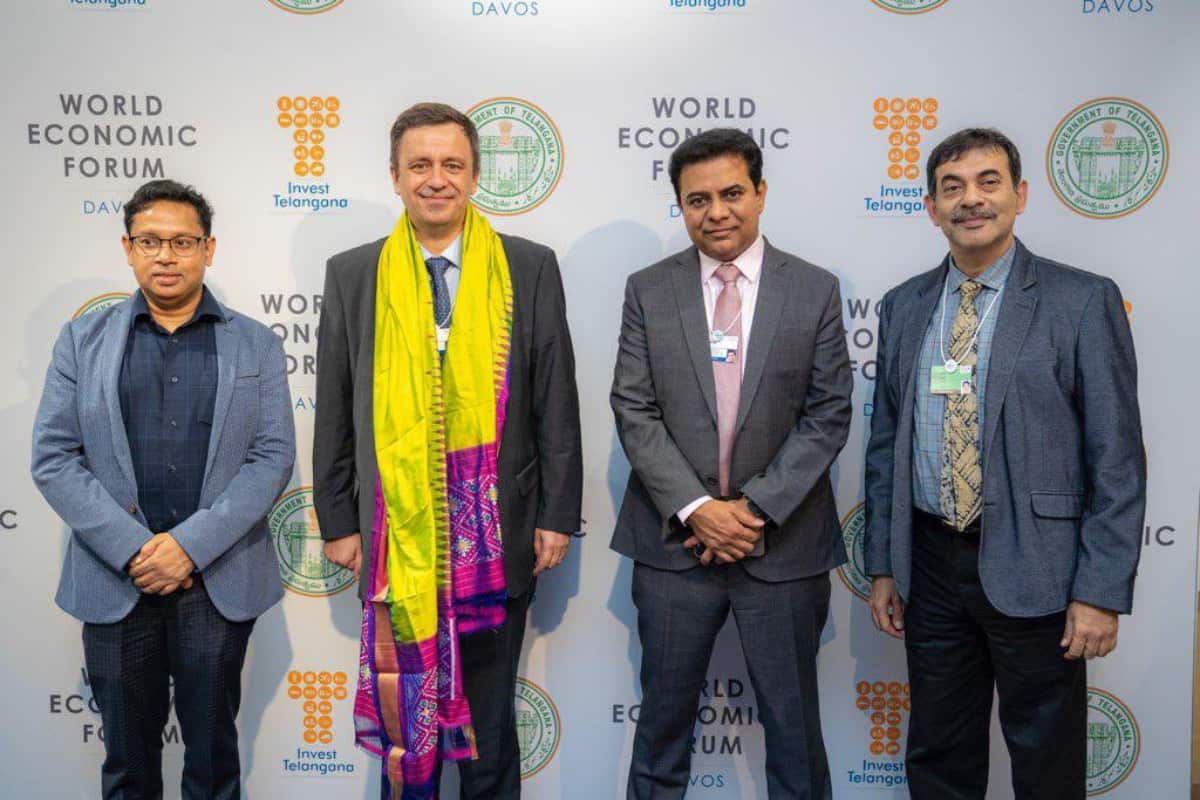 Hyderabad: Telangana IT & Industries minister KT Rama Rao (KTR) on Wednesday announced that Schneider Electric, a French multinational company, will be setting up its second manufacturing unit in Hyderabad as a display of its commitment to the state of Telangana.

KTR met the leadership of Schneider Electric on the sidelines of the World Economic Forum 2022 in Davos. The company is a leader in the digital transformation of energy management and automation. The first facility of Schneider Electric in Hyderabad was adjudged the “Advanced Lighthouse” by implementing 4 IR technologies such as IIOT infrastructure, predictive/prescriptive analytics and AI deep learning by the World Economic Forum this year.

Rail coach manufacturing unit to be set up in Telangana: KTR

Speaking on the occasion, KTR said, “The Government is working steadfastly towards transforming Telangana as the most attractive investment destination in the country. As Telangana continues to grow companies like Schneider Electric will play a crucial role in meeting energy management and automation needs of our industries and factories.”

KTR further said that Schneider Electric, while doubling its capacity with its second manufacturing facility in Telangana, would help create an additional 1000 jobs. The company would manufacture breakers, connectors and switches for energy management and automation products from its new facility.