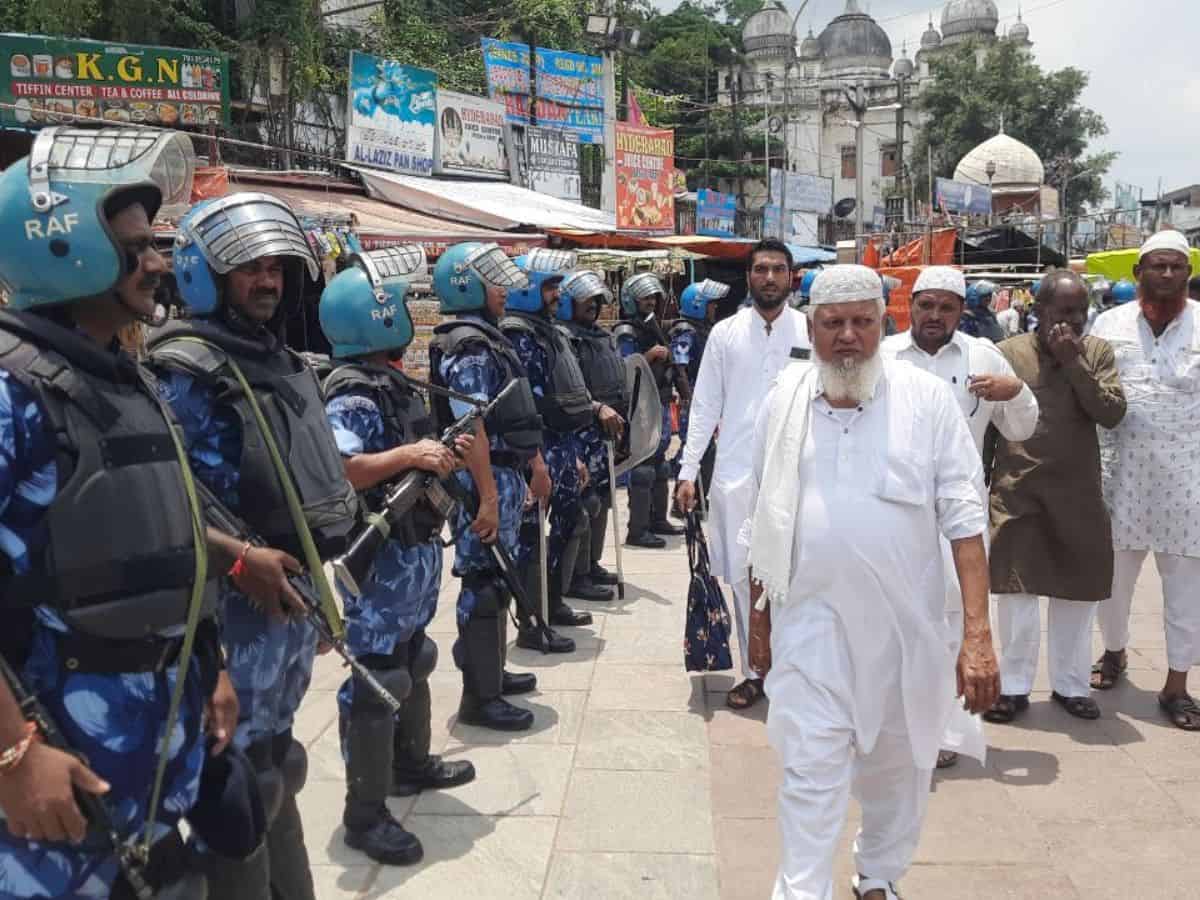 Hyderabad: Security deployment continued to be more in the south and west zone of the city in view of large gatherings at mosques for Friday prayers for the second consecutive week in wake of anticipated protests.

The development comes about two weeks after suspended BJP MLA Raja Singh’s arrest for passing derogatory remarks on Prophet Muhammad on August 22 in a YouTube video.

It sparked protests immediately, after which Raja Singh was arrested. He however managed to secure bail within a day which led to more protests by Muslims against him.

Protests against Raja Singh continued until the legislator was finally arrested and detained by the Hyderabad police under the Preventive Detention Act.

The police here are unwilling to take any chances as the atmosphere of Hyderabad, especially in the Old City turned communal. It led to sporadic violent incidents.

The police invoked PD Act against the legislator and put him in Central Prison Cherlapally. Even though Singh has been arrested, the cops seem to be in no mood to take risk due to the Ganesh festival celebrations in Hyderabad.

Supporters of Raja Singh are also reportedly approaching the court to get the PD Act revoked. His followers have given a bandh call in Goshamahal constituency for August 3, and blamed the TRS government for the present tense situation in the city.

Police presence has also increased in the Goshmahal constituency.