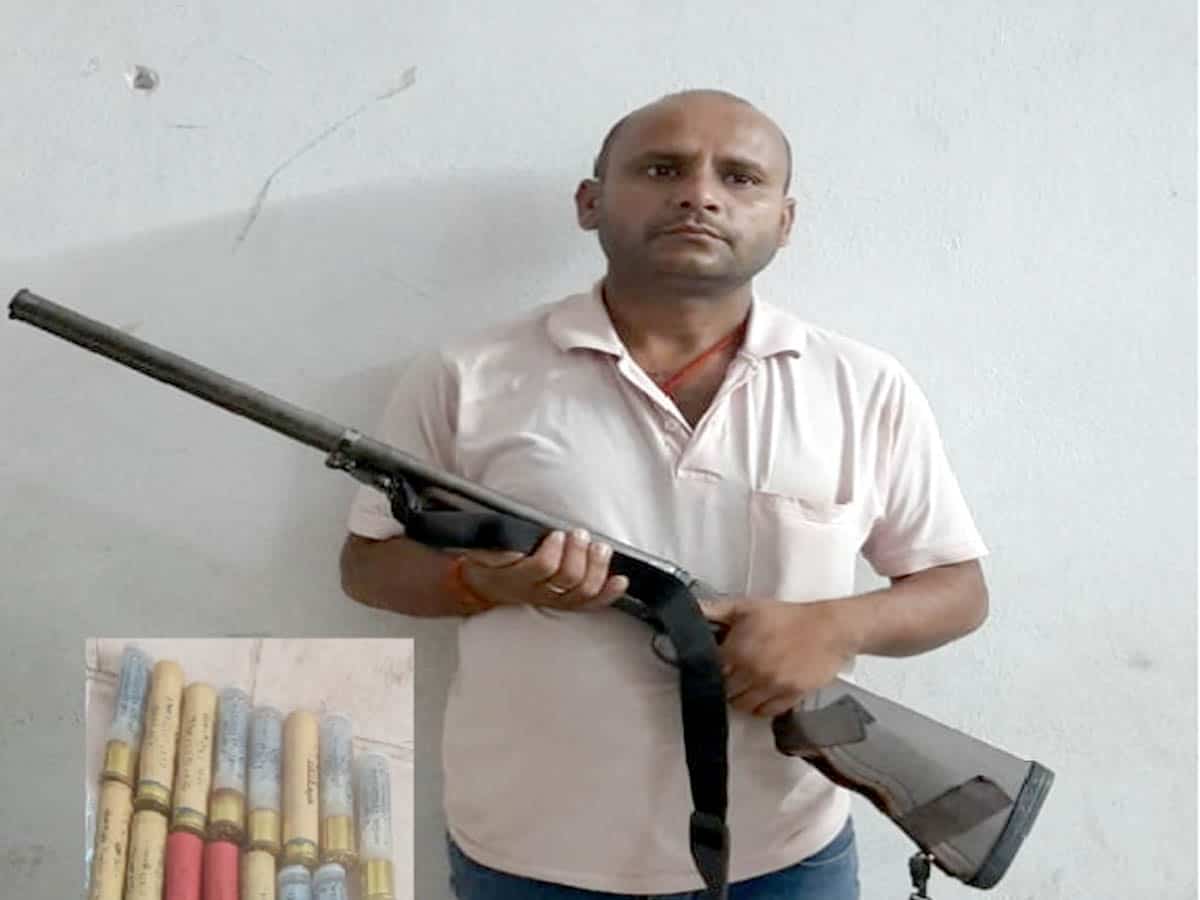 According to the sources, 38 year old Rajaram Singh a native of Mirzapur in Bihar has been working as security guard at his native place and he did not get a high salary. Then he came to know that Ex-servicemen are getting high amounts with gun licenses and Firearms .

As per his plan a few years back he met one agent Sonu Pande of Bihar and with him he obtained Fake & forged gun license by paying 15,000 rupees for the process and stamped on the name of Dy.Commissioner of Police, Lucknow,UP State. On the basis of fake license DBBL Gun,with live cartridges.

Few days back as per the advise of his friend the accused came to Hyderabad from Bihar State for doing as armed guard job with the fake gun licence and searching job in the Security services, on the way reached near Alpha Hotel, in the limits of Market Police station, moving under suspicious manner with the firearm, the Task Force North Zone team apprehended him and sent him to judicial remand.