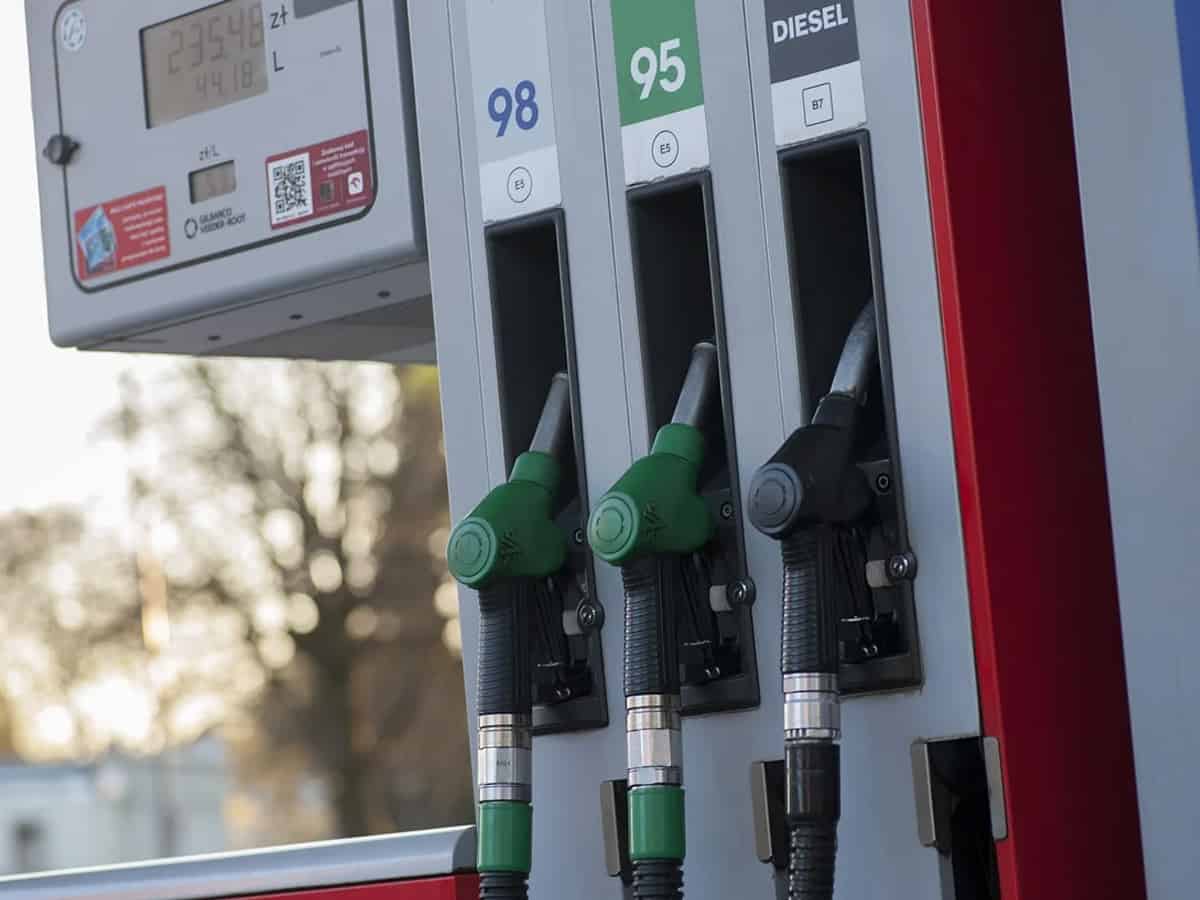 New Delhi: Hyderabad on Monday became the second metro city in the country to see petrol price crossing Rs 100 per litre mark after fuel prices were raised yet again.

Petrol price was hiked by 29 paise per litre and diesel by 30 paise, according to a price notification of state-owned fuel retailers.

The hike — 24th in six weeks — pushed fuel prices across the country to new historic highs.

While several districts of Telangana saw petrol hitting Rs 100 mark earlier this month, state capital Hyderabad reached the mark on Monday. Petrol in the city is now priced at Rs 100.20 per litre and diesel at Rs 95.14.

Hyderabad is the second metro city to see Rs 100 per litre petrol price. Mumbai on May 29 became the first metro in the country where petrol was being sold at over Rs 100 a litre. Petrol now costs Rs 102.58 a litre in Mumbai and diesel comes for Rs 94.70.

Fuel price rise in other parts of country

In Delhi, petrol hit an all-time high of Rs 96.41 a litre, while diesel is now priced at Rs 87.28 per litre. Fuel prices differ from state to state depending on the incidence of local taxes such as VAT and freight charges.

And because of this, petrol retails at over Rs 100 per litre mark in seven states and union territories — Rajasthan, Madhya Pradesh, Maharashtra, Andhra Pradesh, Telangana, Karnataka and Ladakh.

Sri Ganganagar district of Rajasthan near the India-Pakistan border was the first place in the country to see petrol hitting Rs 100 a litre mark in mid-February and on Saturday it also earned the distinction of diesel crossing that psychological mark.

Rajasthan levies the highest VAT on petrol and diesel in the country, followed by Madhya Pradesh, Maharashtra, Andhra Pradesh and Telangana.

The hike on Monday was the 24th increase in prices since May 4, when state-owned oil firms ended an 18-day hiatus in rate revision they observed during assembly elections in states like West Bengal.

Oil companies revise rates of petrol and diesel daily based on the average price of benchmark fuel in the international market in the preceding 15 days, and foreign exchange rates.

International oil prices have firmed in recent weeks in anticipation of demand recovery following the rollout of vaccination programme by various countries.