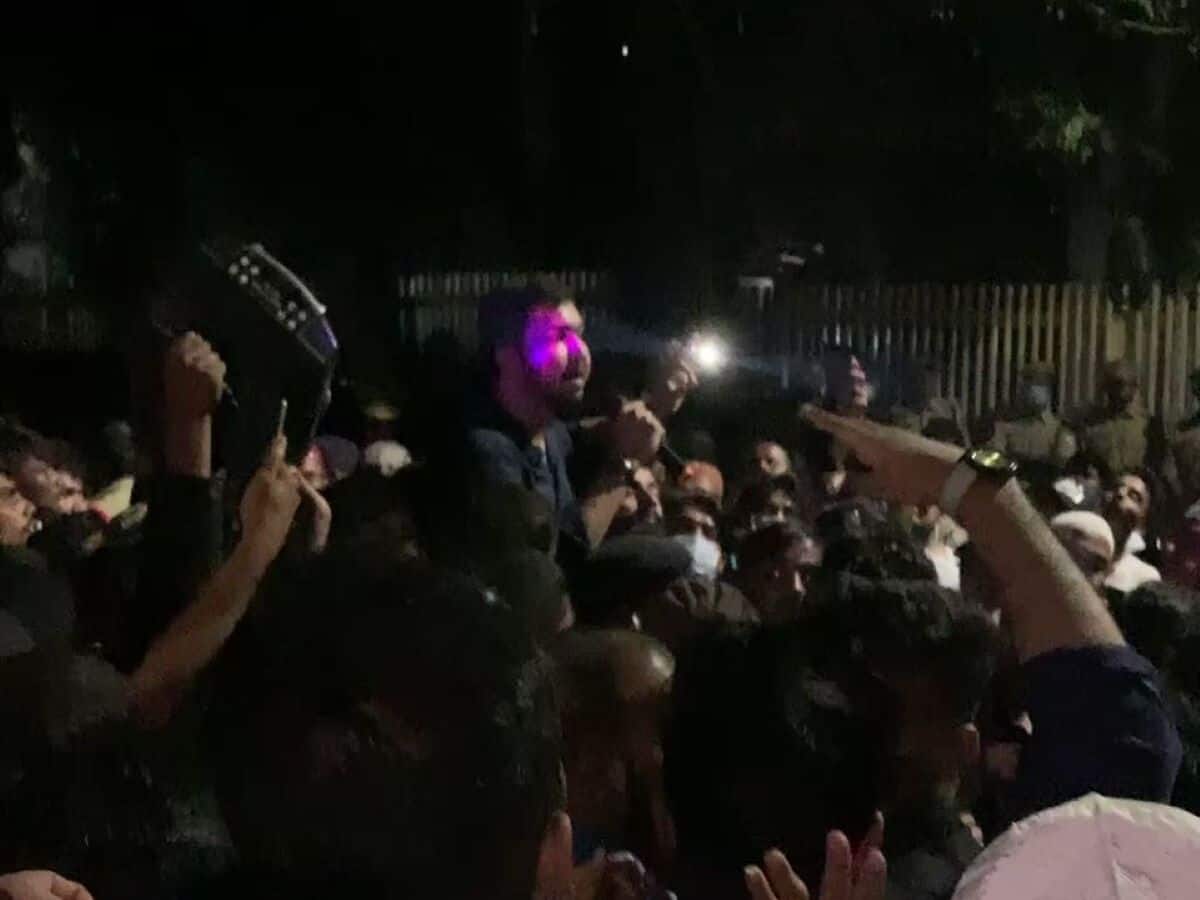 Kashaf, former IT cell head of All India Majlis-e-Ittehadul Muslimeen (AIMIM), called for beheading Singh for his alleged remarks. During the protests that broke on Monday night after the MLA posted a video on social media, Kashaf raised the slogan “Gustakh-e-Rasool ki ek hi saza, sar tan se juda” (beheading only punishment for a person who disrespects the Prophet).

Kashaf raised the slogan while leading a protest outside the office of Deputy Commissioner of Police (South Zone) in Hyderabad on Monday.

He shared the video clip of the protest on social media, in which he was seen raising the slogan. Kashaf, who has over 50,000 followers on Twitter, has however defended his stand.

“There is no doubt on the only punishment which should be given to a person who disrespects the Prophet,” Kashaf said. However, he added that as “we are living in India and we have our Constitution, we staged a democratic protest to demand his arrest”.

He termed the release of Raja Singh on bail as unfortunate.

In his defence, Kashaf said that he did not agree that he should be booked for promoting violence. “No one was hurt because of my slogan. No public or private property was damaged. No law and order situation arose. Nothing has happened like what had happened after the slogan of ‘desh ke gaddaron ko goli maro salon ko’ was raised,” he asserted.

When asked about the consequences of the slogan raised by him, he, while speaking to a television channel, said, “Hyderabad is totally controlled by us.”

Seeking immediate actions, social media users demanded Kashaf’s arrest for raising such slogan. They alleged that he is “inciting violence”.

Some users also cited Kashaf’s meeting with standup comedian Munawar Faruqui during the latter’s show in Hyderabad on Sunday.

Singh had threatened to disrupt the show, claiming that the comedian had “insulted Hindu gods”. Police had kept the MLA under house arrest and provided security for smooth conduct of the show.