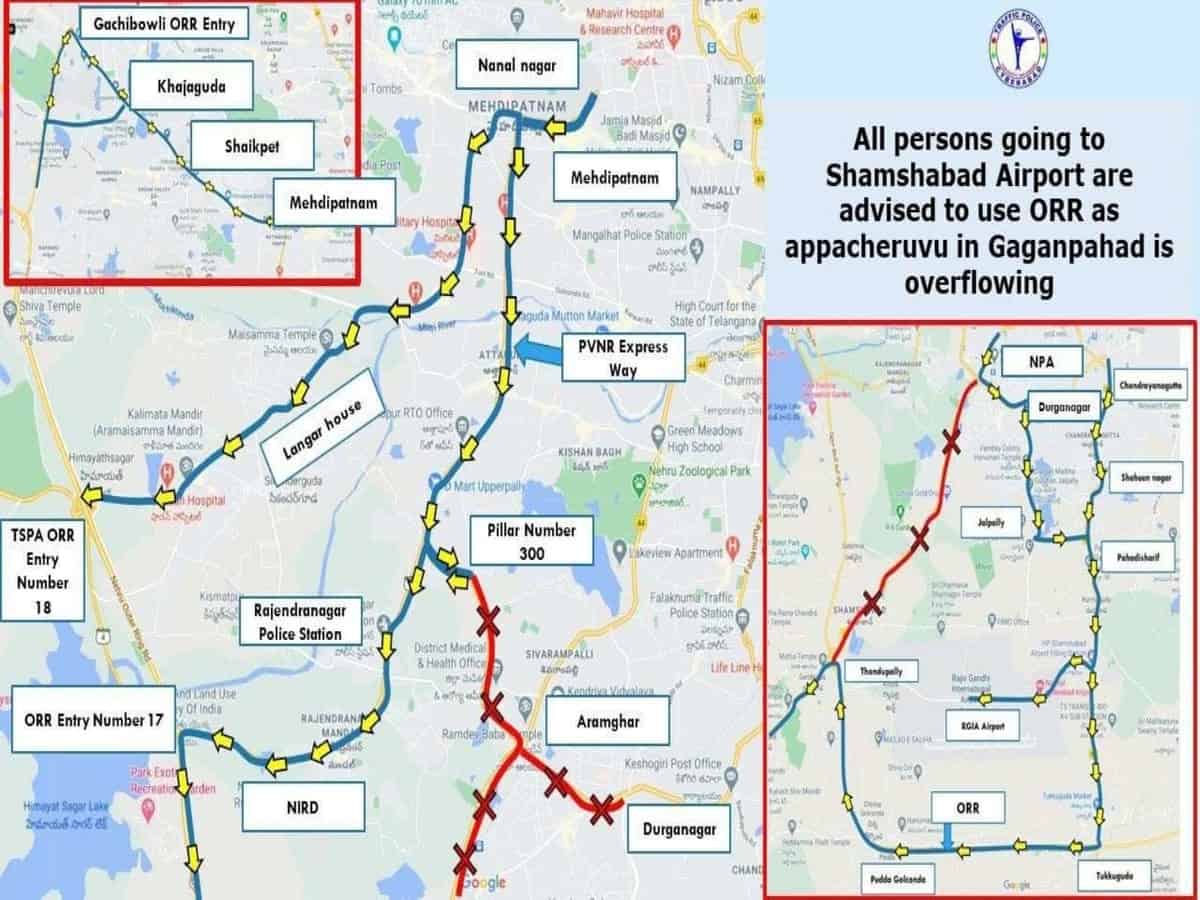 Alternate routes have also been specified by the police. Traffic towards the Rajiv Gandhi International Airport (RGIA) will be diverted at pillar number 215 towards service road ORR. Traffic will also be diverted at Laxmiguda junction towards Jalpally-Pahadisharif-RGI Airport.

Meanwhile, the Telangana government on September 27 declared today as holiday for all government offices, private institutions, schools and all educational institutions in view of the heavy rains lashing the state under the impact of Cyclone ‘Gulab’.

The decision was taken by Chief Minister K. Chandrasekhar Rao on Monday evening, while reviewing with Chief Secretary Somesh Kumar the situation created by the heavy rains across the state due to the impact of the cyclone.

Amid rainfall, Osmania University on September 27 announced that all exams scheduled for the 28th and 29th of September have been postponed.

Jawaharlal Nehru Technological University Hyderabad (JNTUH) has also decided to postpone the examination scheduled to be held on September 28. However, the university examinations scheduled from September 29 will be conducted as per schedule. Rescheduled dates will be announced soon.