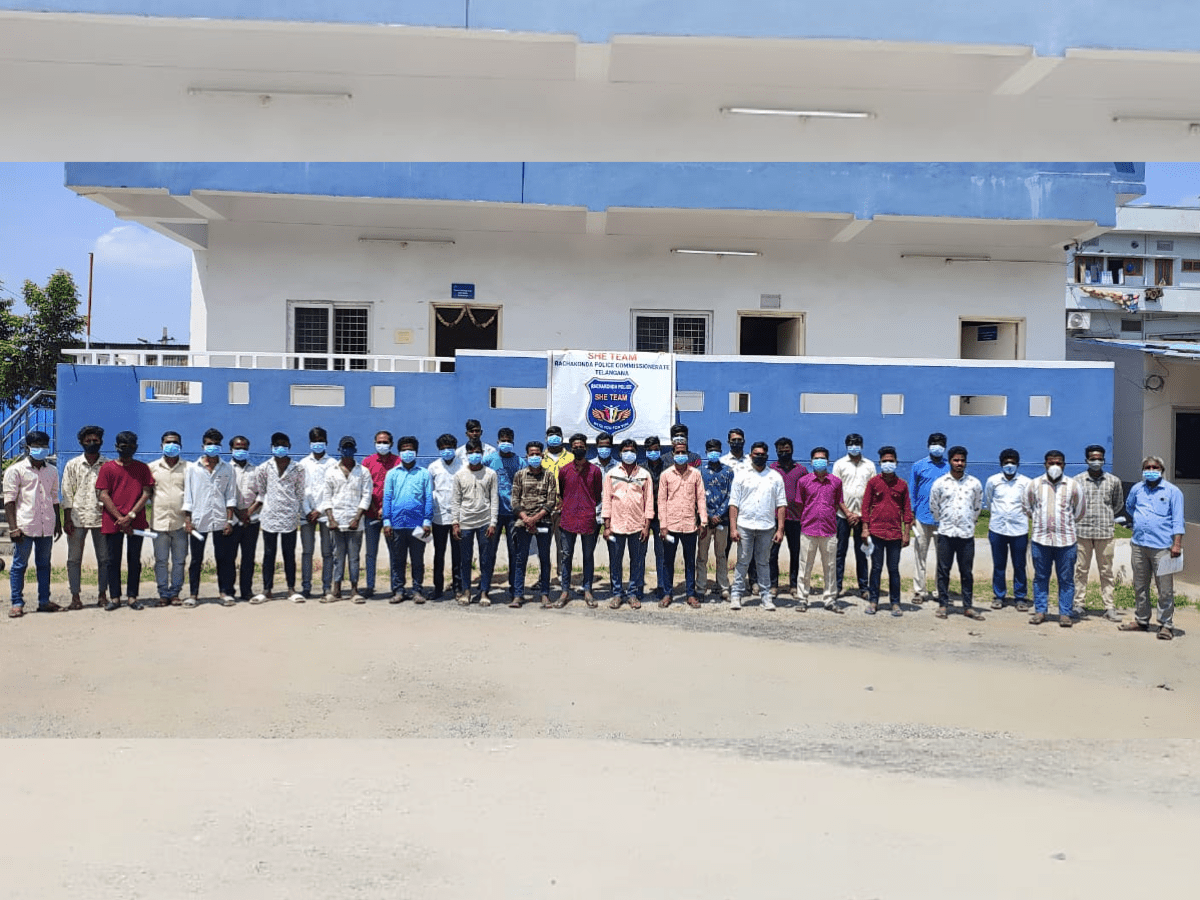 Hyderabad: Rachakonda SHE-Teams booked 76 men in the last four weeks for harassing women, which included 10 FIRs and 31 petty cases and 35 men were also counselled in the same time period.

Counselling sessions for the respondent eve-teasers were also conducted at the Commissioner Camp office, LB Nagar alongside their family members by professional counsellors from Bhumika Women’s Collective (NGO).

Professionals from the BWC also counselled children in conflict with the law.

In an incident from Hayathnagar, a man named Murram Krishna, a hostel warden, aged 35, was held for sexually harassing minor boys at the hostel.

In another incident of sexual harassment at the workplace in Kachiguda, a 30 year-old-woman working in a Pharma company, filed a complaint with the SHE teams and a Petty Case under section 70 (C), pertaining to indecent acts in a public place, of the City Police Act. She raised a request for counselling of the accused.

DECOY Operations by SHE teams:

A total of seven SHE teams carried out this operation in their respective areas in the past four weeks. The Bhongir, Choutuppal, Kushaiguda, LB Nagar, Malkajgiri and Vanasthalipuram She Teams managed to catch 124 Eve teasers.

WhatsApp complaints from different areas of Rachakonda aided in their arrest while they were teasing girls at various hotspots like a metro trains, junctions, bus stops, working places and colleges.

Minors will be counselled by the Chief Consultant Psychologist and professional counsellors of BWC.

Commissioner of Police, Rachakonda, Mahesh M Bhagwat, appreciated the good work done by the Rachakonda SHE teams and appealed to all the women and girls to approach them through Rachakonda WhatsApp control number 9490617111 or dial 100 whenever they face harassment.