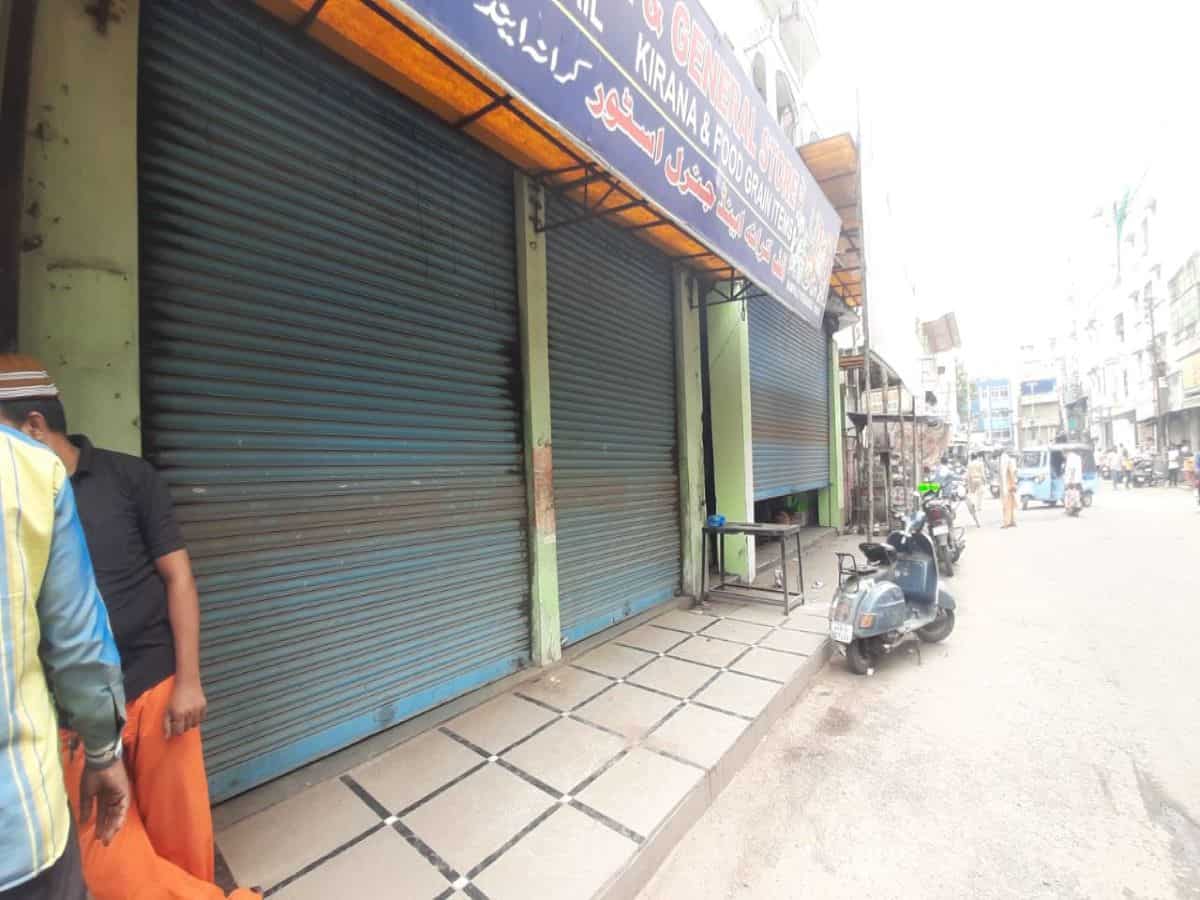 Hyderabad: Shops in various markets of Hyderabad remain closed in protest against the derogatory remarks made by BJP MLA Raja Singh.

In the Nampally market, almost all shops were shut. The traders are demanding legal action against the MLA.

Speaking to Siasat.com, traders said that concerned authorities must take action against the MLA and prove that no one is above law.

It all started after Raja Singh had released a video on the Jai Shree Ram channel on youtube, in which he passed derogatory comments about Prophet Muhammad. The BJP MLA called it “comedy”, and also abused comedian Munawar Faruqui and his mother two days after the comedian’s show was held in Hyderabad.

After the video triggered protests, BJP dissociated itself from the MLA’s statement. BJP chief spokesperson for Telangana Krishna Saagar Rao told Siasat.com that his party respects all religions and faiths and does not support the MLA’s remarks.

Telangana is on high alert due to remarks made by the MLA. A huge number of cops have been deployed at important places in the city. Rapid Action Force and police forces from reserve wings of Telangana State Special Police, GreyHounds, and neighboring districts have also been deployed.

Police pickets have also been posted in communally sensitive areas of Hyderabad and in the old city.