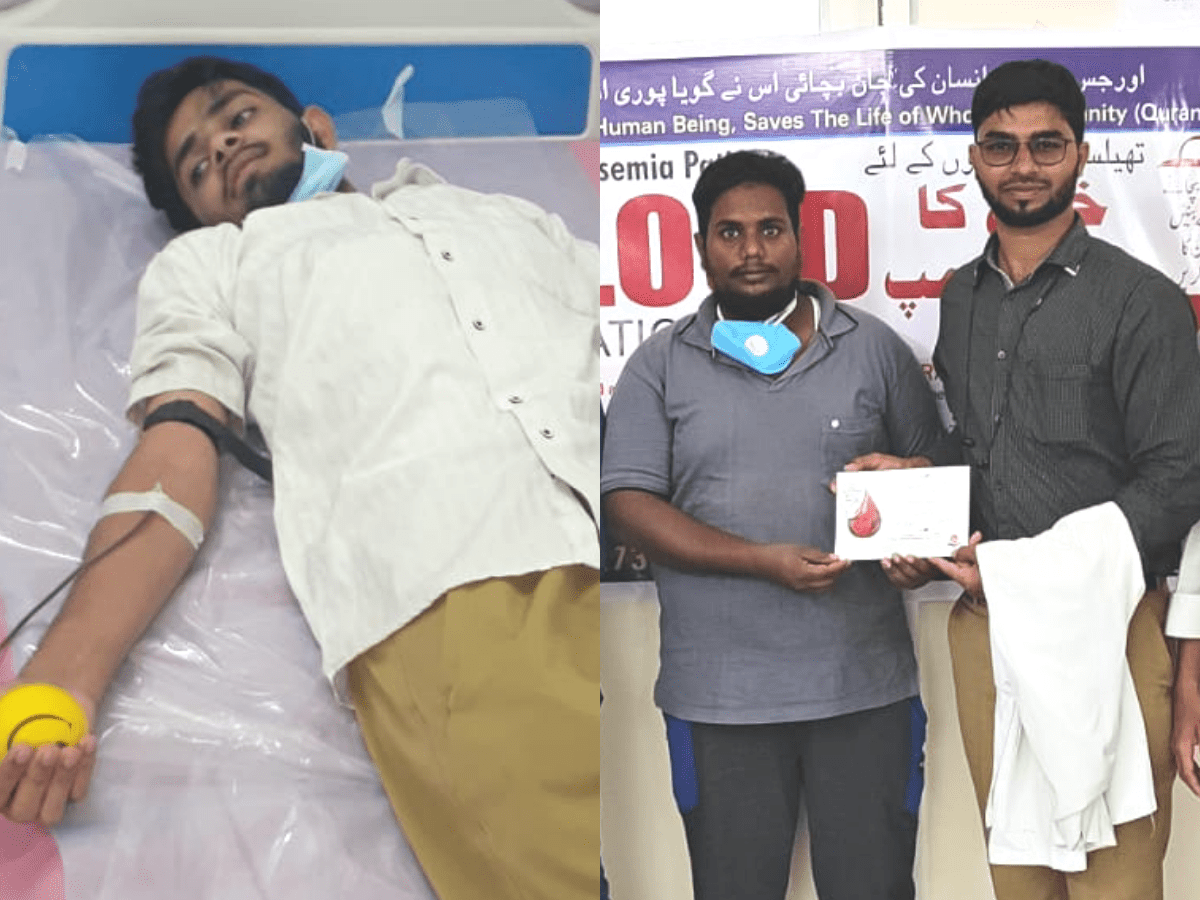 The SIO unit of Wadi-E-Huda conducted the camp at the Muslim General Hospital, to donate blood to Thalassemia patients, in the city who require at least two units of blood every month.

The camp was organised on a national holiday to ensure the convenience of donors and attract them in large numbers. Donors were also awarded certificates of appreciation, for the same.

it is estimated that there are about 270 million Thalassemia patients in the world with the largest number of children with Thalassemia Major, who need a regular blood transfusion, in India, and over 10,000-15,000 children are born with the blood disorder, every year.

Largest number of children with Thalassemia Major are in India

“We had sixty donors who donated for the benefit of Thaleesemia patients today. The camp was organised by the Wadi-E-Mehmood wing of the SIO alongside Muslim General Hospital, located near Pahaadi Shareef,” said SIO unit President, Dr. Imaam.

The camp that was organised for a period of five hours, between 10 am to 3 pm, witnessed a maximum number of youngsters who chose to donate blood for the cause.

“We carried out the camp to donate to a Thalaseemia hospital in the area. The hospital looks after about 100 patients, on a daily basis, who require about one or two units of blood, monthly,” added Dr. Imaam.