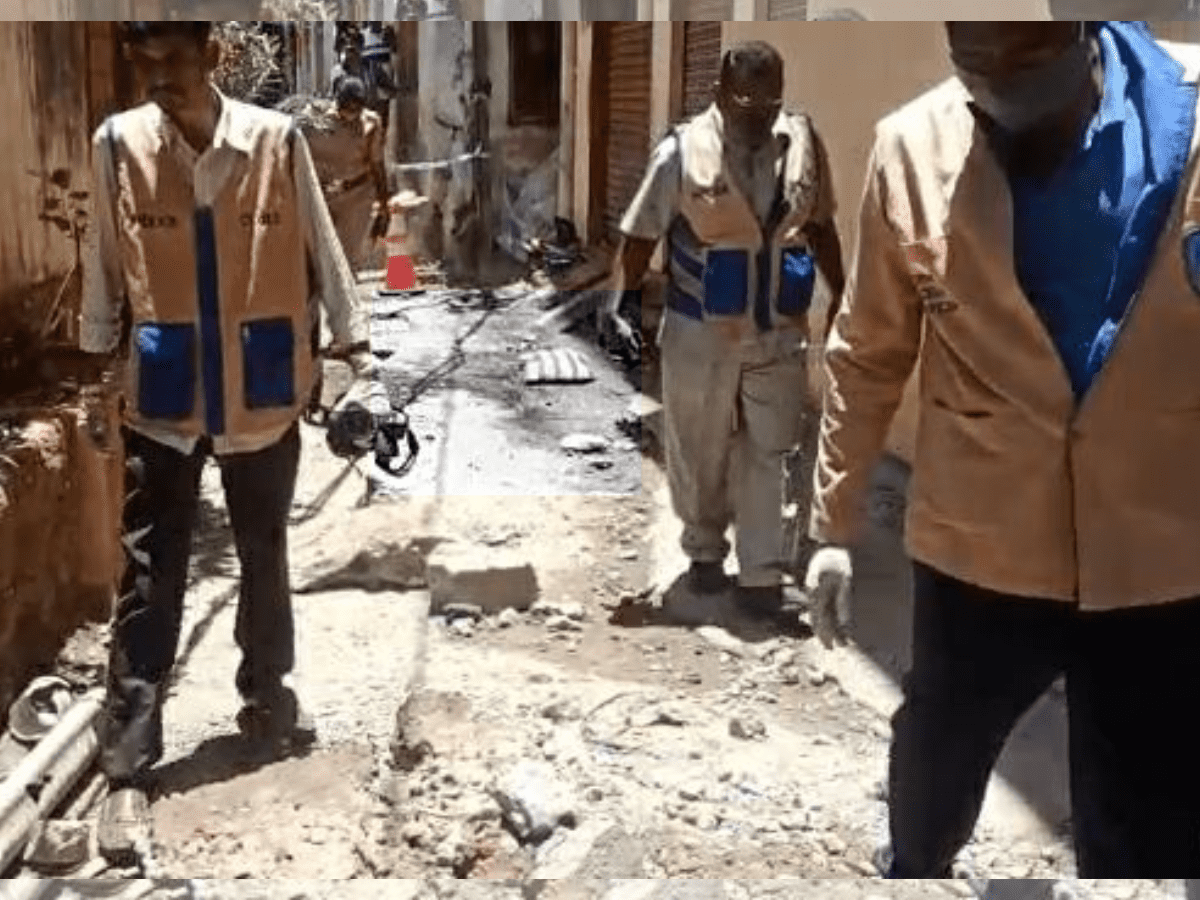 Hyderabad: A young man was killed and his father was injured in a chemical blast in the Maharajgunj area of Afzalgunj, on Sunday. The police and forensic CLUES team reached the spot and an investigation is underway.

Bharat who was into the chemical business, dealing with the Giri Raj company, had been dumping expired chemicals into a manhole located in front of his house, for a long period of time.

On Sunday morning Bharat had stuffed a load of expired chemicals into the sewerage manhole. After noticing that the chemical did not settle into the sewerage, he poured water on it resulting in a huge blast and his death.

The intensity of the blast was so heavy that Bharat flew upto two floors and resulted in the instantaneous death. Bharat’s father, Venugopal was also severly njured.

Panic gripped the area as the public was taken aback. On receiving information on the chemical blast, a team of Afzalgunj police reached the spot and a CLUES team was also pressed into service.

The dead body has been shifted to Osmania General Hospital mortuary and a case has been registered. A police investigation is underway.