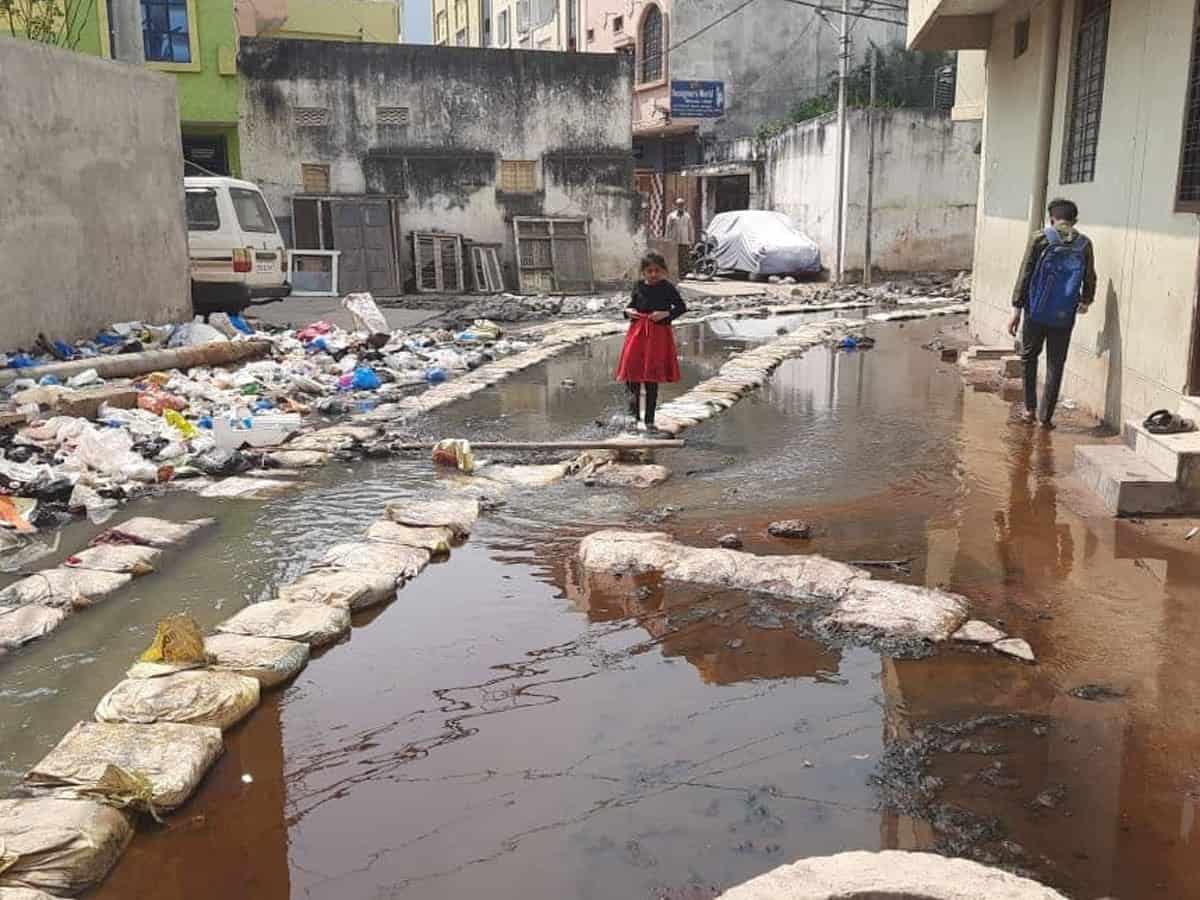 Hyderabad: Poor sewage infrastructure has always been a major concern for most residential areas in the city. Drainage water clogging on the streets has led to a rise in diseases and infections, traffic, and mosquitoes.

The stench caused by the rotten defecated material in the sewage is torture not just for the nose but all five senses, a citizen complained. The damage done by the floods last year could’ve been minimized if we had a humane drainage system.

Siasat.com spoke to a few citizens who had earlier raised concern about the significance of solving this issue, especially during monsoon, as it gets worse during this part of the year.

“The drainage is 100 meters away from our house, the whole locality is directly affected. Some people shifted their house because of the unbearable situation,” Huzaifa, a student of MS College and citizen of Rajendranagar said.

He added that GHMC officials came after countless complaints, but they left away without doing anything.

“Travel has become impossible, and mosquitoes have made our lives impossible,” Hammad, another resident of the same locality said. He further remarked that at a time of inflation and economic crisis, a huge chunk of middle-class people’s savings is being spent to battle the mosquito menace caused by the drainage.

Both live at Happy Homes Colony, pillar 207. Hammad had also earlier tweeted to the GHMC Mayor Vijayalakshmi Gadwal to look into the matter.

When siasat.com contacted a GHMC official on the matter, he pushed the responsibility of the issue around to different departments and evaded accountability.

“Around six months ago, the people of the locality complained to the GHMC, they came and fixed it, but the condition was back to ‘normal’ after some time,” Adnan Hussain from Masab Tank said.

He added that during the monsoon, the entire road gets blocked by rainwater, mixed with drainage water and it becomes impossible for the residents to leave their houses during that time.

In Machcharchowki (nickname for Tolichowki because of being the den of mosquitoes), the drainage issue has led to a mosquito apocalypse.

Speaking to siasat.com, a resident of Tolichowki who request anonymity said: “There is already so much tension caused by COVID-19, now we will also have to worry about dengue and malaria.” He added that mosquitoes have made living in Tolichowki unbearable, one cannot stand still without slapping his own body several hundred times.

However, as compared to Rajendranagar, Masab Tank and Tolichowki, the situation in Malakpet is much better according to Safiullah Habib, an electronics engineer. He said that the area always used to have issues, related to drainage, but now the GHMC is doing good work.

Safiullah Habib, who lives in Malakpet’s Wahid Nagar remarked that within one day of notification, the local cooperator, Saifuddin Shafi takes action and starts the work.