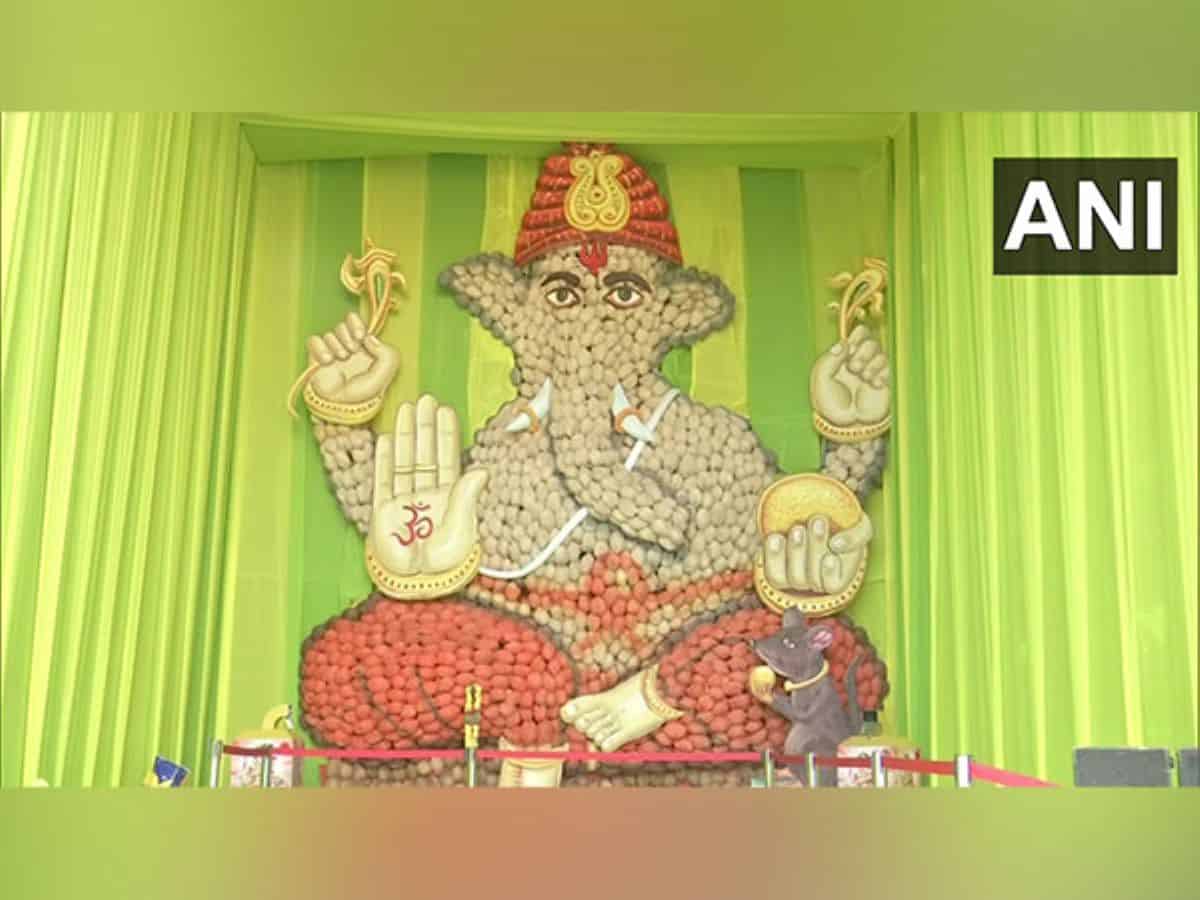 Hyderabad: Mild tension prevailed at Hussaini Alam in Old City after a person allegedly pelted stones at a Ganesh procession. However, acting swiftly the police controlled the situation and dispersed the crowd.

In the wee hours of Friday, a Ganesh procession was passing from Baragalli towards Hussainialam main road. Suddenly stones were pelted on the procession from the fourth floor of a nearby building.

The organizer of the procession Pratik Sharma immediately alerted the police about the incident. Eighty members, who were a part of the procession, staged a protest on the spot and demanded action against those involved in the pelting stones.

The Deputy Commissioner of Police south zone P Sai Chaitanya reached the spot and dispersed the protestors. The suspect has been identified as Syed Mohammed Hassan Razvi (38) the owner of the building. A case has been registered by Hussainialam police and an investigation is underway.

On the final day of Ganesh immersion-2022, the police are maintaining strict vigil and caution and extra police forces have been deployed in the city.