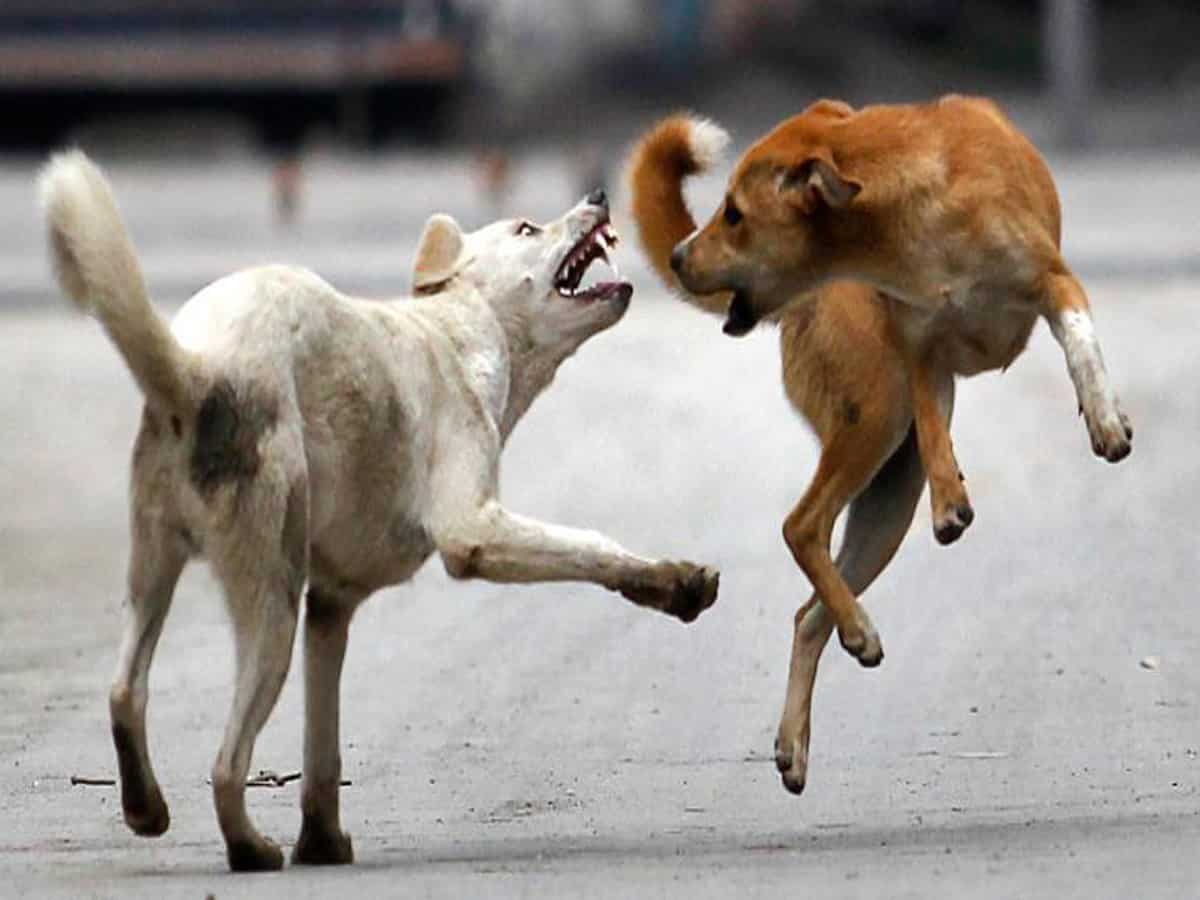 Hyderabad: Residents of the old city have been dreading to walk on the streets and have been facing serious problem due to stray dogs’ menace in Bahadurpura, Jangmapet, Santosh Nagar and in several other residential areas.

Despite the death of an eight-year-old boy after being bitten by stray dogs in Bahadurpura, no permanent action has been taken by the municipal department. According to the officials, there are around one lakh stray dogs in the Charminar zone.

“We are very much scared to send our children out to play, as we heard about the little child who was bitten by stray dog and died. These stray dogs tend to bark at children and run behind them,” says the resident of Bahadurpura.

Day by day the number of stray dogs is increasing and it has become a serious threat for the locals who step out in the locality.

Despite several complaints to the veterinary department of Charminar Zone, the problem was not addressed on a permanent basis, locals lamented.

Moreover, as they are large in number in the area, they become aggressive when they find children playing and riding bicycles in the area, added residents.