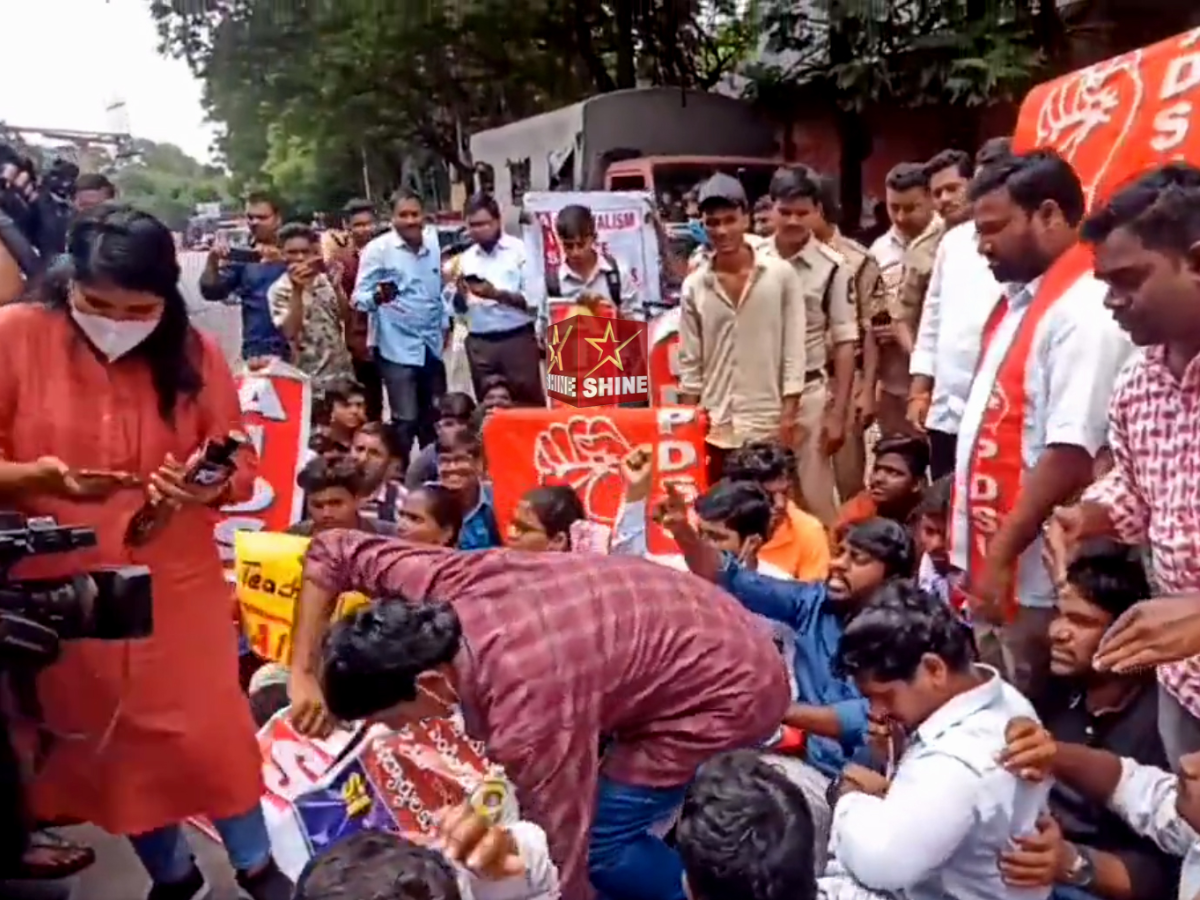 Hyderabad: Leaders and activists of student organisations affiliated with the Left parties on Wednesday tried to lay siege to the office of Telangana Education Minister P Sabitha Indra Reddy here.

Raising slogans in support of their demands, the protestors belonging to the Students Federation of India (SFI), All India Students’ Federation (AISF), and others tried to barge into the office but they were stopped by the police.

This led to a heated argument and pushing and jostling between the two sides, causing tension in the area.

The protesters then squatted on the road, leading to traffic jams.

Police arrested the protesters and forcibly shifted them to police vehicles. They were taken to Abide, Narayanguda, and Begum Bazar police stations in the city.

The student groups demanded that the government immediately supply textbooks and uniforms to students.

They also urged the government to immediately release funds towards the arrears under the fee reimbursement scheme and scholarships.

They also demanded free bus passes for students. The student groups said the government should increase funds for the mid-day meal scheme and pay the pending bills.

They urged the government to bring legislation to control fees in private and corporate schools and colleges.

The student groups sought immediate filling up vacant posts of teachers and headmasters and also wanted the government to scrap the new education policy.