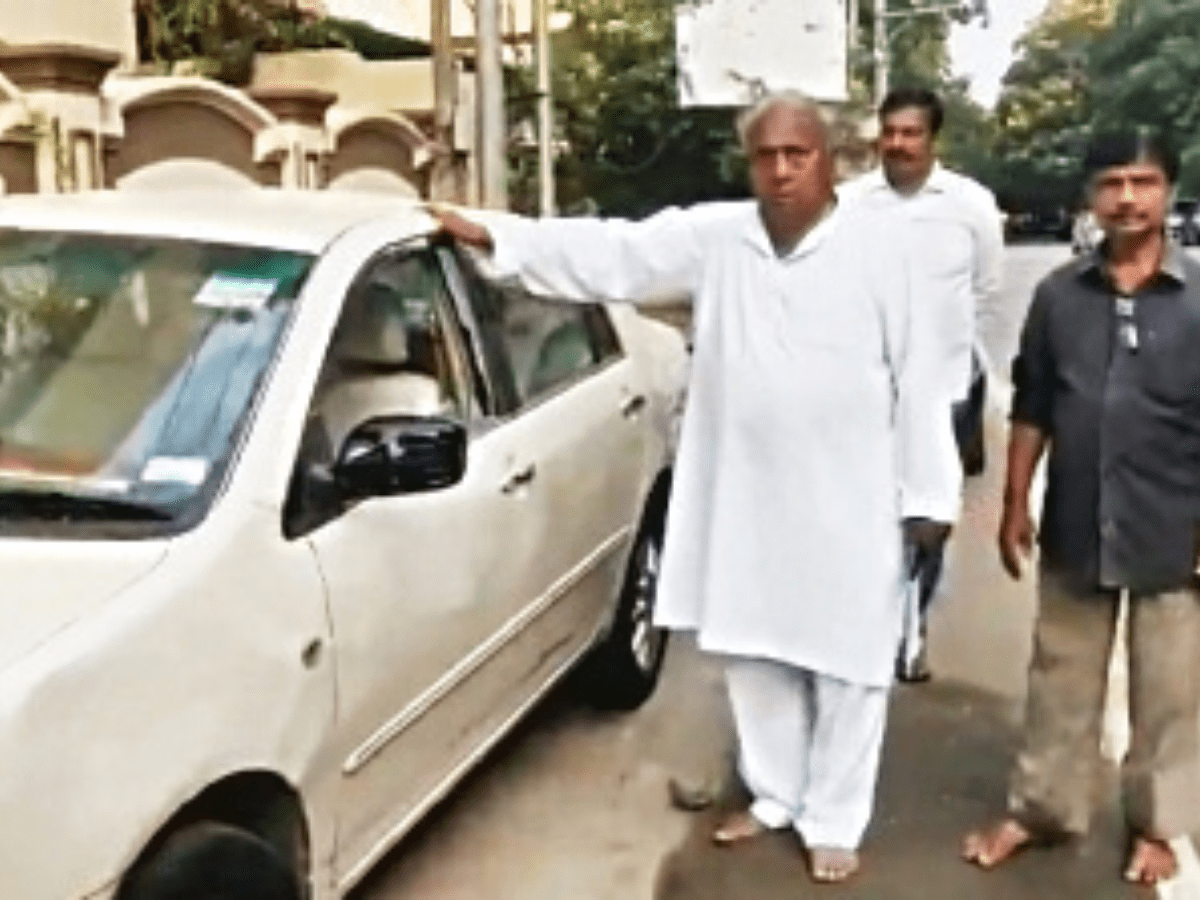 Hyderabad: An 18-year-old was taken into custody after he threw stones at the residence of senior Congress leader V Hanumantha Rao and damaged his car on Thursday.

The man was identified as Siddharth Singh, a hotel management student. He is a neighbor of the Congress leader and has been staying there for the last six months.

Speaking to Siasat.com, additional inspector of the Amberpet police station Prabhakar said, “Siddharth and his friends would play cricket at the rooftop. This did not go well down with the Congress leader’s watchman, Murali. Out of anger, Siddharth damaged V Hanumantha Rao’s car.”

No FIR has been lodged filed yet.

On Wednesday night, unidentified persons pelted stones at the residence of V. Hanumantha Rao and also damaged his car.

Hanumantha Rao condemned the attack and criticized the government for failing to ensure his security. The ex-MP said he had worked as the Pradesh Congress Committee (PCC) chief and as an ex-MP had no protection.

Rao said in the past said he had received threatening calls and though he made a representation to the Director General of Police (DGP) no action was taken.

Telangana Pradesh Congress Committee (TPCC) chief A Revanth Reddy also condemned the attack on Rao’s house. He spoke to the senior leader over the phone.

The PCC chief said law and order problems were increasing in the state and demanded immediate action against those involved in the attack. He warned that the Congress party will not keep silent over attacks on its leaders.

With Inputs from IANS