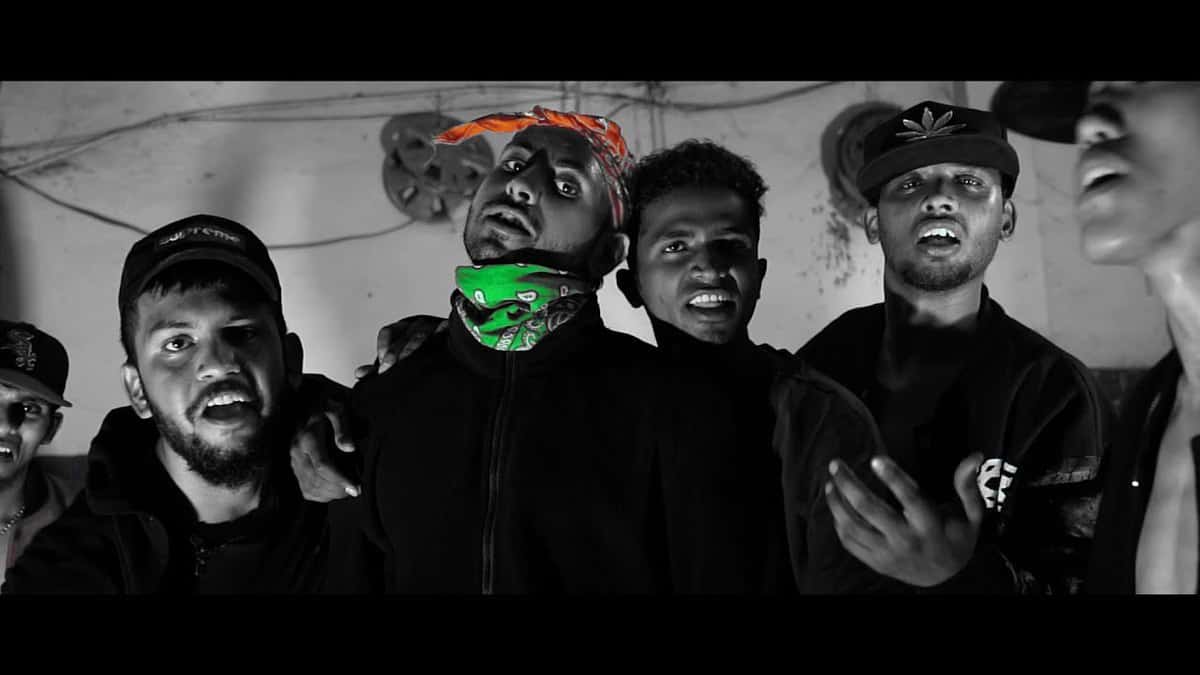 Hyderabad: Artists have always been relevant in social movements and revolutions throughout history. Music and poetry are often used to organize crowds, and sometime also accompany movements when tyrants are overthrown.

For example, the Italian song ‘Bella ciao’ was used by revolutionaries in Italy against the dictator Muussolini-led fascists.

And not far behind are our Hyderabadi rappers or Hip-Hop artists, who are now coming up with new and creative songs to raise their voices against various injustices in society. The movement here particularly gained steam along with the anti-Citizenship Amendment Act (CAA) and anti-National Register of Citizens (NRC) protests.

“Har koi Hindustani aur khoon sabka lal, phir bhi yahan naagrita par kyu hore sawaal,”(everyone’s Indian and everyone’s blood is red, then why is a question of citizenship coming up” was one of the iconic lines from Zakariya Ayuub aka Tiger’s song “Aao Navya Bharat mei”, which was sung in Hyderabad’s Dakhni Urdu.

Dakhni or Dakhni Urdu is a Deccan language that is essentially a mix of Dehalvi (Persian mixed with 14th century Delhi dialects), Kannada, Marathi and Telugu. It is widely spoken in Hyderabad, Telangana, and in parts of Andhra Pradesh, Karnataka (Gulbarga, Bidar and Bijapur mainly) and Maharashtra (Osmanabad, Aurangabad etc).

The rap scene in Hyderabad, particularly dealing with sensitive topics like the CAA and NRA, speak about the division and hatred that is visible in Indian society today, which many associate with the ruling Bharatiya Janata Party-led union government.

Ruminating over what is going on India today, Tiger says, “By birth, we are Indians sharing the same culture, land, blood and nationality. Why are we suddenly being questioned about our nationality based on religion?” He added that India is and will be his country till the day he dies. About future projects, Tiger said that he will talk about the life of the youth who get involved in unwanted crimes and ruin their life in his upcoming son wapas nahi aate(no return).

Zakariya Prasad, who goes by the name Prozach, made a song in English called Armageddon, which he said was inspired by what the prevailing during the anti-CAA and anti-NRC protests. The song speaks about how the establishment has made democracy into an elaborate game. “In other words, it speaks of the current state of affairs,” he said.

In the song Armageddon, Prozach, takes on corruption, nepotism, and the government “bending to the corporates”. He told Siasat.com, “End of the day, people are ready to manipulate others just to stay on power or expand it. Real leaders don’t mislead, they voice out what is necessary and think from a grander perspective,” he added.

Asura or Adusumalli Pramod Seshi Roy, who made the Telugu song ‘Em Swatantaram’ or ‘what’s this independence’, questions the kind of freedom that Indians have as citizens. Giving a very philosophical perspective on what people experience, he calls out the inequalities that exist even decades after India being free of foreign rule. “All injustices continue in India even after independence, so what kind of Independence is this?” he asked.

Asura’s song genre is political hip hop, wherein he addresses many social and economic issues such as equality, hate in society, corruption, discrimination, oppression, etc., He said his next song is about telling young kids to follow their dreams and not let the opinions of others deviate them from following their dreams.

Trivikram Valsa a.k.a Rowdraa is another artist who writes and sings in Telangana’s dialect of Telugu. He said that his song questions the ‘individual’ about equality and them choosing wrong paths often which messes up their lives. “Oppression, inequality and injustice has led me to write the track Maarava,” said Rowdraa. He also highlights social issues such as greed, domestic violence, casteism, and communalism.

The above mentioned artists are all however independent, and pursue their art simply out of artistic indulgence, as they are not a part of any industry. Not being tied to any corporate house also gives them the freedom to express themselves freely, and stay clear of any kind of sensorship.