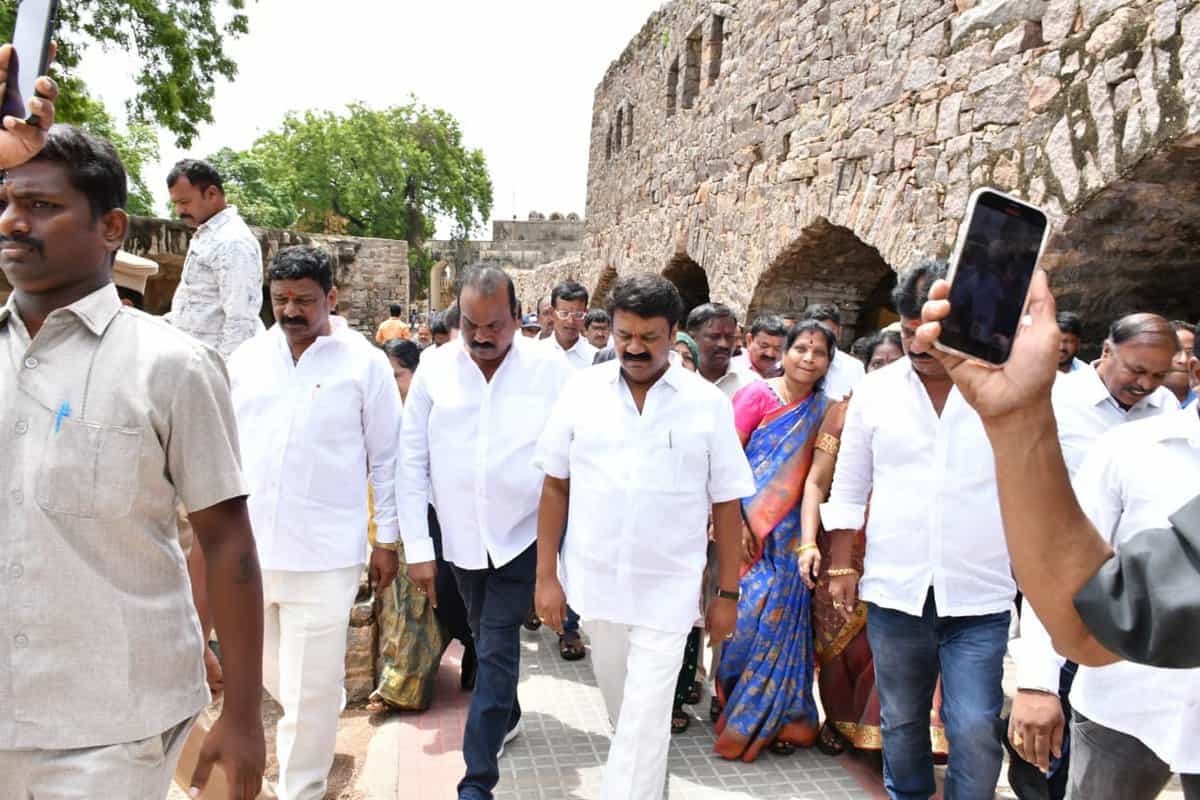 Hyderabad: The minister for Animal Husbandry, Fisheries and Cinematography Talasani Srinivas reviewed the preparation works of the Bonalu festival celebrations on Tuesday at the Golconda fort. The celebrations at Golconda will take place on June 30.

“The Bonalu festival represents Telangana’s diverse culture. The government is planning to organise the celebrations in a grand manner,” the minister said during the review along with local MLA Kausar Mohiuddin.

The celebrations at Secunderabad will take place on July 17 and in Hyderabad on July 24, the minister informed.

Talasani said that measures are being taken by various departments to make sure that devotees don’t face any problems during the celebration. “26 temples along with Golconda’s Jagadamba Mahakali temple will receive ceremonial clothes from the state government on the occasion of Bonalu. 800 police personnel that includes she teams along with CCTV surveillance will be set up for the celebration to happen without any hiccups,” he said.

The minister further said that 8 areas around the Golconda fort are identified for the sake of parking and 14 areas are identified to divert traffic. “8.75 lakh water packets and 55000 water bottles will be made available by the waterworks department. Four ambulances and five medical camps will be available for the public,” he informed.