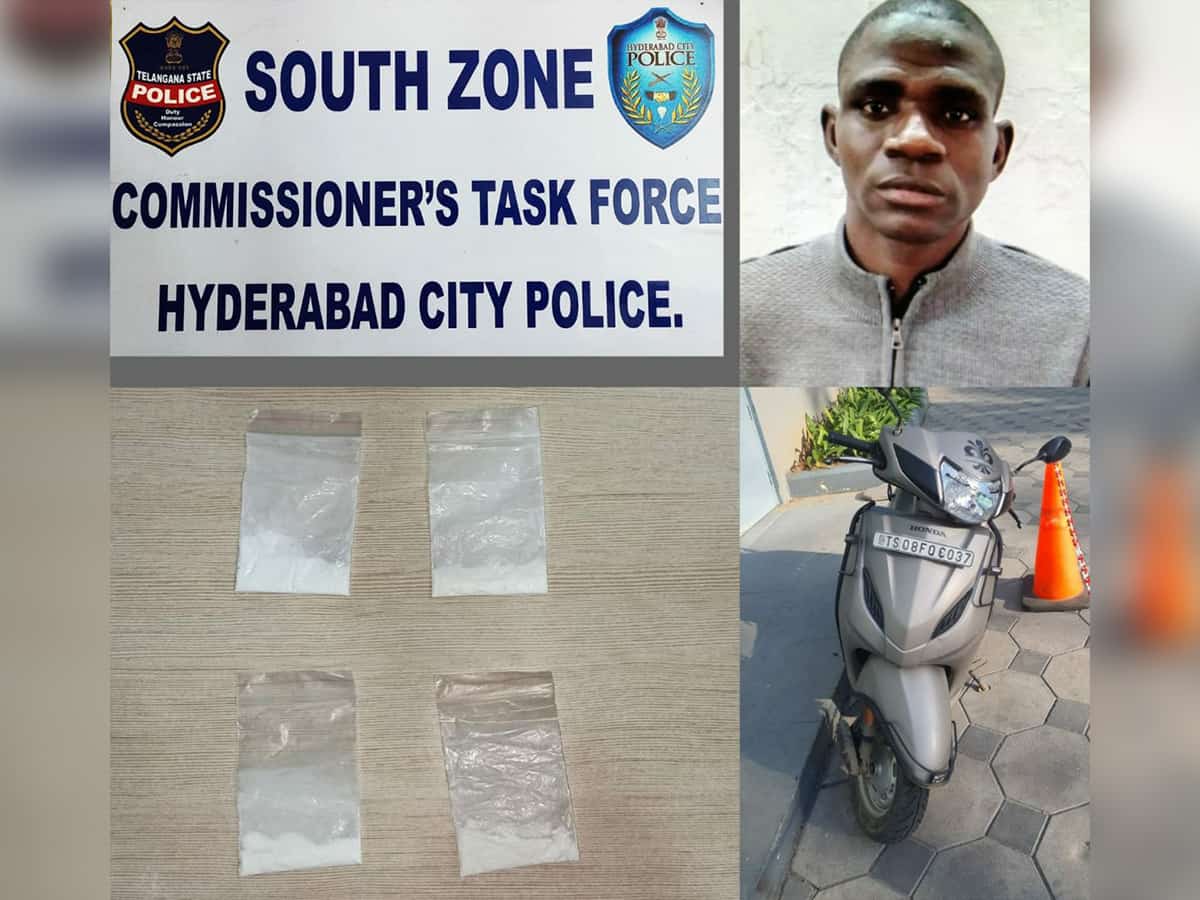 Hyderabad: The sleuths of the Commissioner’s task force on Sunday arrested a Nigerian national for smuggling of drugs in Hyderabad.

Daniel was addicted to drugs, meanwhile he came in contact with one person by name John Paul, of Delhi who is also a Nigerian National and habitual drug peddler.

Both Nigerian nationals hatched a plan and started drug supplying in and around Hyderabad city.

Earlier, Daniel was arrested by Langarhouz police in a drug supplying case and later released from jail.

After release from jail he started supplying drugs to needy customers with the help of John Paul. The arrested accused was selling drugs (cocaine) to the desired customers for an amount ranging between Rs.8, 000 to 10,000 rupees per gram.

The South Zone Task Force team along with Panjagutta police apprehended the accused near GVK Mall, Panjagutta and recovered 04 grams of Cocaine from his possession.