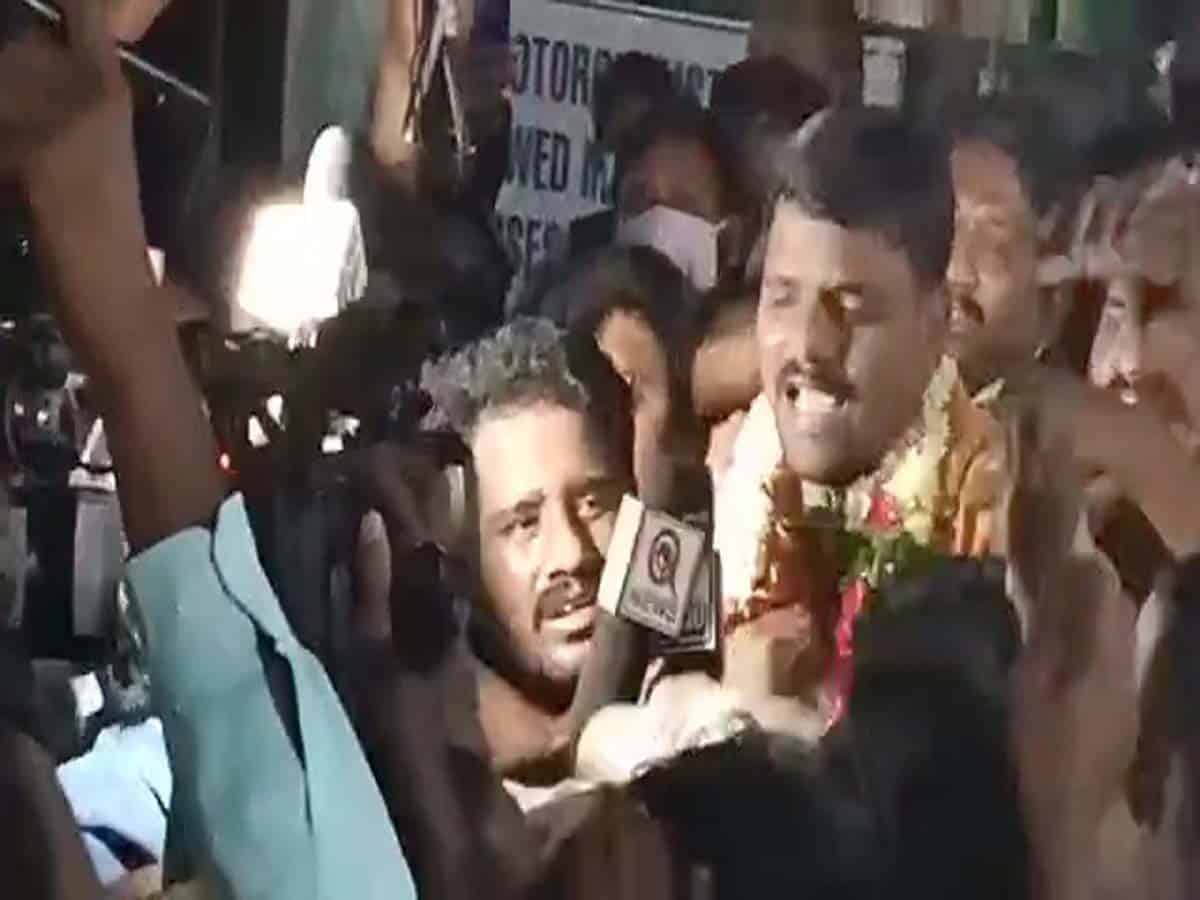 Hyderabad: Noted YouTube channel anchor Chintapandu Naveen aka Teenmar Mallanna, who has been in jail for a long time, has finally got bail from Telangana High Court.

Soon after getting bail he was released from Cherlapally central prison. Huge crowd gathered at the jail and he was welcomed by his fans.
The police have arrested him in connection with different cases filed against him across Telangana state. He spent more than two months in jail. He was arrested in a blackmailing case involving an astrologer in august this year.

The police raided his Qnews office and seized some documents and hard disks. A total of 38 cases have been file against mallanna so far. Of this , 6 cases have been quashed by the HC. He got bail in the 31 of the 32 cases.

The wife of mallanna recently met with union home minister Amit shah and lodged a complaint stating that her husband was being falsely framed by the state police. The national BC commission has also expressed its unhappiness over the cases against the journalist .