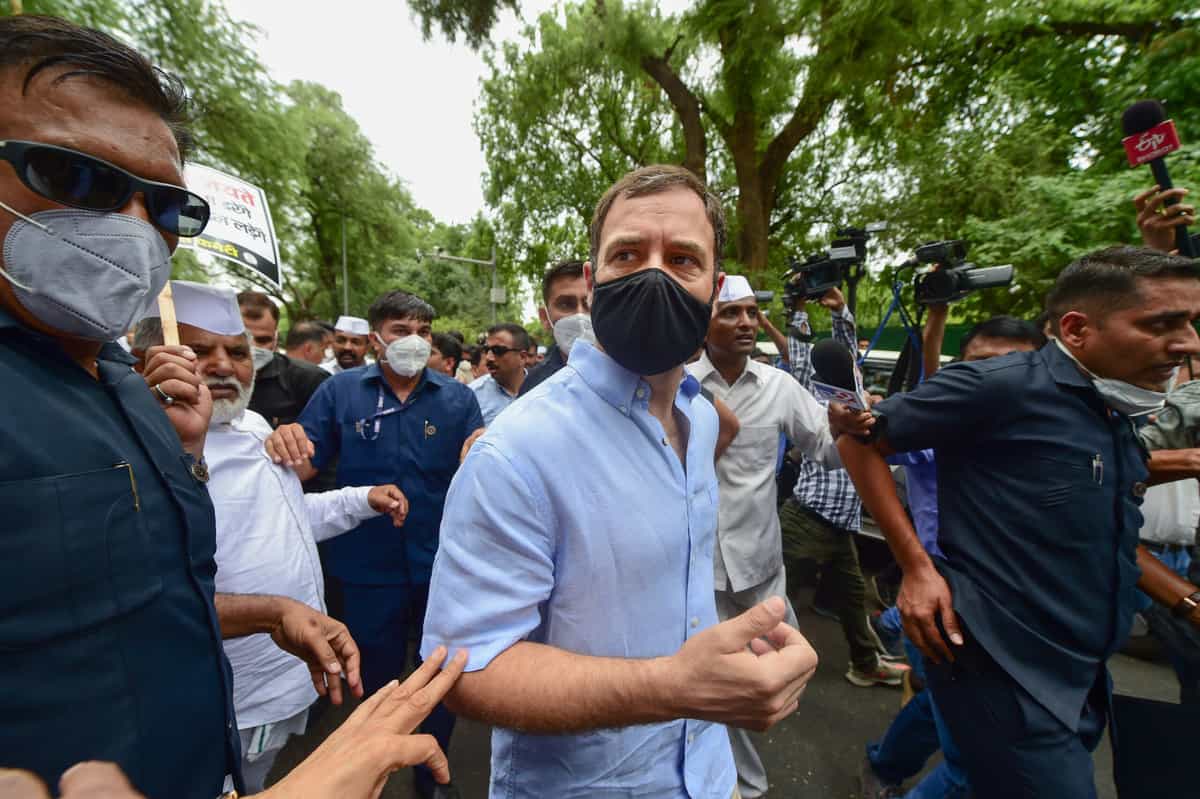 Hyderabad: The Telangana Pradesh Congress Committee (TPCC) held a rally in support of Rahul Gandhi, who will be appearing at the Enforcement Directorate in New Delhi on Monday in connection with the National Herald case.

TPCC president Revanth Reddy said that the party was protesting against the Modi government levying “illegal cases” against Gandhi family. The protestors chanted “Satyameva Jayate” as the rally moved towards the Enforcement Directorate in Hyderabad.

Congress workers also staged a dharna (sit-in) on the road in front of the Basheerbagh ED office.