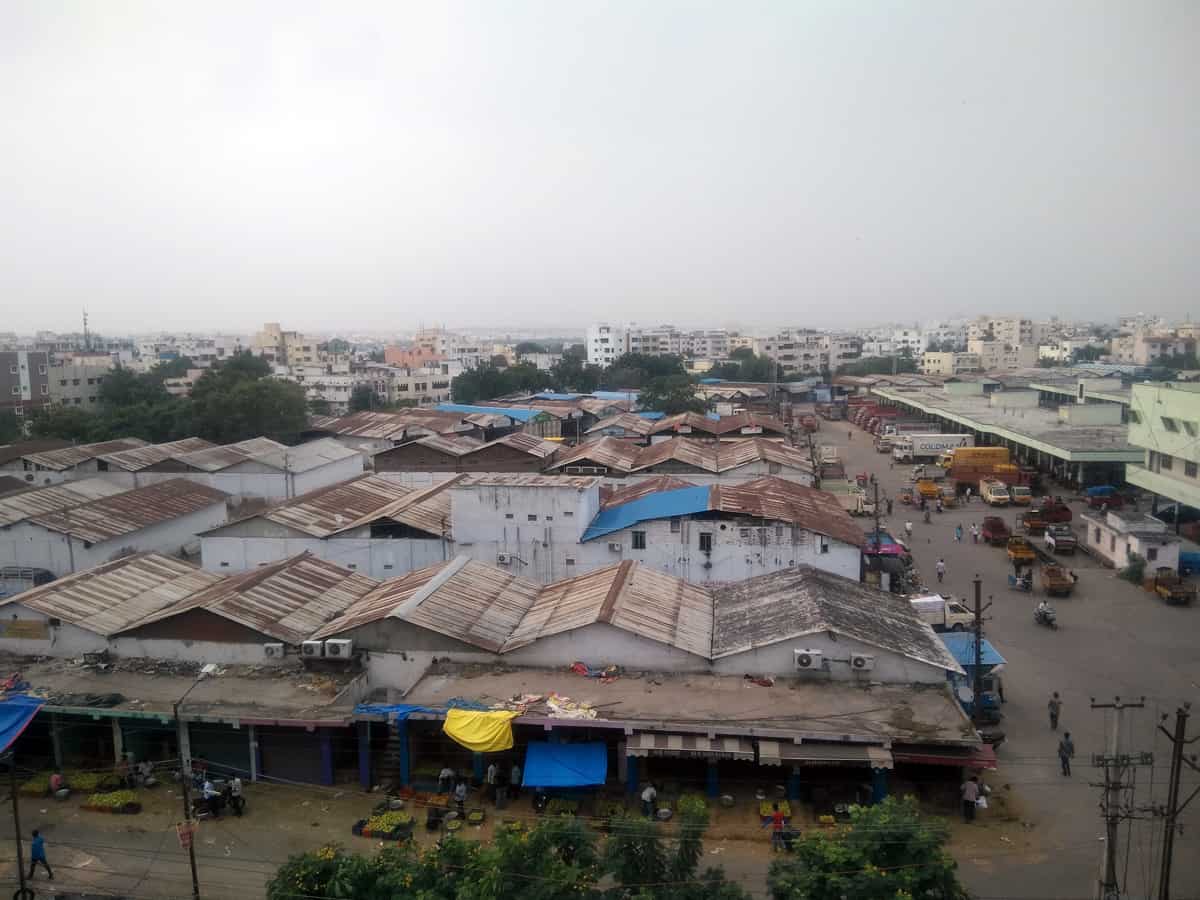 Hyderabad: The future of Telangana’s largest fruit market Kothapet (Guddi anaram) is in jeopardy. The Telangana government plans to build a super speciality hospital on this land.

From October 1, the concerned authorities have closed the Kothapet fruit market due to which the farmers and traders are facing great inconvenience.

The state government ordered shifting of the fruit market to Batasingaram Logistic Park and preventing the fruit traders and commission agents from conducting their business in the existing market.

Apart from the state’s fruit merchants the interstate fruit traders are also suffering  lakhs of rupees of losses due to the closure of the existing fruit market.

The State government originally planned to shift the fruit market to the Kohida area of Sangareddy district. But the Fruit traders refused to go there as the place has no facilities.

Consequently, the state government decided to shift the fruit market temporarily in Bata Singaram. But since even this place has no facilities and hence the fruit traders submitted a writ petition in the High court.

The High court bench of the  acting Chief Justice Raj Shekhar Reddy and Justice P Vinod Kumar formed a committee comprising the Legal Service Authority Secretary of District Ranga Reddy and the officials of the Agricultural Market Committee and the petitioners to inspect the Singaram market and submit a report to the court.

The committee submitted its report to the High court on October 4. It is learnt that the high court had permitted the fruit traders to conduct the business till October 18.

The Chairman of the Wholesale Fruit Commission Agent Association Mohammed Tajuddin says, “The state government’s decision to shift the fruit market to Batasingaram is wrong as the place has no facilities for the farmers and traders.”

He further says,, “Due to the sudden decision of the state government to shift the largest fruit market of the state is affecting the livelihood of lakhs of people.  The Government must allow the fruit traders to conduct their business from immediate effect in keeping with the High Court’s order.”