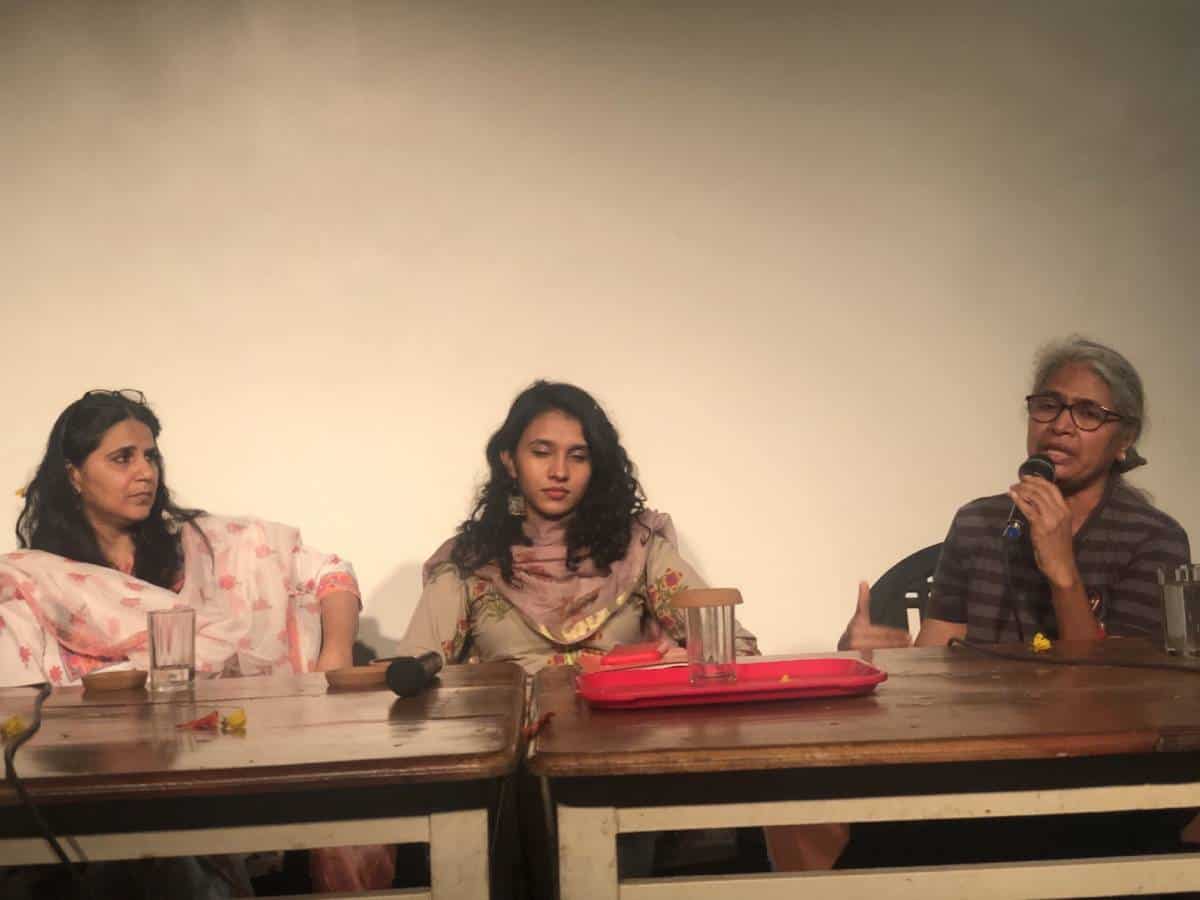 Hyderabad: Given the present social scenario in India, there is a need to recognise women’s agency, special laws to address crimes against humanity and the imminent genocide in the country, said a panel of experts in the city on Tuesday.

The panel comprised of Vahida Nainar, founder & director of Women’s research and Action Group, Fatima Khan, a Delhi-based journalist, and Aseem Prakash, Professor at Tata Institute of Social Science (TISS), Hyderabad. It was moderated by Manisha Sethi, a professor from NALSAAR University.

The event or discussion was organised by the Maulana Azad National Urdu University (MANUU), titled ‘Working with vulnerable women’, as part of a three-day conference called ’Gender& Inclusion: A focus on Muslim women’.

Sharing her experience of working with vulnerable woman, Fatima Khan said,”I find myself speaking on this trope very often. Most people bring up the issue of Triple Talaq , thinking it has reduced the authority of Muslim man. However, many fail to understand the challenges it poses to women, the sense of insecurity is a major issue.”

Khan added that these issues have been evident in the past two years, more so during the police crackdown on Muslims in parts of Uttar Pradesh, following the anti-CAA protest in 2020. ”I had met an elderly woman who was beaten black blue by police personnel who barged into the house,” she recalled.

In an attempt to differentiate between a crime and crimes against humanity, Vahida said, “This kind of violence violence is prevalent everywhere, the conclusion I draw from this is that India is at the point of conflict, which has now become the law. Ehat is happening in India is not being viewed under Article 3 of the Geneva convention. There is a call to genocide and we are witnessing conflict at all levels,” she added.

Vahida then elaborated on the issue of “impunity” and sexual violence against women especially in times of conflict. “Even if cases are registered, most of the times people in power walk free.” she remarked, and added that there are no laws to address this kind of conflict. She pointed out that genocide is recognised as a crime internationally but not in India.

“We don’t even have a law against torture, which is one of the crimes recognised internationally” Vahida added. She stressed on the need for a special Law against incitement to violence and Genocide. “I agree that breakdown of law gives birth to impunity, all countries are responsible for to have a law against such crimes،” said the panelist.

Vahida went on to say that India has ratified the Genocide convention, yet it does not implement it. “Hence there is nothing or nobody to be held accountable. This is why we need to categorise these crimes according to the nature and scale of violence,” she added.

The panel also highlighted how the anti-CAA protest had reflected upon the strength and agency of Muslim women. Even though most women aren’t vocal of the discrimination and violence they face in their homes, they stood up against the unjust law, the speakers opined.

Addressing the lack of “common response”, Prakash said “I have a limited understanding of gender and inclusion, and how institutions are being transformed today.” He then highlighted the shrinking common culture among people of different religion in India today. “We used to take pride in the Ganga-Jamuni tehzeeb of India. Today, there is an evident lack of common response,” he added.