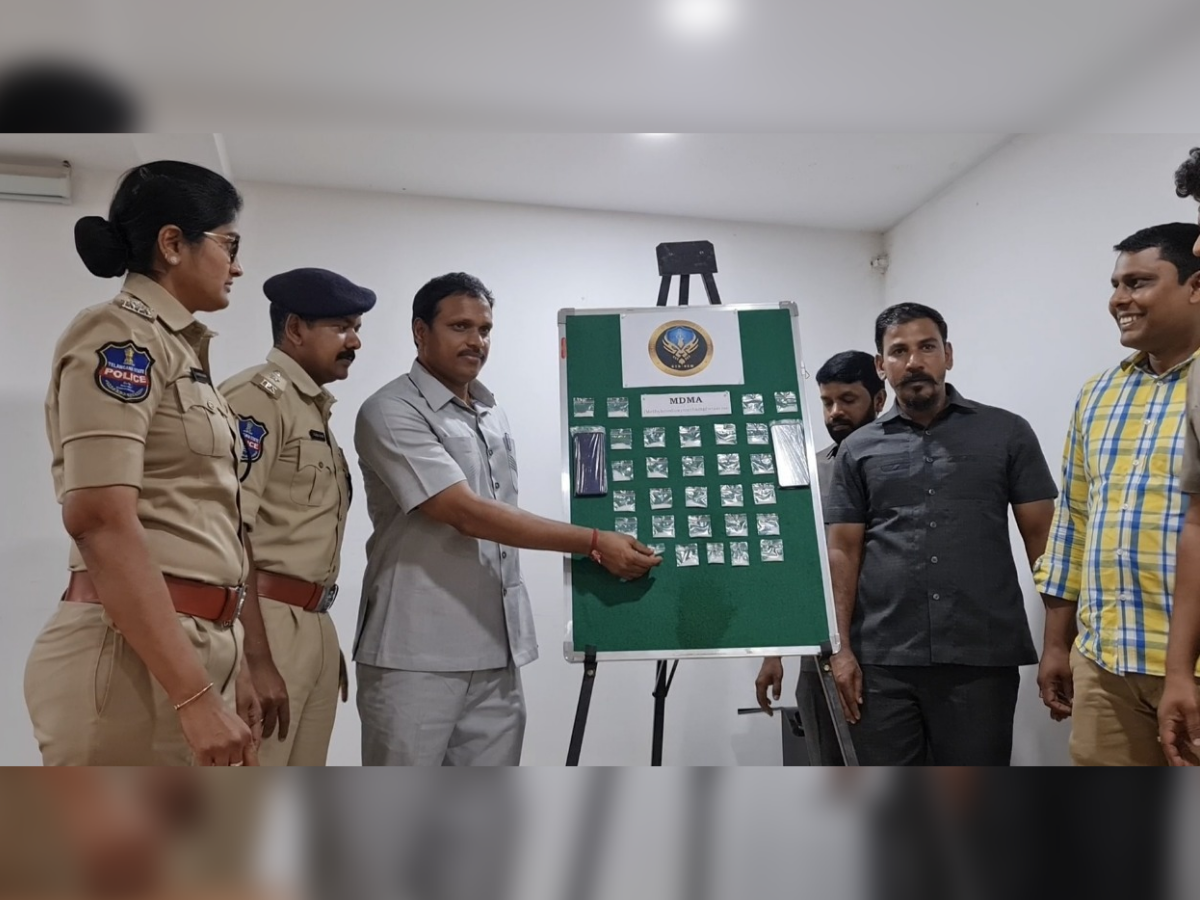 Hyderabad: Three drug peddlers were arrested by the Hyderabad Narcotic Enforcement Wing (H-NEW) along with SR Nagar police on Monday.

On credible information, the H-NEW and SR Nagar police reached the place and nabbed the accused from the ESI bus stop, Erragadda and seized the material.

According to the police, the arrested accused were identified as Navanath Suryabhan (32), Mohammed Abdul Nadeem (29), Mohammed Khaja Mubeenuddin (23) and five others. The officials also seized 30 grams of MDMA and two cell phones worth rupees three lakh from the possession.

The arrested persons with all material were handed over to the station house officer (SHO) of SR Nagar police station for further investigation.