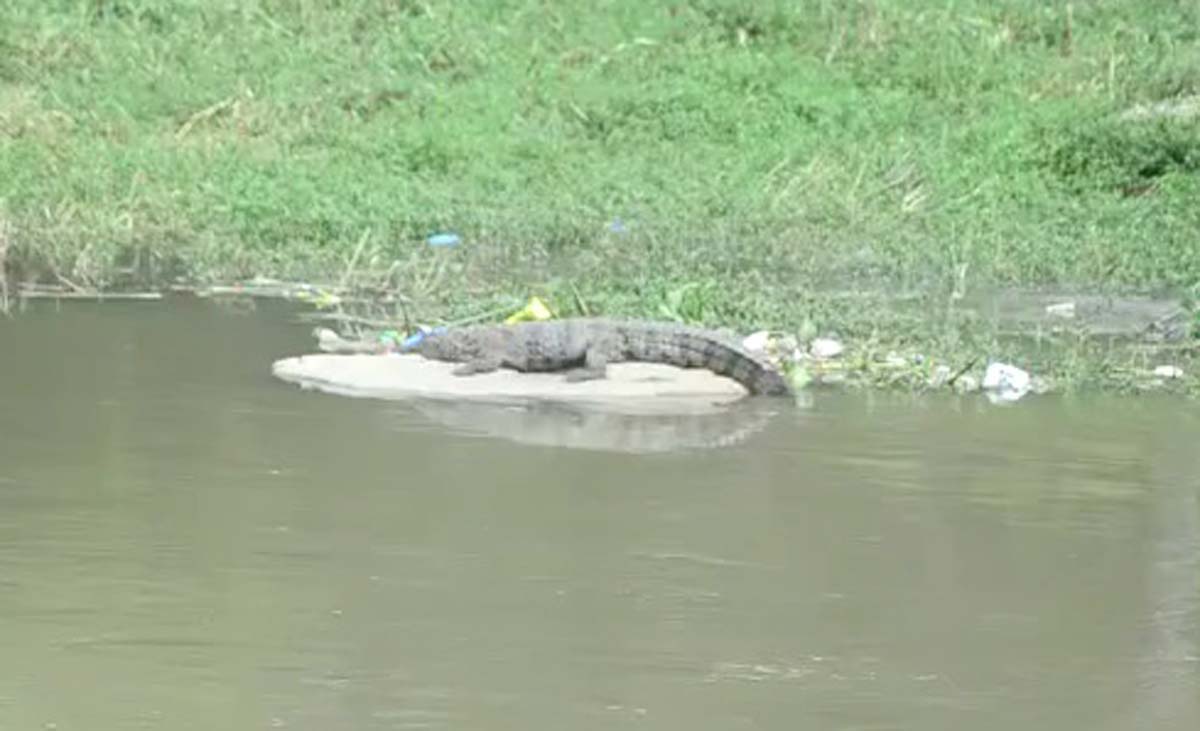 Hyderabad: A crocodile was spotted on the banks of the Musi river near the Pearl Heights Apartments in Attapur here. The public videographed the crocodile and within minutes, it went viral on social media.

Upon being notified by the local residents, the police reached the spot since many curious onlookers gathered at Attapur main road resulting in traffic snarls. The mobile patrolling vans reached the spot and dispersed the public.

The police immediately alerted the Forest department and a team from Nehru Zoological Park was also pressed into service.

The authorities believe that in wake of heavy downpour in and around Hyderabad on Friday night, the crocodile might have washed away in floodwaters from the Himayat Sagar and strayed into the water.

Teams of the forest department tried to catch the reptile but they could not succeed since the crocodile went away into the water.

“The local public alerted the police and in turn, we alerted the forest authorities. We caution those residing near the river bed as the crocodile is still moving in the water bodies,” said K Kanakaiah Inspector Rajendra Nagar police station.