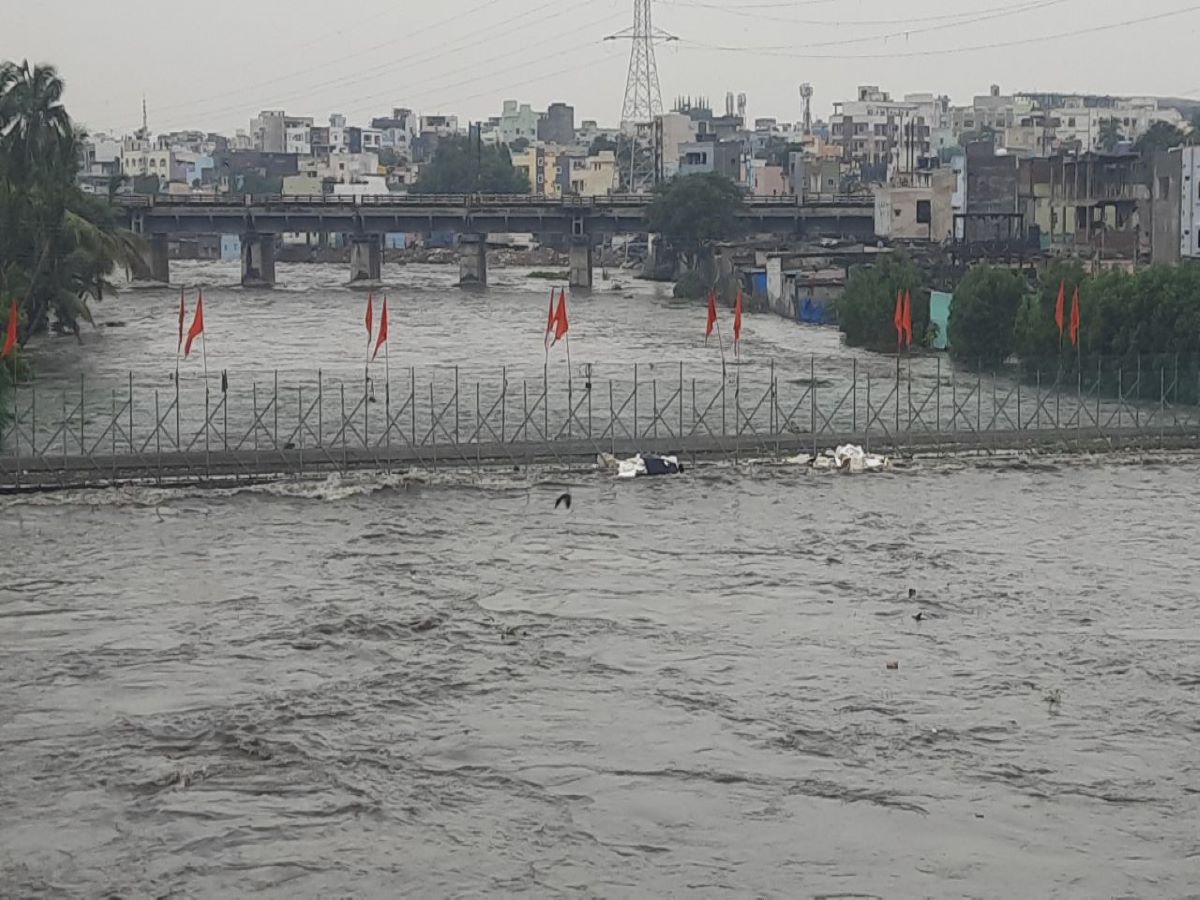 Hyderabad: Hyderabad traffic police on Wednesday issued an advisory amid rise in the level of water in Musi river.

The advisory mentioned that due to heavy flood in the river, no traffic is allowed between Amberpet & Kachiguda and Moosarambagh & Malakpet.

Due to the restrictions, heavy traffic congestion is being witnessed on the Dilsukhnagar-Malakpet-Chaderghat-Koti stretch today.

In view of the traffic congestion, police requested vehicle commuters to avoid the stretch till tomorrow morning and take alternative routes.

The advisory also mentioned that the flood recedes in Musi river and the Moosarambagh bridge will be opened to the public tomorrow.

Meanwhile, the low-lying areas along the Musi river were inundated due to the huge inflow of water in the river.

The inflow increased after authorities decided to open more gates of Osman Sagar to release the excess water from the reservoir.