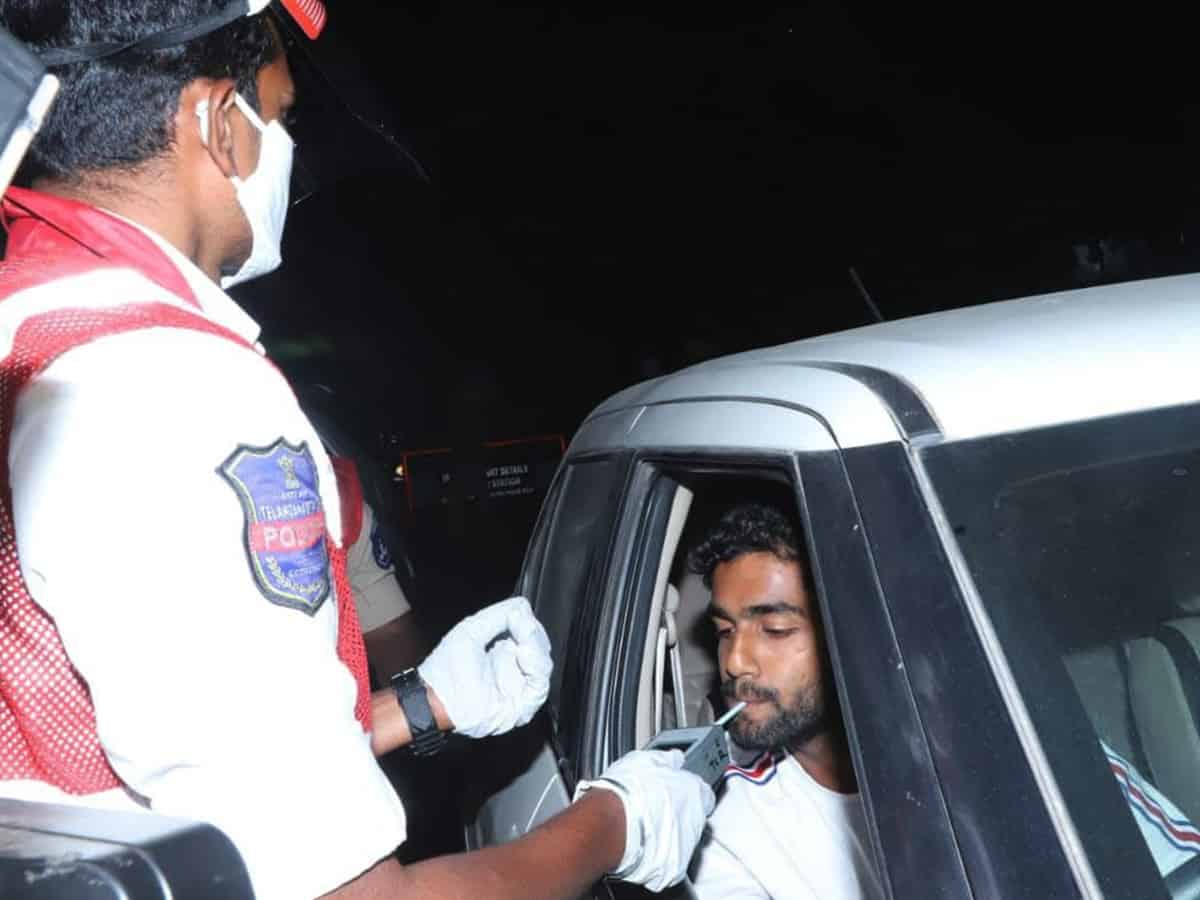 Hyderabad: The city traffic police have filed 32 charge sheets at Panjagutta Traffic police station against the persons who were caught while driving their vehicles in drunken condition and produced them before the Metropolitan Magistrate Court in Nampally on Wednesday.

The court accorded 29 persons involved in drunken driving for the first time a fine of Rs 10,500. Two people were fined Rs 16,500 and their driving license was revoked permanently for driving in a drunken manner for the second time.

One individual, who was driving drunk for the third time continually was fined Rs 16,500 and sent to Chancalguda jail for 12 days.

The police have requested citizens to not drive their vehicles in drunken condition and also informed the general public that driving drunk could result in people not obtaining government jobs, passports, and visa clearances.