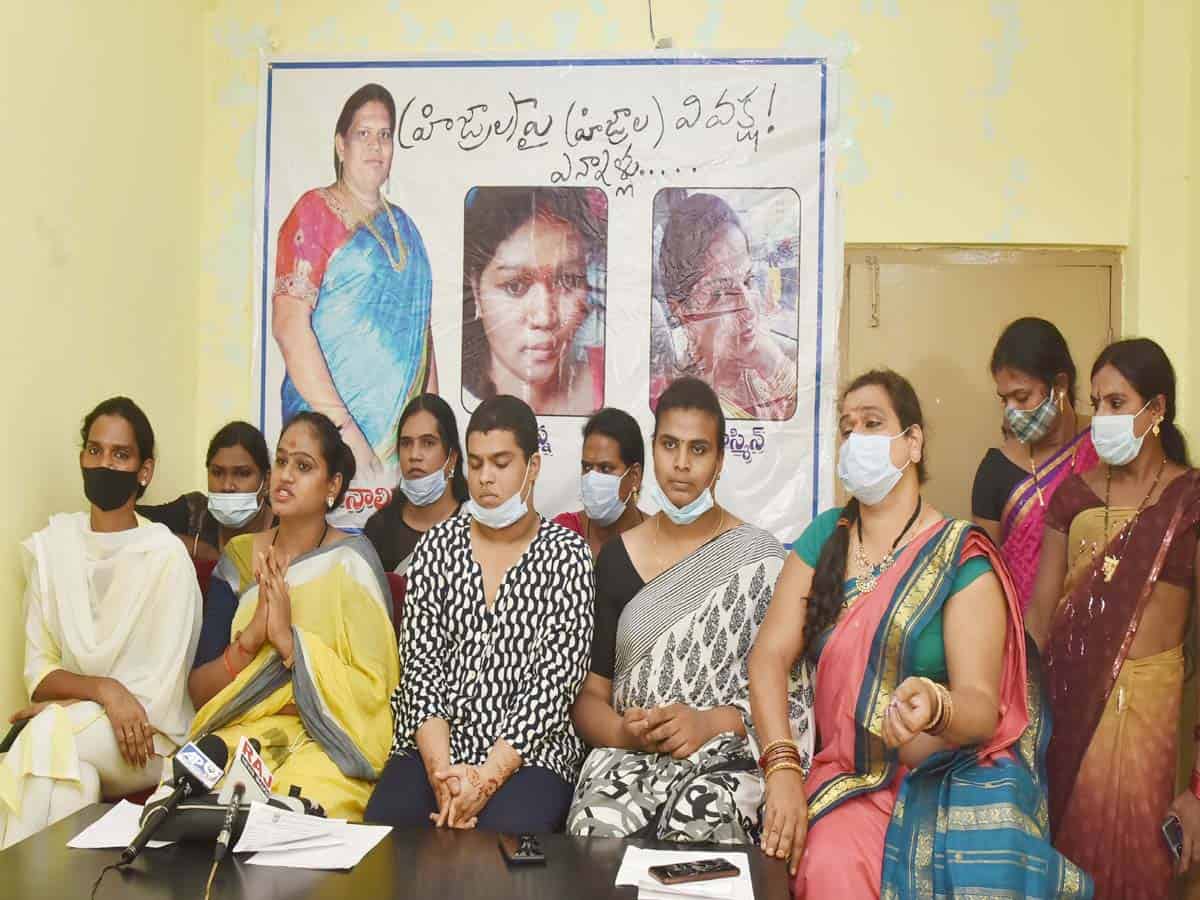 Hyderabad: Transgenders community from the state on Tuesday demanded the state government to take action against fake eunuchs in the state.

The president of the Telangana Independent Hijra Association Laila while addressing a press conference at NSS along with the Vice President of the association Nagam and General Secretary Chandramukhi , said that several fake transgenders were demanding money in various places of the state and added that they were also attacking those who don’t fulfil their demands.

She said that the genuine hijras were losing the self respect and getting a bad name in the state while fake are exploiting them. She alleged that several men were wearing sarees in order to look like the hijras and committing thefts during night times in the city. She alleged that the police were harassing the genuine transgenders instead of the fake Hijras. She claimed that their lives had not been achieved even after the formation Telangana state.