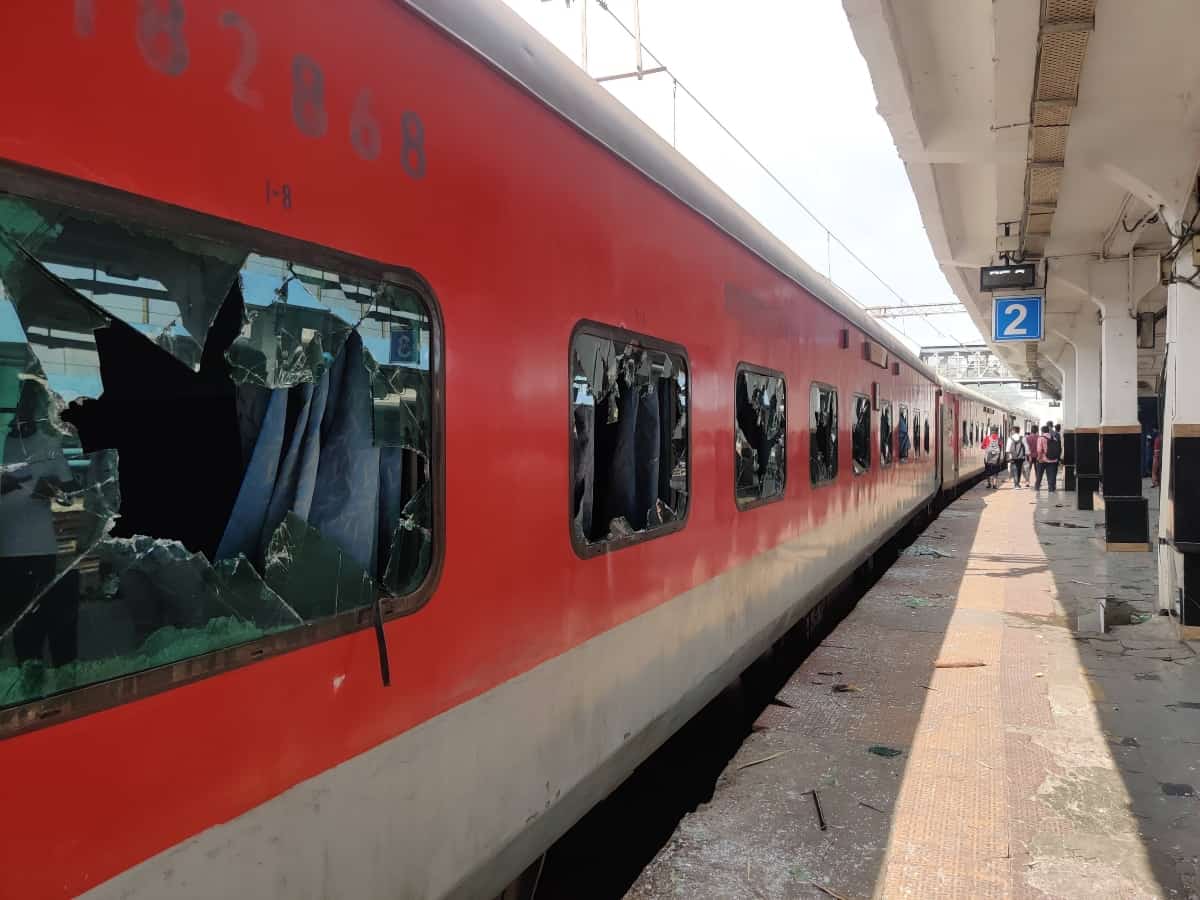 Hyderabad: Following violent protests, the South Central Railways cancelled the scheduled running of multiple trains from the Secunderabad station, leaving many passengers stranded in the city.

On Friday morning, angry youth set fire to multiple trains, damaged railway property and demanded that the government conduct army recruitment exams as usual. The protest peaked when the police lathi-charged and the dissidents resorted to stone-pelting. The police began firing plastic bullets, and one protestor was fatally shot during the scuffle.

Outside the Secunderabad railway station, crowds of people stood around waiting for information about their train schedules. Speaking to Siasat.com, travellers expressed that they were dissatisfied with the railways for lapses in communication, leaving them all in the dark about their ticket reservations and train timings.

“My train is scheduled to leave in 10 minutes and the police are not letting us inside. There is no information about trains being rescheduled. Auto drivers are demanding upto Rs 1000-2000 to leave the station,” bemoaned a traveller, who said that he had booked tickets two months in advance.

One dead, many injured, all aggrieved: Hyderabad’s Agnipath protestors

“A railway employee should at least make some announcements outside the station with a megaphone. We are reading the news on our phones about the protests, but no one has informed us,” complained another traveller outside the railway station.

During this time, the Hyderabad metro rail service was also stopped due to the protest. Multiple local MMTS trains were also stopped.

“Upon talking to the helpline number 139, I learnt that my train, Godavari Express, has not been cancelled. I drove with my 70-year-old mother from very far away and now we are not being allowed to enter the station. The police are not listening to us. What are we to do?” asks a person.

“We booked our tickets online, the whole process was online. Why do the railways not use the internet to efficiently make announcements?” asked a traveller. Others in the crowd also bemoaned that they had been visiting the city and had booked tickets to return to their homes, but with the cancelled trains are now stuck in Hyderabad with no accommodation.