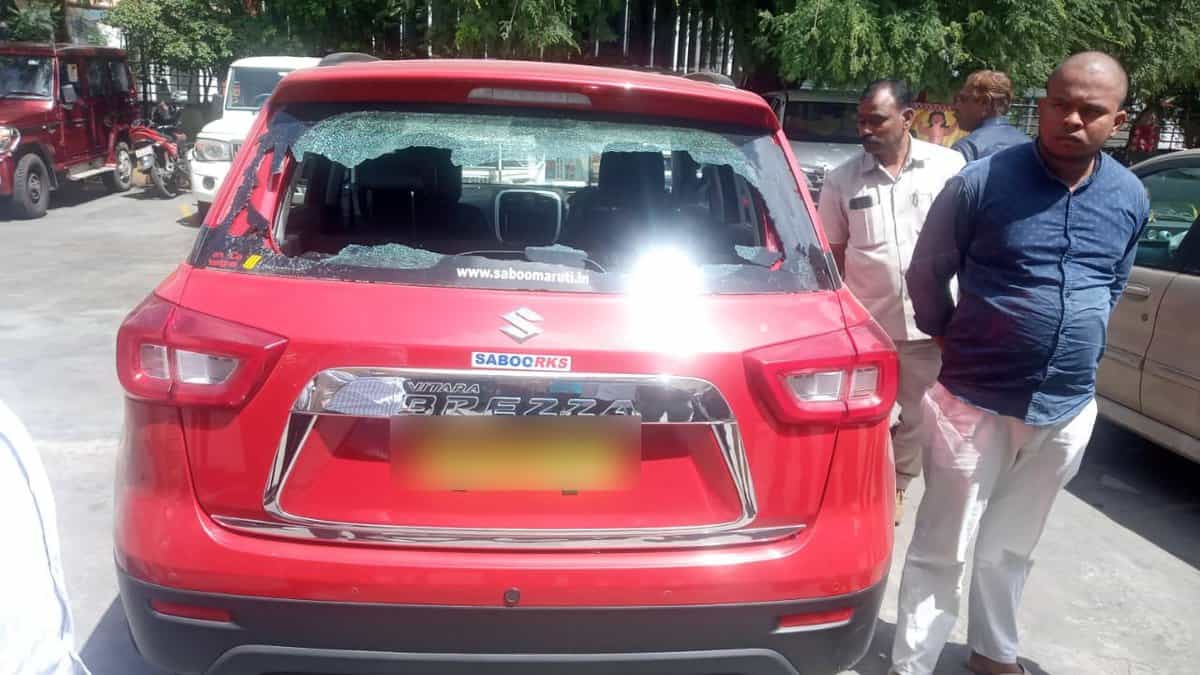 Hyderabad: A car reportedly blocked the path of Union Home Minister Amit Shah’s convoy on Saturday at Punjagutta, sending security forces into a tizzy. The car was reportedly vandalised by the security personnel, media reports said.

After attending the Hyderabad Liberation Day ceremony hosted by the BJP-led centre in the morning, the minister was leaving Parade Grounds. A red car was discovered parked at the hotel’s door when the convoy came close to the Haritha Plaza Hotel in Greenlands, obstructing the path.

Press Agency ANI reported that the car belonged to TRS leader Gosula Srinivas who was driving it during the incident.

“The car stopped just like that. I was in tension. I will speak to them (Police officers). They vandalised the car. I will go, it’s unnecessary tension,” he said.