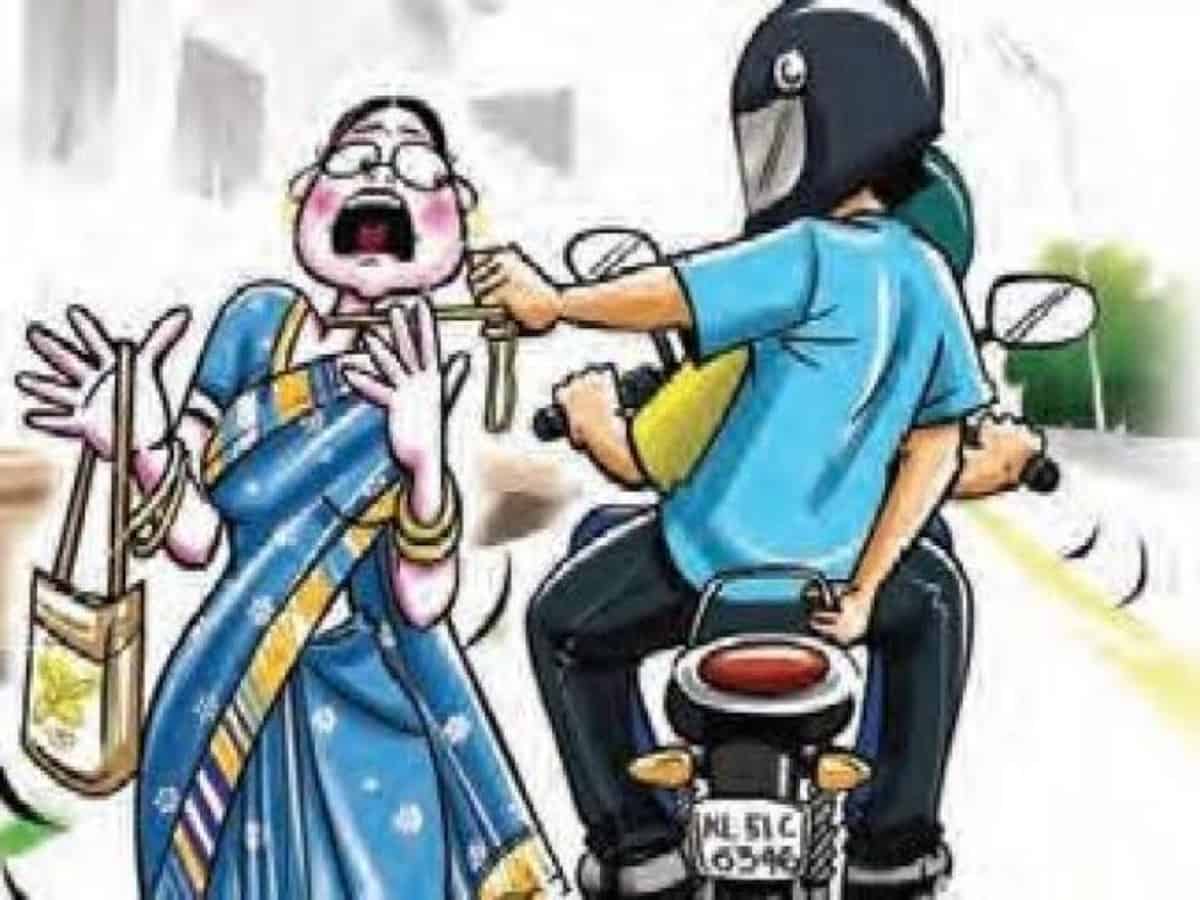 Hyderabad: Two incidents of chain snatching were reported in the Cyberabad commissionerate late on Tuesday night.

The offenders snatched gold chains from passers-by at KPHB and Jedimetla. In both instances, the offenders were captured on CCTV. Two teams have been deployed by the police to investigate the cases. At 8:30 PM on Tuesday on KPHB road no 2, an offender struck a woman at her apartment and escaped with a 3-gram gold chain.

In a separate incident in Jedimetla, around 9:50 pm a woman who was walking back home after work was attacked by an offender travelling on a bike, who attacked from the front and escaped with a gold chain of 2 tolas. According to a report by the New Indian Express, the police stated that the offender was wearing a mask at the time of the incident, he was not wearing a helmet.

The Jedimetla police have alerted the information with neighbouring police stations for any leads on the same.