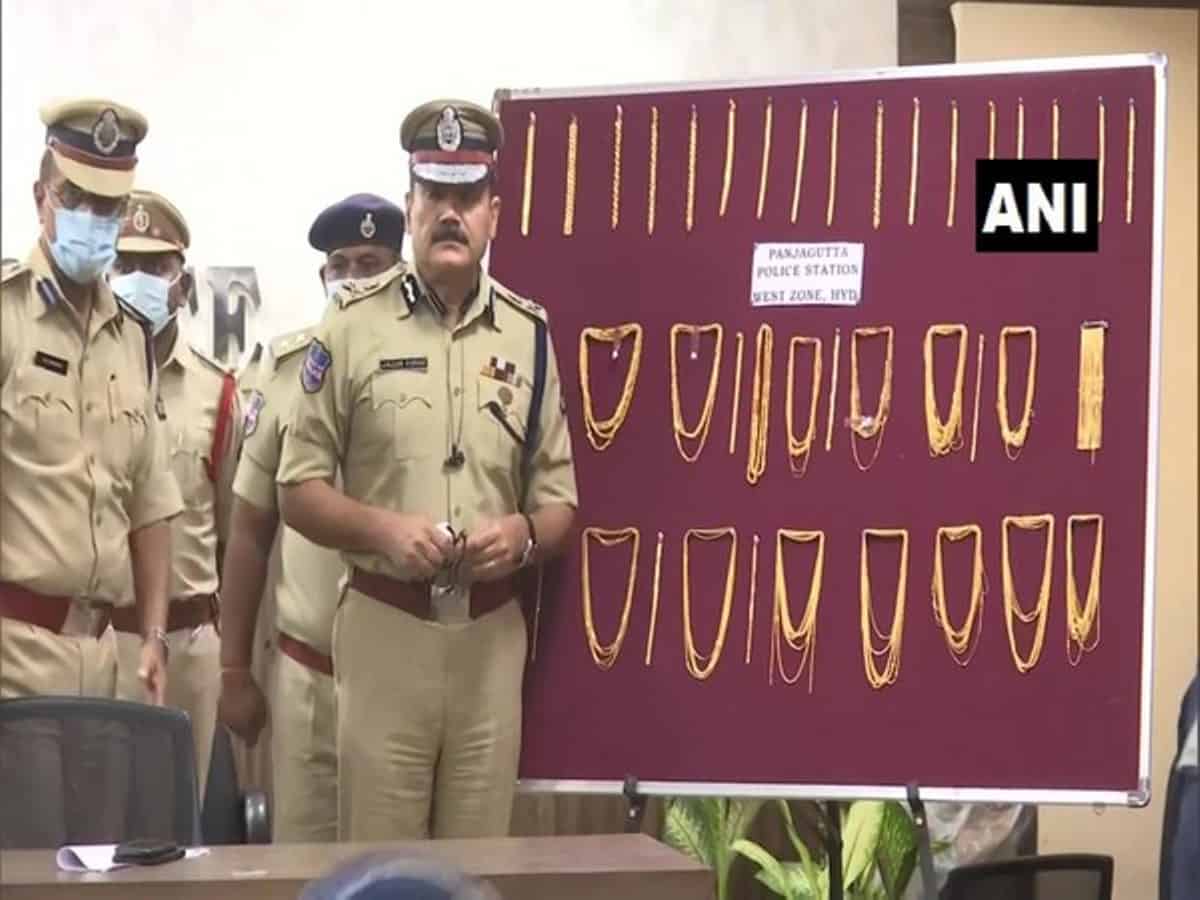 Hyderabad: Police apprehended two men from the Panjagutta region of Hyderabad on Friday for stealing from a jewellery shop.

The accused have been identified as Gulab Mali and Pravin Kumar.

The accused had stolen 2 kilogrammes of gold worth approximately Rs 1 crore.

According to police, both had been working at a jewellery shop in Mumbai for the last 10 years. Gulab used to sell jewellery collected from Shravan the owner of the shop to sell them in various jewellery shops in Hyderabad.

After facing losses in MCX trading, Gulab decided to commit theft with Pravin.

They stole jewellery from their own workplace and took a bus from Mumbai to Hyderabad. Later, Pravin mortgaged 69.150 grams of gold ornaments at a bank for more than Rs 2 lakhs and spent the amount to fulfill their lavish desires, as per the police.

On basis of credible information, the crime branch of Panjagutta police station apprehended both men from Panjagutta along with the stolen jewellery.

“The accused, Gulab and Pravin Kumar stole 2 kg of gold worth Rs 1 crore in the market. They will be produced at the ACMM court. Initially, a Zero FIR was registered in Saifabad and later, a case under sections 379, 381 of the Indian Penal Code was registered at Panjagutta on August 26. The complainant is Shravan Kumar Gehlot. Both were working at his shop named Ranuja Jewellers in Mumbai for the last 10 years,” said Hyderabad Police Commissioner Anjani Kumar.