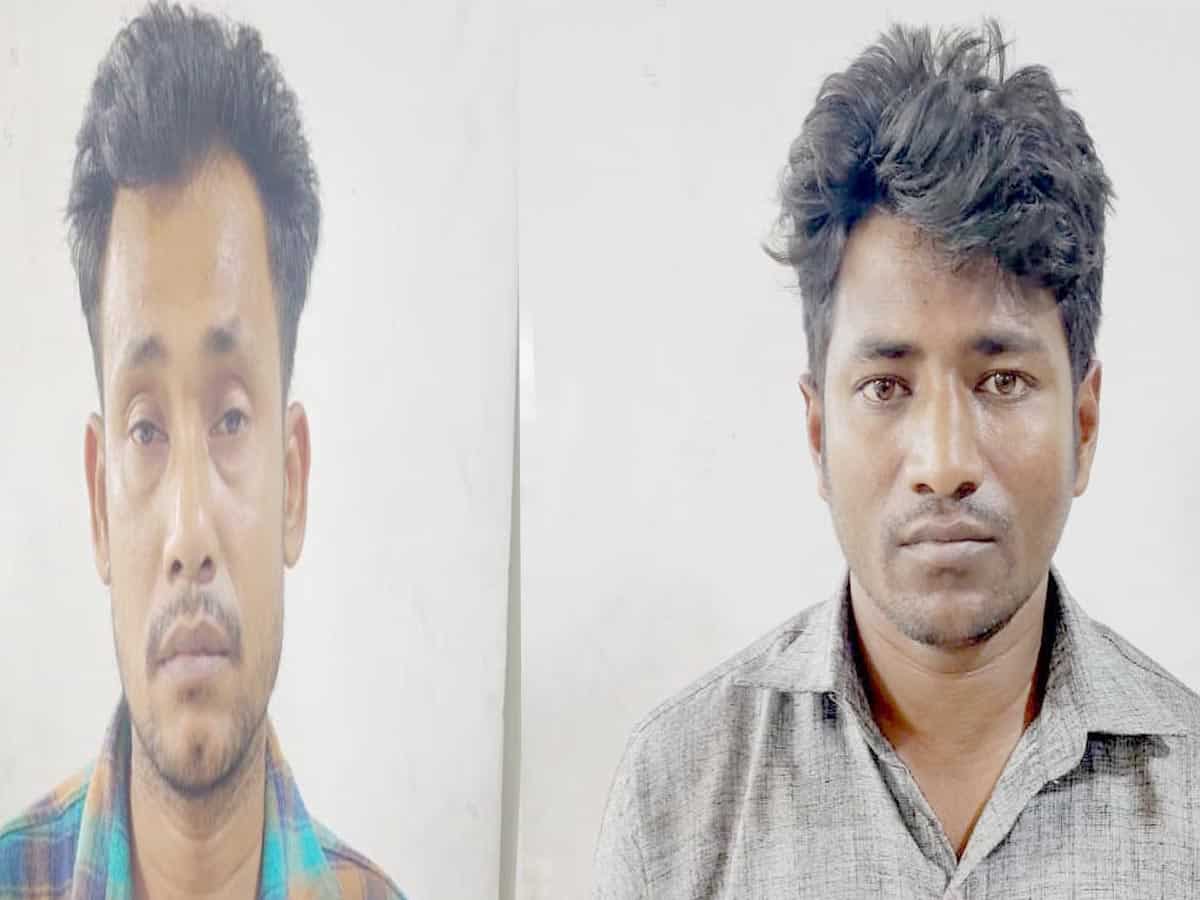 According to the DCP Shamshabad N Prakash Reddy, Abdul Munnaf aka Ayan Ansari and Hafiz Ahmed were both Myanmar nationals and in the year 2017 by crossing the Indo Bangla Border illegally and took shelter at Punjab and Mumbai respectively, subsequently they went to New Delhi and obtained UNHCR Certificate.

Later shifted to the city, staying illegally in the Chintalmet and MM Pahadi area of Rajendranagar and earning livelihood.

Meantime they have indulged in forgery and they have obtained Aadhar card, PAN card, driving license. Based on the documents the accused have managed to get the bank accounts in Nationalised banks and also the LPG gas connection. That’s not all, their children too have got the birth certificates from the GHMC.

Apart from seizing original Indian documents the police have also found many photocopies of Aadhar cards belonging to other Myanmar nationals.

The duo were booked under IPC sections 420 (Cheating) 468 (Forgery for purpose of cheating),471 and section14 of the Foreigner Act while two women Myanmar nationals Noor Khalima and Shaik Rofika are still absconding. The arrested accused have been produced before the court and shifted to Cherlapally jail.