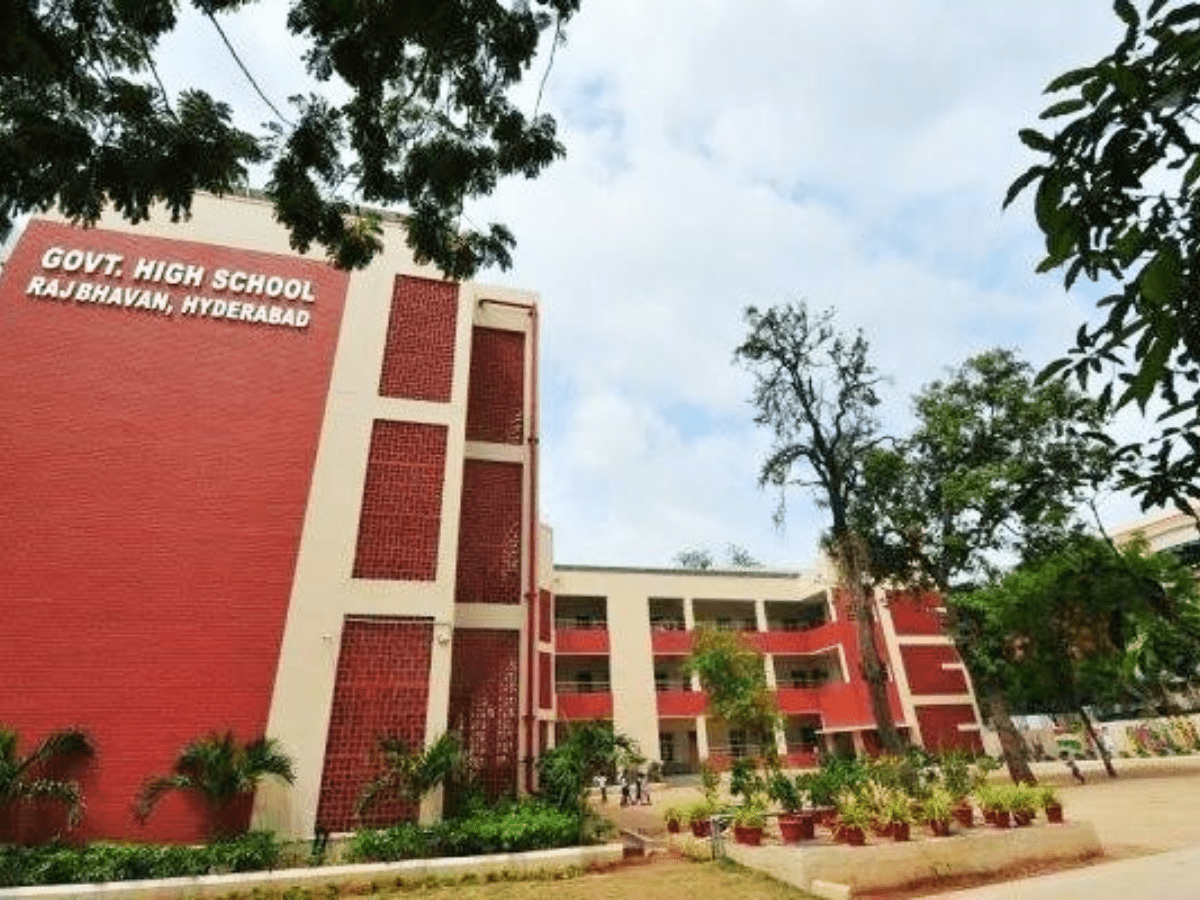 Hyderabad: After government schools reopened in Telangana on June 14, one school received a wave of parents trying to admit their children to the city school on Monday.

The Raj Bhavan government school situated in Somajiguda and known for its excellent infrastructure, saw over 400 parents turn up at the school’s gate for admission. The overwhelmed staff could not keep up with it and had to resort to the police to control the situation.

Apart from excellent infrastructure, the school is known for its high teaching standards, contrary to what most government schools portray.

On Monday, parents started crowding the school management asking them to admit their children. Even as the school authorities tried to explain that they were running at full capacity, the parents did not listen and continued pestering them.

“We currently have over 40 students in each class of the primary section as against the mandate of 30 students. Over and above this, there are only five teachers and a few vidya volunteers to manage 13 classrooms. How is this feasible? We will have to make children sit on the floors and corridors if we admit more,” a senior official was quoted by the Times of India.

Telangana: Despite COVID-19 cases, schools to reopen from Monday

However, parents were okay to make their children sit on floors when the management tried to tell them about this. Many of them, who claimed to have recommendations from MPs/ MLAs, had come from far away places such as KPHB, Old City, Ghatkesar, and Uppal.

The parents stayed put till 4 pm. Police were called to control the situation.