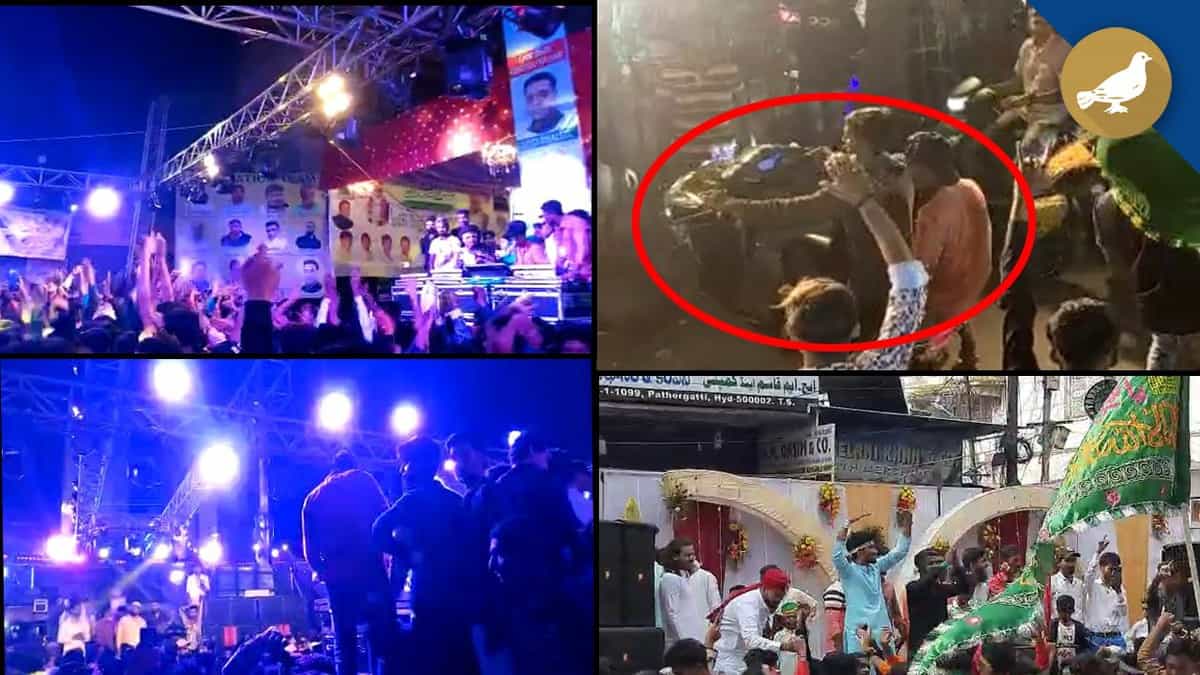 Hyderabad: Milad-un-Nabi is that time of the year when Muslims remember Prophet Muhammad and his teachings, his love for humanity and his mission, his strict adherence to truth and the revolution he initiated as Islam. However, some in Hyderabad don’t quite seem to understand the sacredness and sanctity of Milad-un-Nabi as some parts of the city witnessed unruly behaviour on the streets.

It wouldn’t be unfair to call it hooliganism as horrific videos of youngsters performing bike stunts, blocking traffic, and dancing to remix beats of devotional songs have been doing rounds of the internet. This uncivilised behaviour has already drawn condemnation from many residents who termed it as an insult to Prophet Muhammad.

“This is blasphemy,” remarked Hamid (name changed), a student who’s preparing for civil services in the city and witnessed the Milad celebrations in the Yaqutpura area.

“One would expect a Jalsa-e-Seerat (gathering where the biography of the Prophet is being discussed) or food or people sending salutations to the Prophet in the congregation, but what I saw was complete jahalat (ignorance),” Hamid said.

He further added that he was shocked to see people dancing on the road on a remix of Allah hu Akbar (God is Great), which is a sacred slogan and call to prayer.

A video of an unidentified religious scholar has been doing rounds on the internet where he can be seen confronting youngsters on bikes about what they are doing. “What are we doing in the name of our Prophet,” he can be seen questioning the youths who were on their bikes. “Is our devotion to protecting the honour of the Prophet only for show? What are we doing if not blasphemy,” he lamented.

Maulana Ahsan Bin Hamoodi, the Imam of Shahi Masjid, Public Gardens said people who are doing these juloos (processions) do not represent Muslims or Islam at all, they are a few self-made groups. “No legitimate scholar, institution or organisation stands with them, everyone has condemned these types of actions in the name of Milad-un-Nabi,” he told Siasat.com.

He further added that when someone takes out a procession, there are a few conditions to be met. The leader should be able to control the crowd and correct over-excited youngsters when someone goes wrong, he said.

A few days ago, fatwas (religious rulings) came from many prominent institutions across the country which banned actions that cause noise pollution (loud music) and public nuisance (disco on roads). However, there wasn’t much impact of these fatwas in Hyderabad.